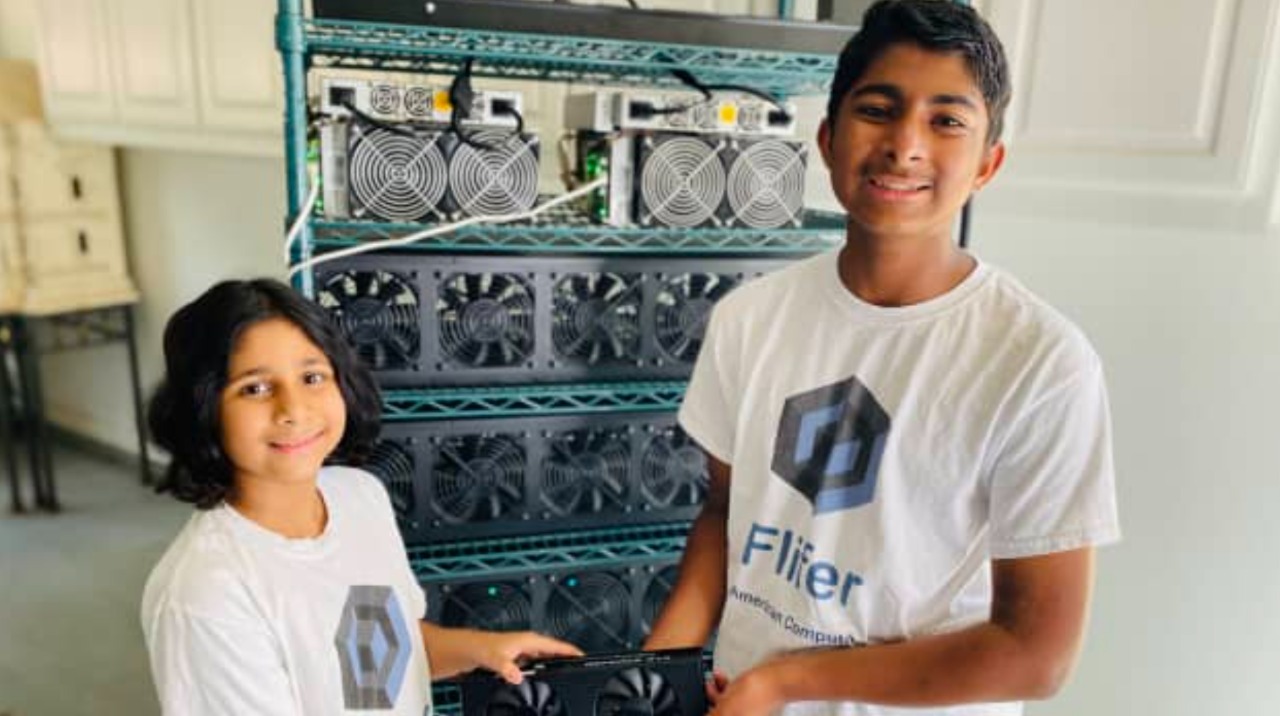 Two siblings, Ishaan Thakur and his sister Aanya, aged 14 and 9 years respectively, residents in Forbes, Texas, are making over $ 30,000 each month by mining cryptocurrency through digital coins; Bitcoin, Ether, Raven coin, and Altcoin amid other top 100.

During an interview by CNBC, Ishaan said that they started the business because they wanted to learn something new about technology. Also, not only establish the cryptocurrency business but also earn money.

According to Ishaan and Aanya, they started their cryptocurrency business during their summer holiday with the help of their parents. After watching  Youtube videos and doing internet research, Ishaan converted his Alienware (gaming computer) into an ether mining rig. He used graphic cards that have a high volume of calculation of mining.  The siblings used ether mining rig since its less surging demand and more supply compared to bitcoin. On April 30th, they were able to register their company under the name Flifer Technologies with the help of their father.

For their first day, they made only 3 dollars. But, after one month and adding more mining processors, they made $1000. The income continued to increase, and by late July, they could afford to buy equipment like Antiminers and Nvidia RTX 3080-Ti graphics cards to start mining with bitcoin and raven coin. However, the mining equipment is expensive and very complicated. For example, each Nvidia RTX3090 graphics card can cost around 2,500 and 3,000 dollars. Also, it requires a lot of energy and computer power. Although, according to Ishaan, the power energy at home is 100% renewable. They use around $3,000 in an electric bill per month plus the data center they have rented in Dallas.

By now, the siblings have 96 processors that can process over 10 billion Ethereum algorithms per second. Moreover, with the currently ordered new equipment by their father. They expect September they will earn around $36,000 per month.

The siblings’ vision is to expand their business with the profit gained. Also, hopefully, the profit from the mining business can be able to pay their college school fees. Ishaan wants to attend Pennsylvania University, study medicine and became a doctor. As for Aanya, she also wants to become a doctor but attend New York University. However, with more years remaining, they can still achieve their dream. Ishaan is in elementary school, and Aanya is just a fourth grader in elementary school.

Making Money in the DeFi Niche: A Review of Wolfystreetbets