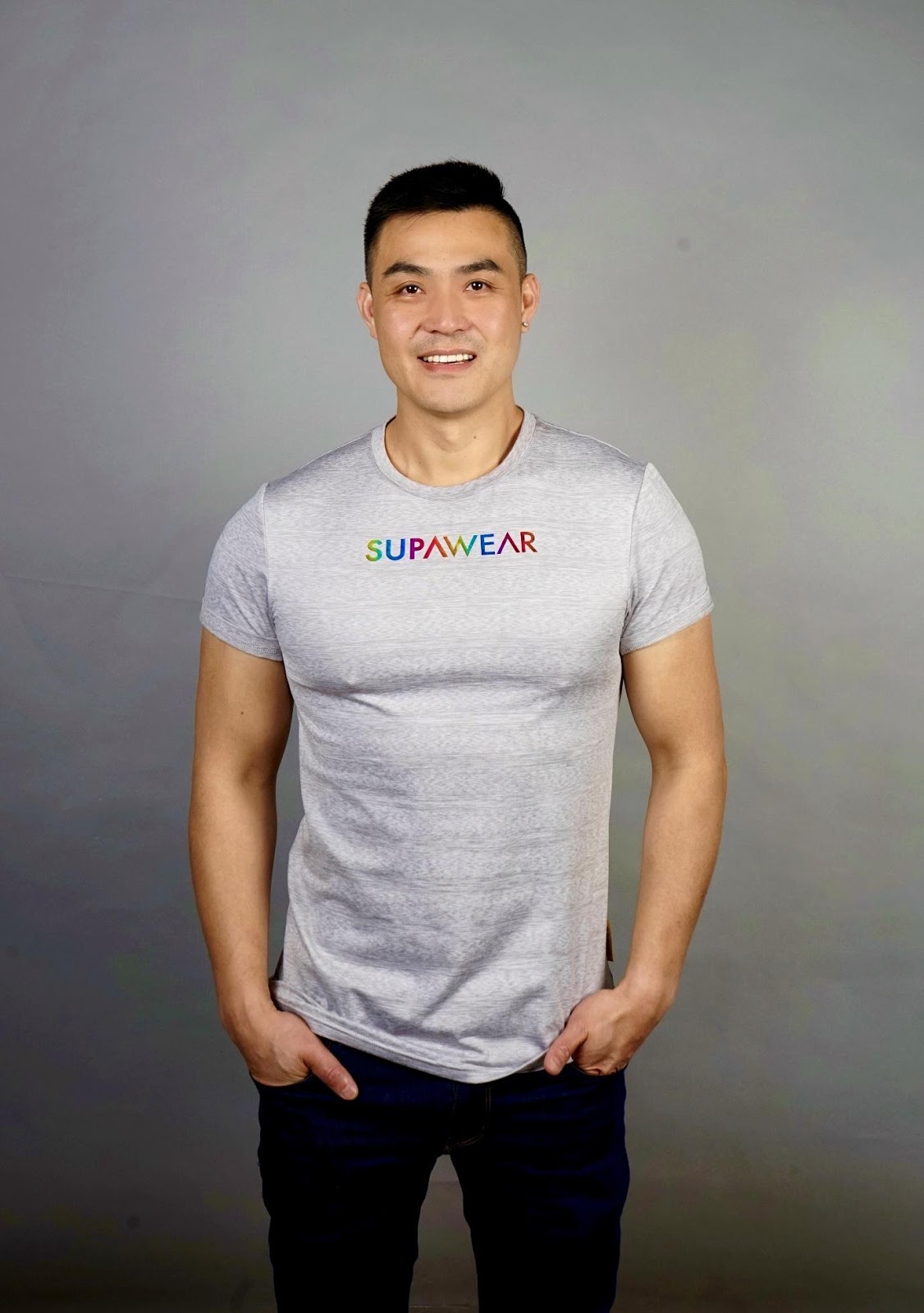 Jason Hoeung is a designer, diversity champion and celebrated fashion entrepreneur. He is the founder of Australian based, The Lifestyle Co. and its two marquee brands, 2EROS and Supawear. Jason, a Visual Communications graduate and MBA holder has a family background in manufacturing which fuelled his desire to start his own brands.

Jason’s first brand 2EROS was launched in 2008, followed up 5 years later with the fresh-faced, Supawear. 2EROS retails low-rise swimwear for men, influenced by his childhood spent on the Australian sands. Whereas, Supawear designs trendy, sexy underwear aimed at men in their 20’s and 30’s, wanting to express their personalities in a fun, diverse and confident manner. The range looks great.

Hoeung’s designs have been extremely successful in the LGBT market and media. Powerhouse publication, DNA Magazine published a large spread about 2EROS in 2018 and followed up again in 2020 with a feature on the amazing range. The quality and attention to detail which Hoeung possesses is critical to his success in the fashion world. He is noted as saying, “It’s no longer just about providing what’s missing in the market (…) we’re looking to create timeless pieces – multifunctional, adaptable and long-lasting items, which people can use for different purposes.”

Jason’s influences stem from the international lifestyle which he has crafted for himself. He is passionate about Pop Art in Eastern and Western countries and the flora and fauna across Australia, which he can translate into his ranges.

A huge milestone for Jason was his showcase at LA Fashion week in 2018. The event hosted by Art Hearts Fashion – enabled Hoeung to demonstrate his work in the presence of greats such as Danny Nguyen and Czarina Kaftans. The goal for Hoeung is to build on this worldwide exposure and expand his range to showcase at other Fashion weeks once the pandemic is under control.

In addition to his business success, Jason remains extremely respectful and conscious of his family’s heritage and their initial struggles to provide for their children. He takes visits back to native Cambodia, where sadly his parent’s lost members of their families during the nation’s difficult period. This helps keep him grounded and focussed on the real purpose behind his successful endeavours.

Hoeung is a real champion for diversity, he points towards his belief that Australia brings a great sense of multiculturalism and inclusivity which is duly needed in the fashion business. He also stays true to his brand, choosing only to work with individuals and models who abide to the notion of “Live actively in style” – the motto for 2EROS.

We asked Jason about the potential rivals in the male fashion market, which is expected to reach $557 trillion by 2021. “We’re not a mass produced brand, we focus on refined fits and understand the male form (…) accentuating the assets that our customers most care about.” He notes the athleisure trend is here to stay due to a greater attention on a healthier lifestyle amongst the population.

Brands like 2EROS and Supawear are well placed to thrive in the upcoming years. With an astute, driven entrepreneur like Jason Hoeung at the helm, we’re in no doubt we’ll be seeing a lot more of his brands across the beaches of Australia in no time.