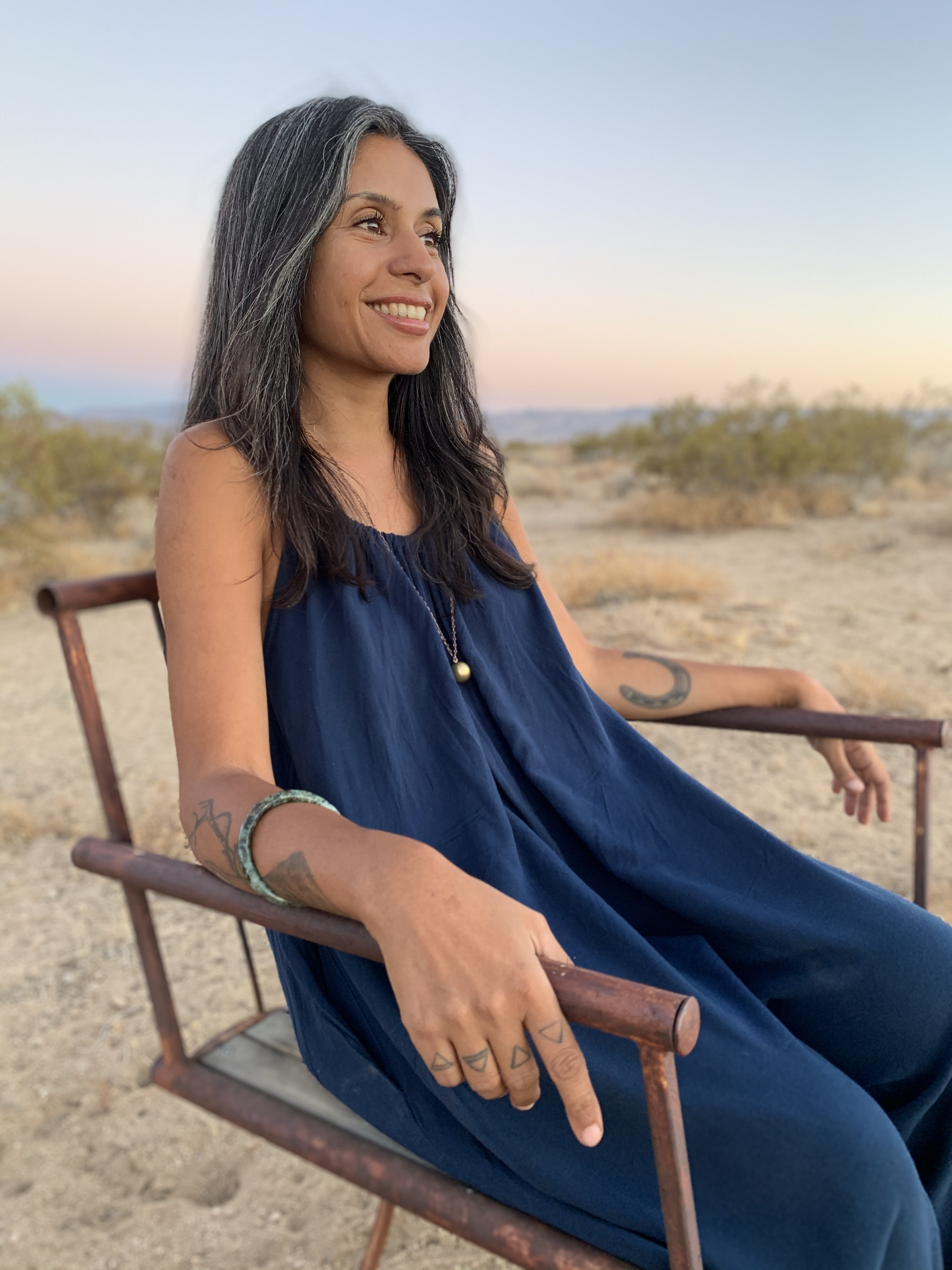 British-Indian writer, poet and Creativity-Leadership coach, Rohini Walker has been living in the southern Californian region of the Mojave Desert for the past seven years. Here, she’s co-founded, and is Editor and Creative Director of the popular grassroots Arts & Literary print publication, Luna Arcana. They’ve just launched their fifth issue, no small achievement in the time of COVID, when indie arts enterprises have taken a significant hit.

Walker moved straight to the desert from London, England after visiting the area several times with her husband. She talks about how the extreme environment drew her in, and has, since she moved here, had a profound impact on her work and creativity.

“It was surprising for me to discover how intensely I was drawn to this place, after having been a Londoner, a big city type, for pretty much most of my life. When I first came to the desert, I was disillusioned with my life and work, and was in a massive creative rut. I didn’t expect the environment to impact me as much as it did, but it continues to inspire and motivate me like nothing else. Seven years in the desert definitely transforms a person!”

Walker talks about how she and her husband were drawn to a lifestyle of rural simplicity and an authentic spirit of community, and how that is now under threat. “A sort of aggressive gentrification of the area seems to be taking place,” she says. “I crossed an ocean to be here in the desert wilderness, including all of the challenges and drawbacks that that entails, to be here because it’s in the middle of nowhere without much access to the creature comforts of urban living, like a lot of the people who began to trickle into the area around the same time as us.”

However, due to a sort of cache of trendiness that the area has garnered over the last few years, an inevitable consequence of introverted artists and writers wanting space, solitude and simplicity, there’s been an influx of trend-seeking gentrification. The quality of this seems to be people from big cities moving out to the desert and wanting to bring all their urban comforts and lifestyle aesthetics with them – which, observes Walker, defeats the whole purpose of being out here.

“This is an extreme environment. Folks who genuinely want to live here have a sort of humility towards that, that they’re living in a place that isn’t by nature hospitable to humans. And they also want to keep it that way, keep the human footprint to a minimum. Co-existing with the desert instead of trying to dominate and control it.”

She recounts a conversation where a recent urban transplant described the area as a “third world country”, who went on to say that that will soon change as the wealth of gentrification sweeps in. Says Walker, “It’s no different to the attitude of the colonizer, and the notion of ‘civilizing’ a place or a race, instead of observing and adapting to the ways of the environment and its culture. Rural spaces are increasingly at risk from this sort of entitled gentrification, as COVID encourages wealthy urbanites to move out of cities and closer to nature.”

Indeed, Walker works with clients as a coach and teacher to discover and dismantle internal structures of colonizer conditioning, and to explore and reveal what it means to operate from an indigenous mindset. She uses inner alchemy, myth and a collaborative relationship with nature as her primary methods. “It’s incredible what’s released, and the creative, mental and emotional liberation that’s experienced when a person is able to recognize and dismantle oppressive inner structures, and discover the ancient wisdom of living in relation to themselves and their environment. And the ripple effects that this has out into the world are significant and necessary, especially right now in our collective history. We can really co-create new ways together.”

It’s evident that whether you’re an artist or creative, or a burned out professional, this work can make huge transformational shifts in your life. “But”, warns Walker, “you’re going to have to be prepared to say goodbye to your comfort zones, and open up to the possibility and mystery of being vibrantly alive and experiencing the world around you in this way too- which can be intense and also very rewarding. It’s the foundation of what I call the ‘ecology of magic.’”

Luna Arcana also explores these topics within the context of the desert, as well as providing a platform for the area’s thriving arts community.

If you’re interested in learning more about Walker’s work, you can find her here. And if you’d like to check out Luna Arcana’s latest – or previous – issues, go to lunaarcana.com

Related Topics:British-IndianCalifornianRohini Walker
Up Next

How Independent Filmmaker Day Is Changing The Game For Indie Creators