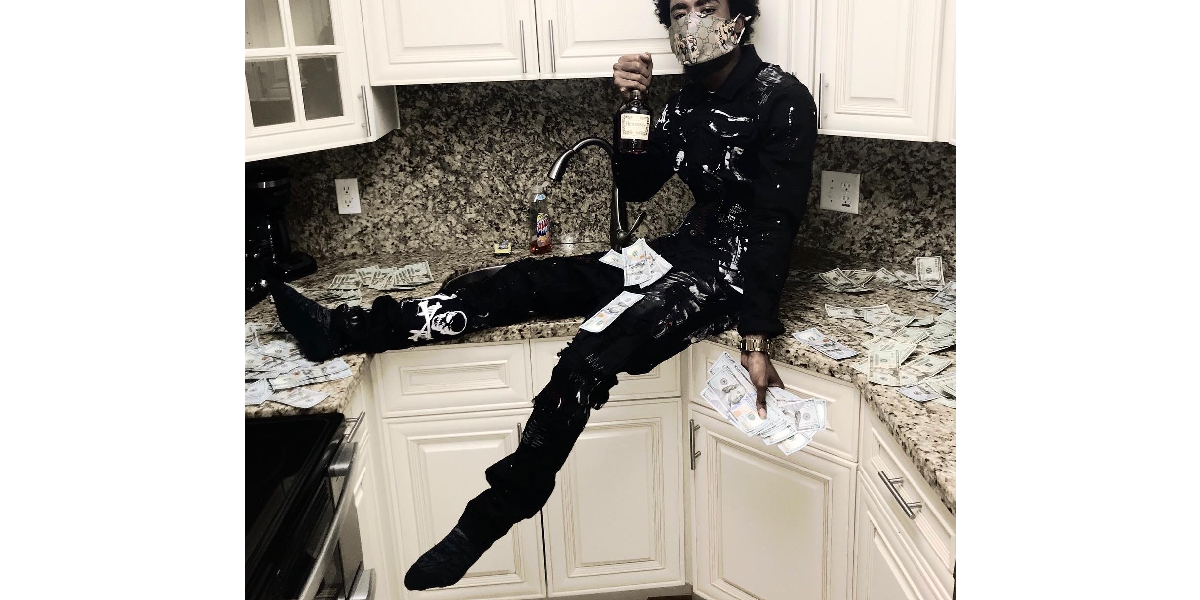 Hollyboi Sav, much known in professional circles as Yusuf Hedrington Jr., is from Hollywood, Florida, located in Broward County. This Broward County-based Rapper Hollyboi Sav has consistently and patiently climbed his way to the top with singles like Lick Hitta & Eat. As a result, he could rack up over 100k streams and counting.

The “Hollyhood” rapper, arguably one of the best upcoming artists out of South Florida,  started making music as a hobby in his teen years & formed a small rap group called “TFO” (Trust Family Only). The young trio would put on a fantastic show at Sweet 16’s and many local events within South Florida, which led them to build a fan base. Hollyboi Sav eventually started taking his craft seriously after being released from jail in 2019 and decided to pursue a solo career bravely. The “No hook” rapper then posted a freestyle to Blueface hit single “Thotiana” on Instagram, which went viral, bringing in 11k+ views in just a few minutes. In addition, he recently launched his latest single called “Crash Dummy,” which has received impressive remarks since its release in November.

Hollyboi Sav is a multifaceted artist who has been taking the industry by storm for his outstanding craftsmanship in music, one-of-a-kind talents, and impressive discography. Although Yusuf’s path to fame is not a walk in the park, this brilliant artist is very aggressive and has proven that anyone can reach greater heights so long as one continues to believe in their giftings and pours out their hearts into their crafts. Because of this, Hollyboi stands out because of his music and is an inspiration for many aspirants who wish to enter the industry despite coming from humble beginnings.

Growing up without an abundance of opportunities to grow his craft and showcase his works, he has always been motivated to give it his all and give back as much as possible. On top of his grit and resilience to pursue great music, his passion for music greatly motivated him to build his brand.

Hollyboi Sav is an artist and a businessman who owns a production company, the Swiss Cheese Visuals. The artist and entrepreneur also have his record label under TFO records based in south Florida. Knowing how it feels to have none and struggle for resources, the brilliant artist has been feeding the homeless in his free time and giving back to the community as much as possible, mainly during the pandemic. Hollyboi Sav profoundly cares for the physical and mental welfare of his community. He recently gave out supplies and food to the homeless in Miami, Florida. Hollyboi Sav has reached a fantastic goal of 100k plus streams and counting without any major record label pushing. He is an independent artist who mixes and masters his music, books his gigs and directs his videos.

The well-rounded artist hopes to attract more music lovers who would eventually love his craft and share it with others.  “I’ve worked with numerous producers and artists across South Florida, and I’m blessed to have my record label, recording studio and video production company’, says Hollyboi when asked about what he feels about his journey as an artist. Five years from now, Hollyboi Sav sees himself nominated for a Grammy and one of the most successful independent artists.

If you want to know more about Hollyboi Sav’s work of art in the music industry, you can visit his Instagram or Youtube.

How Artist Bella Blaq Took Her Career to New Heights