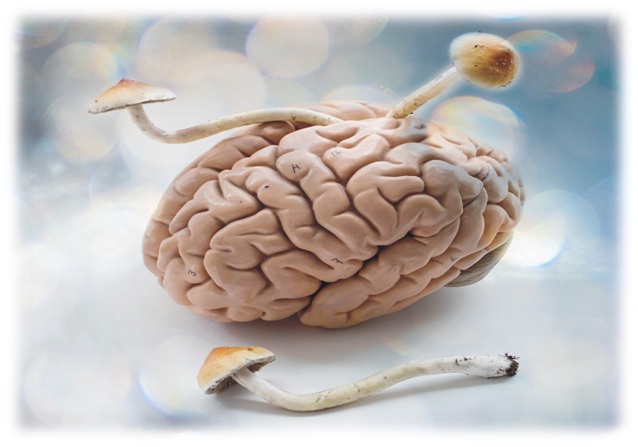 With effective treatment, most mental health issues, including depression, may be improved. Recent studies have indicated that psilocybin therapy may effectively treat addiction, post-traumatic stress disorder (PTSD), anxiety, and depression.

What are Magic Mushrooms and Psilocybin?

Psilocybin is a type of psychedelic, a class of hallucinogenic substances that cause changes in perception, cognition, mood, and behavior. It is derived from more than 200 different varieties of mushrooms. This substance has been used for spiritual and medicinal purposes since ancient times.

Medical experts don’t think that psilocybin is naturally addictive, even though it causes alterations in perception and thinking as well as visual hallucinations.

Still, psilocybin makes people feel euphoric and distorts their senses similarly to hallucinogens. This happens when the intestines change it into psilocin, a chemical similar to serotonin.

The Benefits of Psilocybin and Magic Mushrooms on the Body, Mind, and Soul

The active compounds in magic mushrooms, which are found in the mushroom’s fruiting body, make them beneficial for the body, mind, and spirit. The most important of these are beta-glucans.

Research has shown that beta-glucans are good for our health in many ways, mainly improving the overall immune system. They can also help control blood sugar, reduce fatigue, and even positively affect some malignant conditions.

Most of the time, mental health problems are treated with medications, therapy, or a combination of the two.

Unfortunately, even after taking antidepressants and talk therapy, some individuals continue to have depressive symptoms. In medicine, this is known as “treatment-resistant depression.”

According to recent research, psilocybin may boost the efficiency of traditional therapy for mental illness. In addition, small dosages of psilocybin have been shown in studies to help treat treatment-resistant depression.

Psychedelic therapy for depression (also known as psychedelic-assisted psychotherapy, or PAP) may be effective when other treatment methods have not worked for the individual suffering from depression.

Depression is one of the world’s most prevalent mental diseases. The World Health Organization (WHO) estimates that more than 280 million individuals worldwide suffer from depression.

According to the National Institute of Mental Health (NIH), major depression impacted approximately 21 million people in the United States in 2020.

Lastly, severe depression is linked to suicide. Each year, more than 700,000 people take their own lives. Surveys show that young people are especially at risk, and suicide is the second-leading cause of death for teenagers and young adults between the ages of 15 and 29.

Depression is a severe but curable condition. Traditional treatments such as psychotherapy and medication are widely used to treat depression. However, other therapeutic options, such as psilocybin therapy for depression, rely on cutting-edge research to help improve this condition.

A study of psilocybin in 16 people with treatment-resistant depression discovered that psilocybin provided both immediate and long-term antidepressant effects.

This clinical study using fMRI found that microdoses of psilocybin may change the amount of activity in the temporal cortex and the amygdala. These are two parts of the brain that have been linked to depression.

That is, psilocybin helps alleviate depression by making people more sensitive. This is the opposite of how antidepressants should work to be effective. Still, the researchers found that the degree to which people were more susceptible to negative stimuli was linked to a faster recovery from depression.

Several people who participated in the study said that microdoses of psilocybin made it easier to face up emotionally to traumatic events, which was different from other therapies.

Also, psilocybin-assisted psychotherapy has been shown to help people break self-destructive thought patterns that often lead to anxiety and depression.

The research shows that the healing effects of psilocybin are caused by changes in neurotransmitter levels, changes in how people see things, and the spiritual experiences that result.

Psilocybin’s Use for Anxiety in the Final Stages of Life

Psychedelic therapy has also been shown to help terminally ill patients cope with their incurable diagnosis by reducing sadness and anxiety.

People diagnosed with terminal illnesses usually struggle with ongoing worry, fear, depression, and a sense of helplessness. Psilocybin given to terminally ill patients can help reduce their anxiety and sense of hopelessness, offering a respite from the fear of dying.

One survey by Johns Hopkins researchers showed that a single high dose of psilocybin made cancer patients feel less nervous and sad for up to six months after taking it.

The Side-Effects of Magic Mushrooms

All hallucinogens can cause mental and emotional problems like hallucinations, a distorted sense of reality, panic attacks, paranoia, and nervousness.

However, following your healthcare provider’s expert guidance, you should be safe using mushroom extracts.

Also, remember that the possible health benefits are more likely to show up if you use them regularly and for a long time.

Current research shows that psilocybin has shown promising results in clinical trials for treating depression, PTSD, anxiety, and addiction, even though it is still an experimental treatment.

While psychedelics may have side effects, most studies show they have little or no adverse consequences.

However, more research is needed on the long-term effectiveness and the side effects of the psilocybin mushroom. Further research may result in breakthroughs and advances in therapeutic approaches to depression, making psilocybin and magic mushrooms more generally available.

Visit https://www.realmushrooms.com/to find out more about magic mushrooms and what they can do for you.

*Resources included as external links. Please let me know if you want me to list them bellow the article.

Industry on the Rise: The Big Business of Supplements