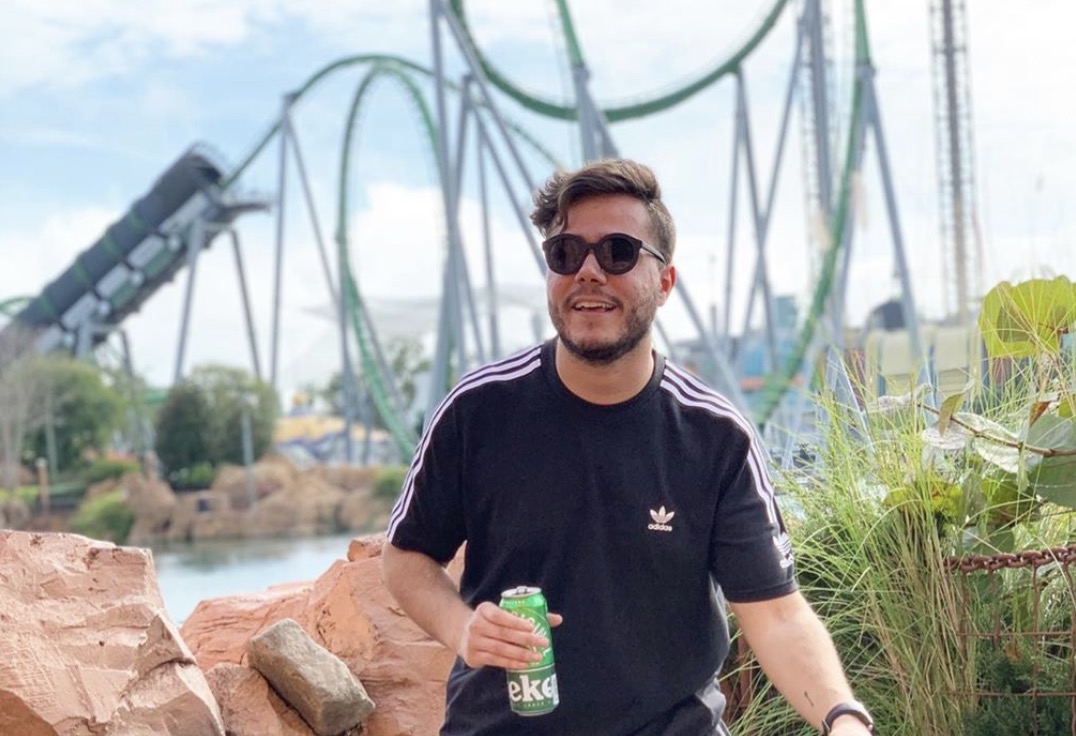 Remember pop culture before social media? It’s hard to fathom as of recent, as the era of Digital media has seemed to override the public’s need to rush to the newsstands at their local convenient store… to purchase a tabloid. Now, all we have to do is log onto Instagram to get our “news”, if that’s what you’d like to dub it. However, the digital age has seemed to wipe out a certain demographic of “celebrity”, if you will- the socialite. E’s “Rich Kids of Beverly Hills” had a grasp on them, as well as Bravo’s “NYC Prep”. (Blast to the past) But whatever happened to these people? There’s reality stars and influencers, but where did the socialites go?

I was recommended to check out @anthonylario on Instagram by a colleague of mine. She’s from the Philadelphia area, and stumbled across a post of this young man imitating his mother on the phone with a classic Philly twang. My immediate thought was “absolutely hilarious”. As I began to cyber stalk him, I saw that he rubs elbows with many of the ‘Real Housewives’ as well as other reality stars/ celebrities. I was ‘all like’ who is this dude? Is this a blast to the past of the socialite era? Is he a comedian? Is he in New York? Is he in Philly? Is he a musician? I, then realized that maybe I had fallen into a trap… Maybe this is his goal… To keep us on his page questioning who he is and what he really does: classic socialite tactic. Next… cue post notification from BroadwayWorld.com… and there he is…

So here’s the kicker- BroadwayWorld enlightened me about a new fact on Mr. Lario. He made a Christmas single. Did I laugh? Yes. Was I supposed to laugh? Yes. Is he a good singer? Yes. Was I mad that I enjoyed it? Yes. I can’t help but to think Anthony Lario is attempting to troll us, and it’s working. Just last night, he posted a video contrasting many of his comedic skits. A singing video- I assume he planned this post release of his Christmas single, but it’s different. It’s genuine, sad, affectionate. Captioned “This is part of a song I wrote back in the fall called “The First To Go”. The fabulous Abigail Clouser is accompanying me on harmony! I know on Instagram I make a lot of comedy skits and I wrote a “comedy Christmas” song (Christmas Kinda Sucks!), but honestly I DO mainly write a lot of really sappy, dramatic, sad songs lol. I’m constantly writing – other than funny stuff and media, song writing and music is really one of my first loves. I sometimes think about releasing these songs on an EP or album, but I always wonder if people would listen- or even take them seriously bc of my “insta persona” of always being the funny guy. (Which is my own fault) What do you think? Should I release some of these songs?”

“Where do we go from here?”

Aaaaaand… Now I’m crying? I don’t know this person? But– I fell down the rabbit hole. He’s not trying to sell me on anything, nor is he trying to make me love him… nor emotionally manipulate me. (I think?) He just wants me to watch. That, people, is the lost art of the socialite- making me write a piece on someone of whom I’ve never heard of, and who is now part of my daily scrolling routine. We will never know the true intentions of social media “stars”. Hell, this kid could be a dick. He could be part of a marketing pyramid scheme subliminally messaging his followers. He could be a lot of things. But none of that matters- what matters is I’m watching. Happy scrolling, happy stalking, happy stumbling, and remember- you might not know if you’re being trolled.

Writer. Pop culture historian. Lover of social media and up and coming socialites.