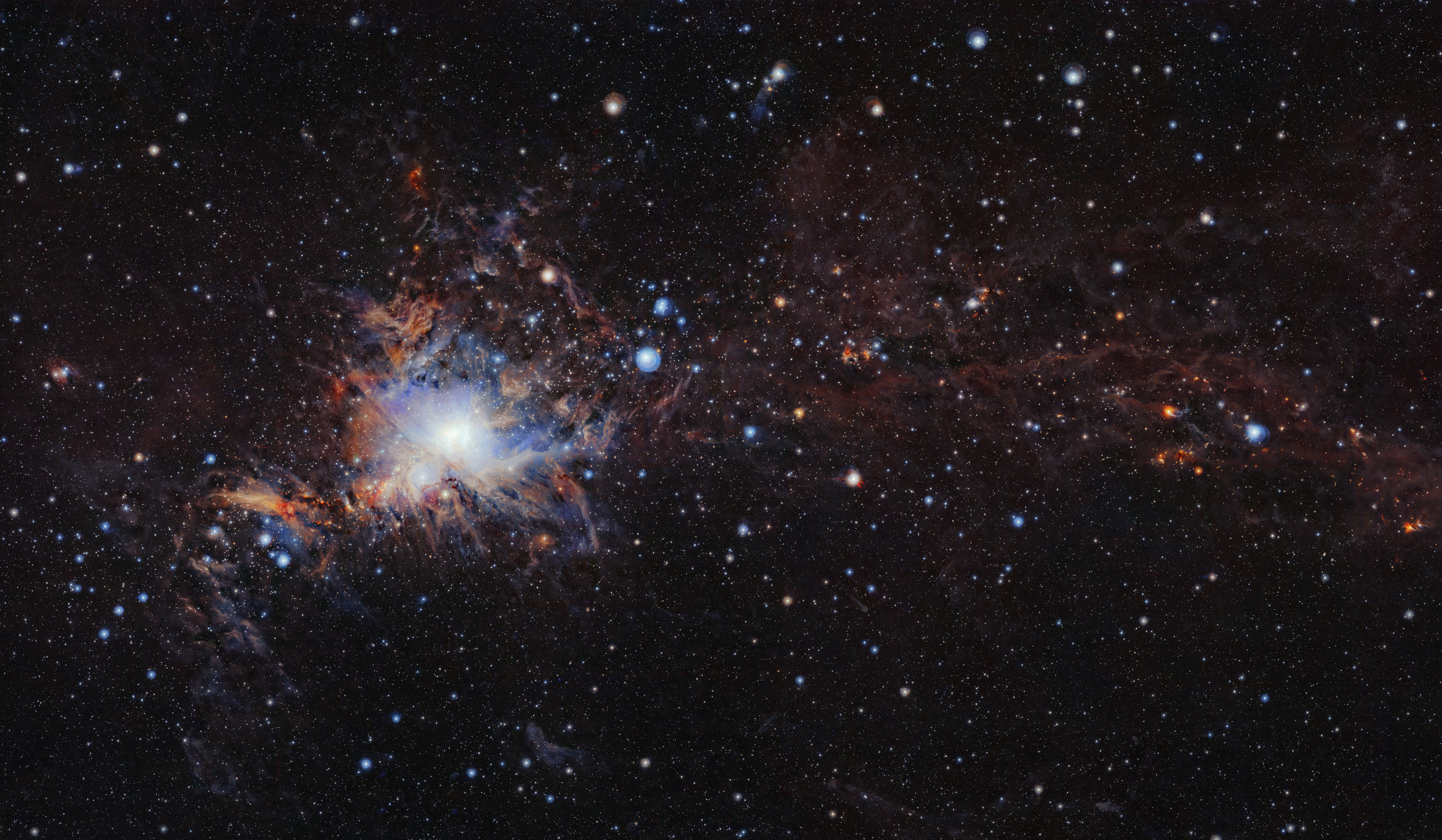 One of the most recognizable features in the night sky is the Orion constellation, but what are exactly are we looking at when we see this giant painting in the sky? This amazing video from Shenandoah National Park explores cultural stories about Orion, as well as the astonishing stars that make up the constellation. We also had the chance to speak with the music composer for this video, Josh Menon, to learn more about his process and inspiration for this project.

There are 8 easily recognizable stars in Orion. They make such a prominent humanoid pattern, that they’ve been the inspiration of stories and myths for all recorded human history. The earliest known depiction of Orion has been found in Western Germany, carved in mammoth ivory, and dated to be from the year 33,000 BC.

The Orion constellation is found in the very first star catalogues humans created, going back to the Babylonian’s who likely pulled their star names from catalogues made by the Sumerians, which is one of the earliest known human civilizations. The Babylonians named Orion “The Heavenly Shepherd,” and ever since these very first records, there have been countless stories told about Orion.

One of these stories, as told by videographer Scott Andrew Taylor, comes from Ancient Egypt. What we know as the Orion constellation, was known as a god named Sah, and its stars were the basis for the solar Egyptian calendar. In the pyramid texts written around 2400 BC, Sah was one of the many forms that a dead pharaoh would take in the afterlife.

“Imagine the view on a cool clear night in the Egyptian desert, stargazing over the recently completed pyramids with almost no light pollution. Gives me goosebumps,” says Scott Taylor, who is a visual information specialist with over 10 years of experience creating videos, narrative films and documentaries. His collaborator on this video, Josh Menon, is a talented composer and producer with years of experience in the entertainment industry.

Josh Menon’s discography of 44 tracks has been streamed thousands of times on major platforms like Spotify, Apple Music and YouTube, and his performances are alwayselectric. Menon also uses his extensive experience as a filmmaker to direct his own music videos, and ones for other artists. Not only does he work at the multiple CLIO award-winning agency Petrol on creating media for clients like Disney, Sony, and Activision, but his reputation stretches far deeper in the industry. From editing showreels and analyzing scripts at the agency that represents Jim Carrey, to writing screenplays with Emmy nominated writer Michael Karnow. From directing video content for one of Entrepreneur Magazine’s 100 Powerful Women of 2020; Ari Horie, to leading the art department on a Tide Super Bowl commercial that featured Seinfeld star Jason Alexander — it’s clear why Josh Menon was hired to play a critical role in this project from Shenandoah National Park.

On his inspiration for composing the score for the Orion video, Menon said, “I wanted to write a piece that complemented Scott’s storytelling without overpowering it or shifting the focus away from it. The goal was to sonically represent the expanse and mystery of space with ambient synths, and use hints of a Celtic Harp, Egyptian Lute and Japanese Koto to establish our human connection to space from the stories that our ancestors shared about the night skies.”

Shoulder of the Giant

When talking about our favorite shows today, we ask, “What episode are you on? Can you believe what happened in the finale? I can’t wait for the next season.” We bond over these stories. Way before streaming, people bonded together and entertained themselves through stories shared around the fire. Stories they heard from their parentsand friends. “It’s so inspiring to look at Orion with the knowledge of the stories of the past, but today, we can look far deeper than ever before,” says Scott Taylor.

The best part is that we would be able to see Betelgeuse explode from earth. In fact, we wouldn’t be able to miss it, because it would outshine the moon at night and be so bright that we’d see it during the day as well. Unfortunately, this supernova is expected anytime between now and the next 100,000 years. “Even still, personally I can’t help but stare at Betelgeuse when I look at Orion, hoping that it explodes just as I’m staring,” says Taylor. Technically, it would have had to explode in the year 1,381, since it takes 640 years for the light to reach us.

Stargazing is an activity that provides an important perspective to our lives here on this planet. Shenandoah National Park is dedicated to making it accessible, with minimal light pollution to allow for the public to stay curious, and to stay inspired. They have some of the darkest skies in the area, but whether you stargaze from your backyard, at Big Meadows in Shenandoah, or perhaps somewhere in another park, this video will certainly get you excited to go outside and look up.

Artists are getting paid 100x more with Scrybe Streaming, But How?