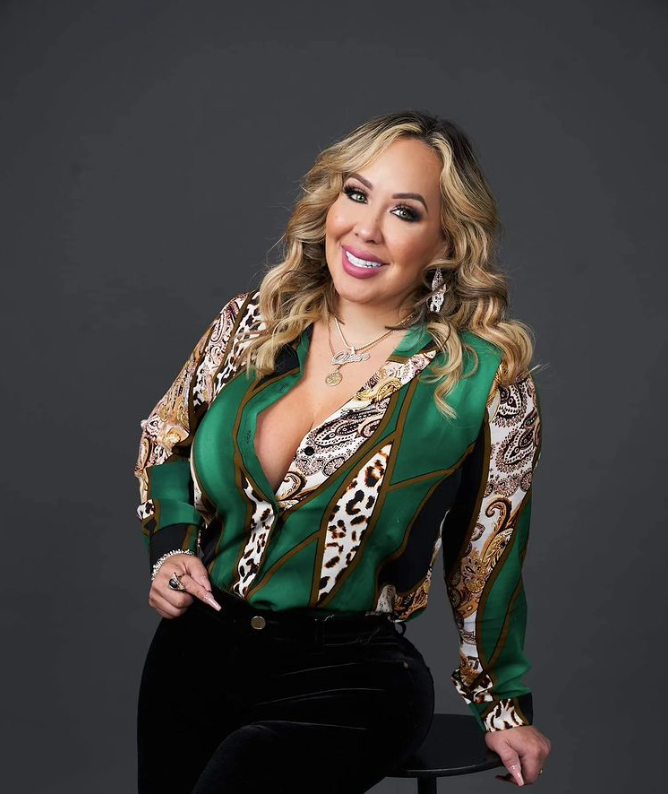 Rachel Luna has made quite the name for herself within Texas’s title real estate business as the Title Queen and the principal of Patriot Title. She’s a disruptor within the industry who is making waves, both internally through introducing new approaches within title and externally through transforming the way an antiquated industry is usually perceived. Besides her animated personality that makes her the fierce and memorable entrepreneur she is known for, Luna sprouted from humble beginnings to become the ‘self-made chica’ (as she would say) she is today.

Her background is your classic story of adversity – an inspirational journey with an even more inspiring destination. Before she became a forceful powerhouse, she grew up in poverty and came from a lower-income family. Her grandparents were financially successful with a portfolio of real estate properties and investments, serving as a figure of support and motivation throughout her childhood. While they weren’t exactly the wealthiest, they were the richest people in the world to young Luna, whose perspective was heavily influenced by her upbringing. Nevertheless, she had the opportunity to “straddle both worlds” — a world of impoverishment and financial stability. While she wouldn’t describe it as a traumatizing childhood, she admits that being seen as the “poor kid” helped develop an inner strength that made her want to strive for more, a fulfilling career and a wealthy life.

That inner strength led her into real estate, an industry she subconsciously associated with prosperity after noticing how her grandparents still earned an income from their rental properties into their retirement. In addition to this, she observed early on how the wealthiest people worked within the industry. She began working as a clerical worker for a mortgage company right out of high school, ensuring that those in higher-up positions noticed her unparalleled work ethic and pride in completing every responsibility that she was assigned.

Eventually, Luna landed within the title business and worked her way up the corporate ladder. She revolutionized the industry within by demanding respect from her colleagues — admittedly it was harder to get that respect from women who were older than her and were programmed to have bosses who were men rather than women. Today however, the female employees who work for her are thriving, one reason being that Luna absolutely understands how to value her team and the motivation women especially need within their careers.

Referring back to transforming an antiquated industry, the title business is commonly seen as the less glamorous sector of real estate as it deals with the legal components of transactions for a property. “People see us as the police, the conservators, and the pocket protectors in transactions,” says Luna, as compared to realtors who have gone on to have their careers romanticized by a plethora of reality TV shows.

“We [are often seen] as the mousy people with the glasses that people come to submit contracts and money to,” says Luna. It’s that perception that has motivated her to become the face of the industry, to “bring [it] out of the shadows,” and to push the significance of the business. While title has always been a well-respected job for its vital work on closing transactions and being the middleman for banks, realtors, and buyers, title workers are often painted as conservative and bland by others. Luna has been fighting to alter this judgment and to change how title employees are looked at and respected. She is a catalyst for change, noting how realtors now want to work with her company rather than her having to persuade them to bring their business to her.

“Title companies are now changing the way they do business and are basing it on how I do it. I have changed the way our business does business,” states Luna. The entrepreneur has been disrupting that status quo ever since she started, knowing that there are many opportunities present that can make the title business better. Crypto is one hot topic steering the conversation about the future in many industries, and Luna is all set to integrate it into her business by establishing processes and protocols. She wants to make it easier to exchange cryptocurrency for mortgage lending money and sees crypto being accepted for transactions. “That’s where business is going in real estate,” mentions Luna, and it’s one impressive way she is modernizing the industry to prepare for what’s next.

These changes could not have happened without her admirable leadership skills that push her team to achieve excellence in both work ethic and image. Instead of acting as their employer within the workplace, Luna prefers to tell her teams that she is their business partner to emphasize the value they have within her company. It’s an approach she practices with everyone, not only those in executive-level positions. “Everyone has an important part in the success of this branch. Don’t think that just because you’re answering the phones and giving coffee that you’re not valued. It’s a privilege to be in that position because you are the first person to give the first impression to everyone.” With this approach, she has been able to create a welcoming work culture for her business partners; they are not only interested in their paychecks but in the wellbeing of the company as well.

She describes herself as a “pillar of motivation,” for her team and it’s reflected through the advice she gives. When it comes to deciding a career path, Luna stresses the importance of having passion. If you don’t have that passion, it’s vital to still have “high integrity, work ethic, and take that job seriously” because it will “take you on a path to discovering what you’re going to love.” In Luna’s case, the successful entrepreneur also worked services jobs in college, noting that these jobs helped her gain knowledge that still helps her today.

Luna has undoubtedly acquired several accomplishments, from being a self-made paragon to maintaining her glamorous personality and a fresh outlook. She is not only recognized for her achievements within real estate, but also for the influence of her personal brand. Luna has recently graced the cover of Ellements Magazine New York, a high fashion publication acknowledging her for her charismatic character and persevering career. It shows that women can indeed have it all – a successful profession and a gorgeous lifestyle.

In a few closing words, Luna’s motto is “Be powerful. Be passionate. Be the best version of yourself.” It’s what she lives by and a mantra she finds herself repeating every single morning. “There’s power in your words. We have inner power, and we have to discuss how to hone in that power. People say to be positive, but how many people told you to be powerful today?”

Related Topics:EntrepreneurFeaturedwomen who disrupt
Up Next