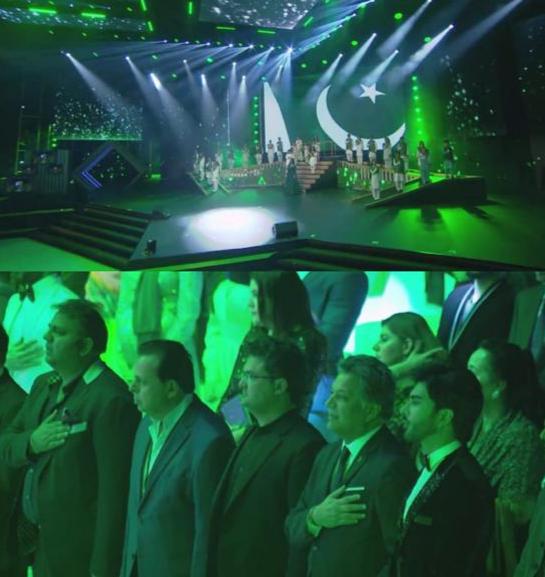 Umpteen award functions are held to facilitate the right talents and recognize the work of artists. One such big award event was held in the Coca-Cola Arena located at City Walk, Dubai — ‘Pakistan International Screen Awards’ (PISA), which was attended by notable personalities from the entertainment and business industry. This was a one of its kind award function which was held outside Pakistan and was well organized and successful in every sense. Faisal Khan, of PISA says, “the event would not have been such a grand success without the support of Dubai’s eminent personalities who played a major role in making PISA a huge success. I would like to give a special mention to Mr. Imran Chaudhry whose guidance boosted our morale and made us go ahead with such a grand event on foreign shores.”

Imran Chaudhry is one name who has been giving his helping hand for various projects which were designed for the upliftment of Pakistan, and he has wholeheartedly given his best in spite of staying afar in a distant country. His support has given a boost to many events held in Dubai, PISA being the recent one. This real estate tycoon based in the Emirates is known amongst closed circles for his philanthropic work. His work has been lauded by many as he has been generous enough to part millions of his personal wealth for various causes ranging from health to children to education. His involvement and support for Imran Khan’s cancer hospital had been well appreciated by people associated with the project.

The Pakistani communities settled overseas have openly applauded his outstanding contribution towards the benefit of the country. He was also involved in arranging and organizing the entire visit of princess Diana in 1996 under the leadership of Imran Khan. He was also invited to the special event held in London where Prince Charles had invited Imran Khan, which was indeed an honour. Furthermore, he has been the force behind many philanthropic activities which have provided timely assistance to many causes benefitting millions in Pakistan and with his continual support the country will definitely move ahead of its time, for sure.

Faisal Khan of PISA says he was fortunate enough to have him by his side which helped the event sail through smoothly, and he is grateful for his never ending support for Pakistan and its endeavours time and again.