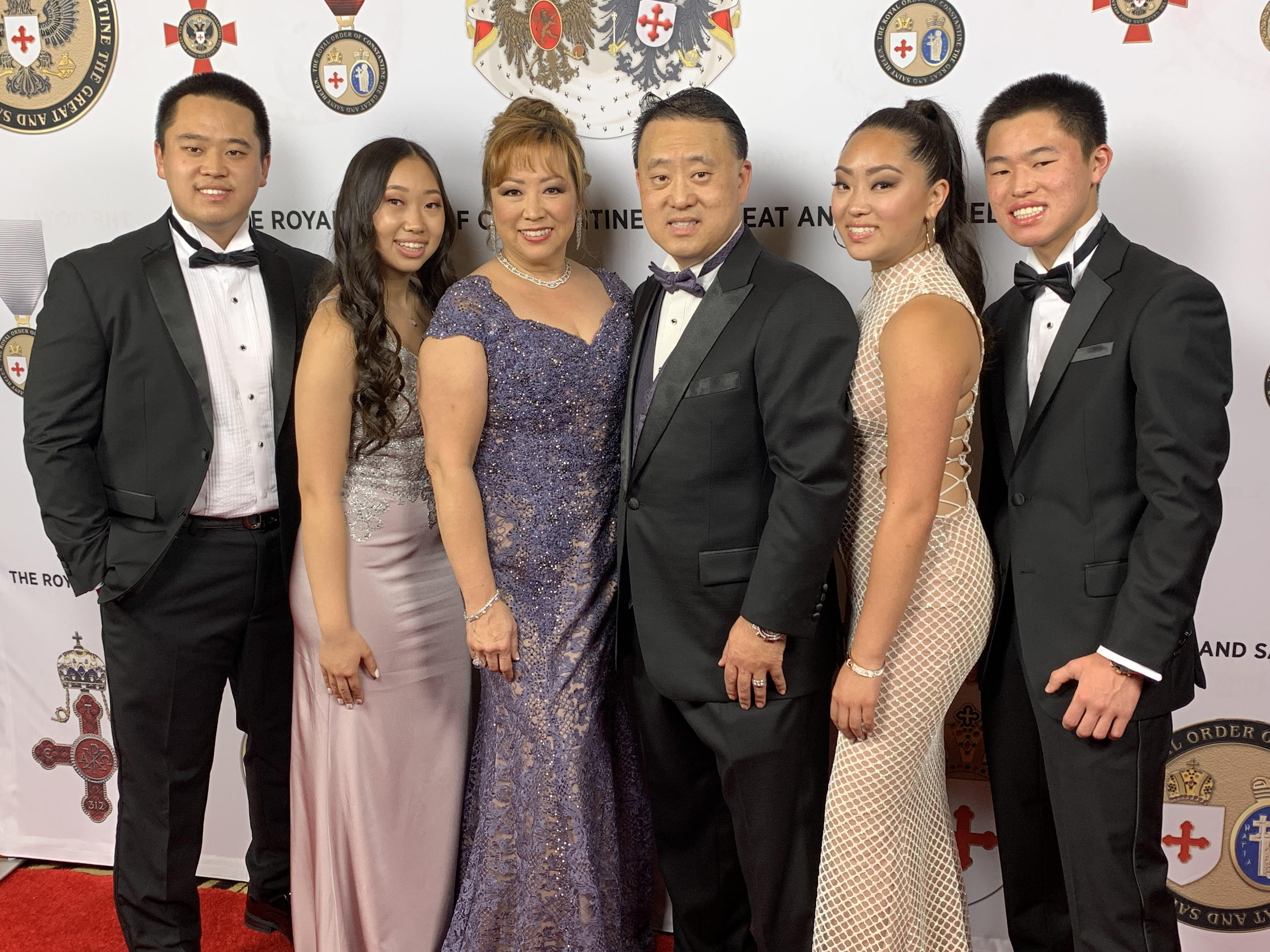 The Sovereign and Royal House of Cappadocia, and The Royal Order of Constantine the Great and Saint Helen will be hosting an Investiture Ceremony at the Red Rock Casino Resort in Las Vegas, NV, to welcome new members as Knights and Ladies/Dames.

On February 27th, 2022, The Sovereign and Royal House of Cappadocia, and The Royal Order of Constantine the Great and Saint Helen will be holding an Investiture Event at the Red Rock Casino Resort in Las Vegas, NV, for 24 nominees who have been hand selected and approved on account of their service as community leaders working towards the betterment of the lives of others.

During this prestigious event, selected nominees will be bestowed with the honor and the title of Knight or Lady/Dame by His Royal Highness, the titular head of the Sovereign and Royal House of Cappadocia and San Bartolomeo, as well as the Prince Grand Master of The Constantinian Order of Cappadocia and The Royal Military Order of Saint Charles, who has fons honorum, the official and legal power to bestow legitimate titles of nobility and orders of chivalry onto other persons.

The Sovereign Constantinian Order of Cappadocia had its origins stemming back to the Imperial Guard who fought for Emperor Constantine I during the Battle of the Milvian Bridge (28 October, 312A.D.), and with their heroic victory, led Constantine on the path of becoming the sole Emperor of Rome and towards the beginning of Rome’s conversion to Christianity. As such, to host the event on February 27th is a great and historic moment for The Order of Cappadocia, as the event will not only celebrate those who have adapted the knightly virtues into their lives, but also the birthdate of Emperor Constantine I (27 February, 272 A.D.).

The mission of the Royal Order of Constantine the Great is to create a forum for the worldwide community by recognizing worthy men and women of exceptional accomplishment who share a belief in chivalry and in the power of faith, hope and charity, and are therefore deserving of being a part of the Sovereign and Royal House of Cappadocia’s Orders of Chivalry and its Nobility. The Royal Order will sustain, teach, and propagate the Principles of the General Order of Knighthood, following the Knight’s and Dame’s code:

“A Knight and a Dame is sworn to valor.
Their heart knows only virtue.
Their blade defends the helpless.
Their might upholds the weak.
Their words speak only truth.
Their wrath undoes the wicked.
Their knowledge will defeat ignorance.
Their skills will be taught to the willing.
Their temper shall be held by patience.
They will give aid to those who seek it.
They will ask for aid when needed.”

These principles have been defined throughout the history of the Royal Order of Constantine the Great and Saint Helen, with the core values: protecting the weak and innocent, fighting against injustice and oppression, and striving for self-improvement, the betterment of the community, and individual lives.

Selected individuals shall be knighted based on the eight Recognition Categories in which they have achieved incredible merit: Arts, Architecture, Entrepreneurship or Innovation, Heroism, Medicine or Physiology, Philanthropy and Humanitarian, Sciences, and Sports.

The list of current participants who have excelled in their field and have met one of the above criteria that are due to be appointed for Knighthood include, by last name:

As well as the list for participants accepting the honor of Damehood, by last name:

It is truly a badge of honor to be not only nominated, but also approved for such a prominent title. Such traditions aren’t as easily witnessed in everyday life, so to have the opportunity to witness and be involved in something so rare is truly wondrous.

Join the celebration. Tickets for this once in a lifetime event will be available for purchase on the event website (https://theroyalevent.org).

About The Sovereign and Royal House of Cappadocia, and The Royal Order of Constantine the Great and Saint Helen:

The Sovereign Constantinian Order of Cappadocia is a legitimate subject of International Law, independent, dynastic, religious, military, knightly, and noble, in all ways identical to a foreign State and as such, with the capacity to be the holder of rights and obligations arising for the international legal ordinance, including the capacity to assert its rights by international claims and, in consequence, is due to legal treatment to which States have a right.

The Principality of Cappadocia is the center of operations of the Sovereign and Royal House of Cappadocia and San Bartolomeo’s, one of the oldest sovereign Royal Houses, whose focus is to perpetuate and expand knightly virtues, to encourage intellectual rigorousness, to recognize exemplary conduct and achievements with membership in its three Orders of Chivalry, and to enhance society with leadership programs which nurture, develop, and inspire the Innovators and Entrepreneurs of Tomorrow.

One of its Orders of Chivalry, The Royal Order of Constantine the Great and Saint Helen Foundation, a 501 (c) (3) non-profit organization based in the United States, consists of 21 Grand Priories, Priories, and Chapters. Its members consist of Squires, Ladies-in-Waiting, initiated Benefactors, Knights, Dames and Nobles throughout the world.

The Principality and the Royal Order’s goals are aligned with and focused on governance based on best practices by empowering all “Stakeholders”, “Members of our Orders,” and the “Innovators of Tomorrow”, and inspiring each to bring honor to our Royal House in the defense of noble causes and the less fortunate.

Both H.R.H. Prince Rafael and The Royal and Sovereign House of Cappadocia and San Bartolomeo are internationally recognized for their significant contributions to charitable needs, with particular emphasis focused on disadvantaged, intellectually/developmentally disabled, abused, or neglected women and children.

Their objective is to re-introduce to society “The Knightly Renaissance”, wherein members breathe life back into the often forgotten beliefs and efforts of protecting or aiding those less fortunate.

Several Orders of Chivalry are considered to be “working” Orders with expectations that Knights and Ladies will participate in charity work, and will attend the meetings, workshops and other activities of the Order. Chivalry embraces a spiritual path of personal development that combines bravery and gentleness with a fierce compassion for the welfare of others. The Knight or Lady’s interest and goal in life is to protect those who cannot defend themselves, be it physical, spiritual, or economical, and to fulfill a desire for personal excellence.

Does Your Business Really Need An Electronic Logging Device (ELD)?