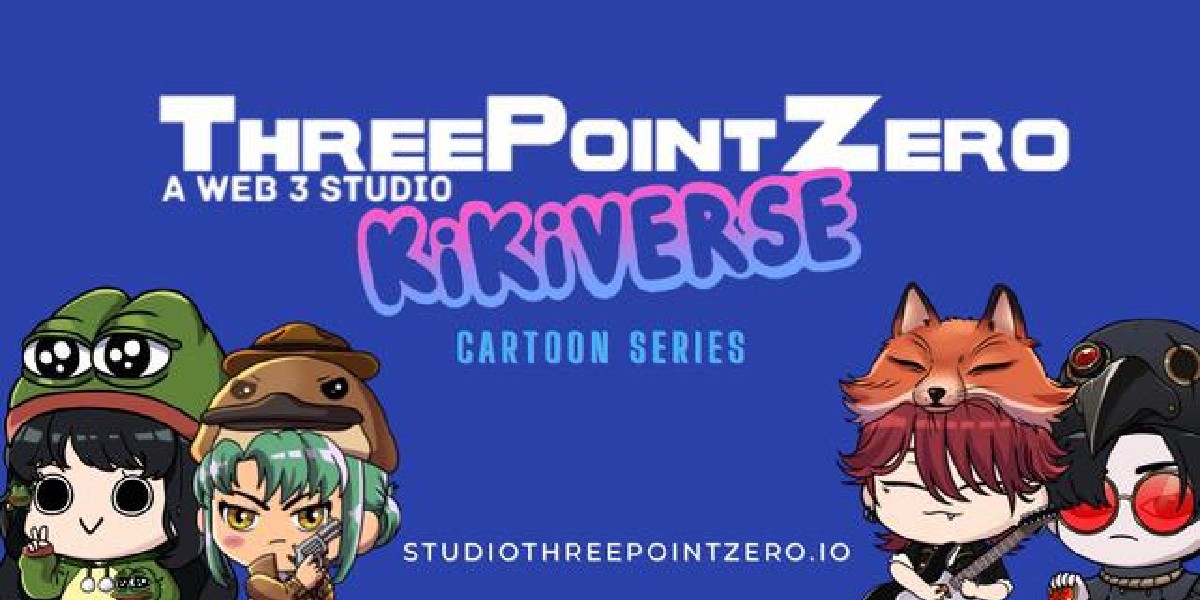 ThreePointZero is a premium Web3 animation studio with a roster of sensational Hollywood talent. The team has over 50 years of animation expertise while working for studios such as Disney, Nickelodeon, Cartoon Network, Pixar, 20th Century Fox and many more. ThreePointZero has deep ties in the animation and entertainment business. They can give your project access to top Hollywood talent without bringing in outside companies with huge overhead. The animators and actors behind TPZ have worked on some of the biggest animated shows and films to date, from Hey Arnold!, SpongeBob, Rick and Morty and Ice Age.

ThreePointZero studios is based in Los Angeles, California. They are creating the first cartoon for the Solana-based NFT project Kikiverse. In today’s bear market, no one would have predicted what was going to happen when the Kikiverse cartoon was announced on Twitter. However, once the news broke that the Kikiverse NFT collection was working with the Hollywood animation studio ThreePointZero, the momentum was palpable.

The Web3 community and influencers in the space went into overdrive, and within 24 hours, the project went from a floor of .2 Sol to 7.2 Sol. These record-breaking numbers soared the volume trading to over 6000% for the Kikiverse NFT collection. The project flew all the way up to the third most popular collection on the multi-billion dollar marketplace Magic Eden.

Fans going wild isn’t new for ThreePointZero. The team behind the Hollywood studio is the same crew behind some of our childhood favorites from Hey Arnold! Recess to Ice Age and SpongeBob. However, no one anticipated this overnight ride to the top. This ingenious solution breathed new life to Kikiverse quite literally. The Web3 project has been receiving tremendous inbound messages from venture capitalists all over the world. Everyone wants a piece of the unicorn within the bear market.

It is clear that the power of social media combined with a brilliant Hollywood creative team can generate a new form of utility that gives life back to the Web3 industry. This utility proves the power of the holder; moreover, the belief within the community is still alive and flourishing during stagnant times. If you want more information about the Kikiverse cartoon produced by ThreePointZero, you can follow them on Twitter or contact us directly. The producers are actively taking on exclusive interviews about current and future projects.

The Creators Game: Mech is Giving Power Back To The Player

How Nick Naoufal Is Leveling Up The Web 3.0 Marketing Game