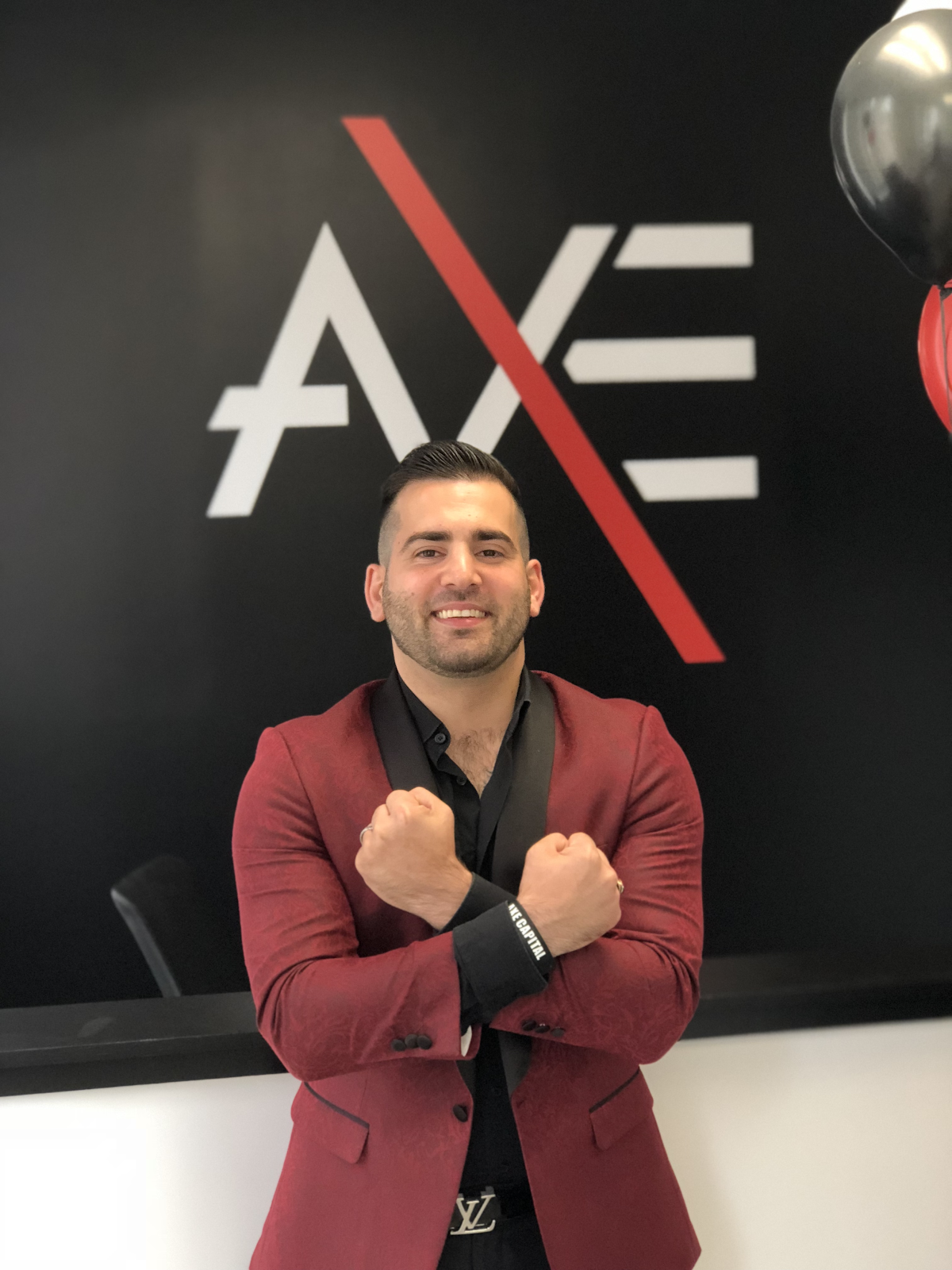 Albert Shakhnazarov’s story begins in the city of Baku, Azerbaijan when his parents left their motherland in 1991 following a war which took place against the Armenian people. He was born in a refugee camp located in Moscow, Russia, where hundreds of other refugees were also seeking asylum. They didn’t have much growing up, but their family was rich in love, support, and unity. After 15 years, they were finally granted the opportunity to chase the American dream but soon realized that the American dream can only work for someone if they work for it. Otherwise, it becomes more of an American nightmare.  As a result, his parents would work 90 hours a week, and his older brother, his role model and best friend since birth, started to work as well, leaving Albert without mentorship in his younger years. He knew one thing for certain though: that money was important, and it determined a lot about where you lived, what you ate, what you had to sacrifice, and the opportunities available to you.

As a young man, understanding the importance of money fueled Albert to become successful so that he and his family would never have to sacrifice their time together for an hourly wage. That idea, combined with a lack of guidance, led Albert into following the wrong crowd, being suspended from school a total of 13 times, and eventually being expelled and arrested. He began participating in underground bare-knuckle fights with random people to earn anywhere from three to five hundred dollars a night depending on how many people he fought. At that point, he was depressed and lost, but deep inside he knew that there had to be a better way for him to live the life that he and his family once envisioned

“I tried to attend college, but sitting in that classroom looking at my professor who didn’t look happy, who didn’t look anything like success, teaching me about business without actually owning one, made me indifferent to the lesson because I knew that the traditional way that everybody around me was pursuing wouldn’t be enough for me. One quote that has always stuck with me is, if you do what everyone else is doing, you’ll have what everyone else has, and I didn’t want that, I wanted more, and I wanted the best.” Albert says.

While he was still figuring things out, he took on a variety of jobs, from scooping ice-cream at Friendly’s to working the drive-thru at McDonald’s, patiently working until he started his career in sales and eventually managing a call center of 20 people. He learned how to sell, specifically telecommunications and technology, which transitioned into ventures in real estate, and later financial services.

“Today, I am in the top 1% of income earners in the United States, my father has been able to retire at the age of 54, and I can give my own family the attention and comfort that I couldn’t always have. I found a bigger purpose in my journey and created an opportunity for other young people who lacked guidance, mentorship, support, but didn’t want to just follow the traditional path of going to school, getting a job, and working 40 hours a week for 40 years of their life to retire on only 40% of their income.” Albert explains.

He wanted to provide those people, who refused to be average, with the vehicle they had been missing to reach their elite potential and ultimately, the promised land they envision, Albert and his core team established an organization within Axe Elite called the Founder’s Council, dedicated to waging the war against the average and helping individuals live their lives by design, not by default.

Currently, Axe Elite has a direct partnership with over 100 different technology and telecommunication carriers and has been dominating the business channel within Verizon Fios, now standing as the #1 producing organization nationwide.

While Albert Shakhnazarov has faced many challenges, his core goals and belief pushed him toward success. In fact, he advises aspiring entrepreneurs to be prepared to be lonely. He goes on to explain that “there will be many lonely nights and days where you are going to sit there saying to yourself, ‘I don’t know if this is going to work out’ but focusing on the end goal when nothing is certain, and on the vision of where you want to be as an entrepreneur in ten or twenty years down the line, will allow you to grow as a person and as an entrepreneur.”

“Mindset is the most important tool when it comes to success and starting your own business, in business you are going to go through hell and you are going to require a strong mindset not to stay there and look for that light at the end of the long dark and cold tunnel. Having the right mindset can make the difference between failure and victory. Setbacks allow us to become stronger, continue to grow, and ultimately become successful.” Albert says.

As someone who has been fortunate enough to build multiple businesses that are growing and developing, Albert always recommends that people who are looking to start their own business become aggressively patient.

“Building a successful business won’t be easy and you will constantly face adversity that you will NOT be instantly rewarded for overcoming, therefore you must be patient and never rush the process. Understand that even though this journey won’t be a fast or easy one, aggressive patience will get you through to the vision you’ve cast.” Albert outlines.

Fear, for me, is the lack of confidence when you are starting a business, which can be interpreted in two different ways: False Evidence Appearing Real, which can cause unnecessary worry or fear of things that haven’t happened or don’t even exist; or Face Everything And Rise, which is the only way to conquer and become fearless in the face of new challenges.

“Success is more than financial. Success is a continuous journey to the many areas in your life that require improvement, with the goal of mastering each one.”

When asked how to overcome competition in his field, he asserts that we are our own biggest competitors, and the way we overcome that is by providing mandatory training on a daily basis to our team with an emphasis on mentorship and support, guaranteeing our continued success and the ability to approach every task with unshakable focus, unquestionable discipline, and high standards.

“Financial freedom means that you can maintain your desired lifestyle without a regular paycheck. In other words, financial freedom is the 21st century equivalent of retirement, though it really can be an attainable objective for individuals of any age that involves having enough savings, financial investments, and cash on hand to afford the kind of life we desire for ourselves and our family.”

“This year, our projects will focus on expanding and changing one life at a time, helping one ambitious person go from living an average life to an elite one. We plan to reach the limits of guiding thousands of young entrepreneurs to the courage they need to take steps towards following their dreams. Additionally, the goal of our real estate investing business, Axe Capital, is to reach and support at least 1,000 families by making sure we give our best effort and consideration to each one that comes to us.” Albert concluded.