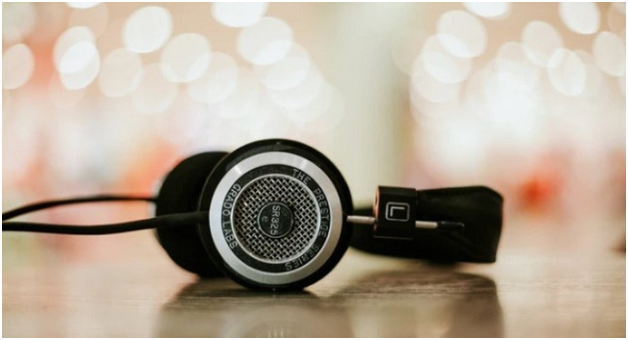 Regardless of the popularity of music streaming services today, many people remain in search of the best and top MP3 players to use on their computers. Listening to the latest songs through streaming services is not the cup of tea for everyone. Some people love that thing and those who do not like it at all. Some others prefer old-fashioned offline MP3 players to fulfill their music needs. So, these are some of the best applications to listen to MP3 files on any Windows computer.

Groove Music is one of the newest additions to the long-running list of top MP3 players for various platforms. This app is even available on the Microsoft Xbox console to play music files in it. Of course, it works seamlessly with Windows and even OneDrive. Creating a playlist of your favorite MP3 files on PC, tablet, smartphone, and even Xbox console is effortless with Groove Music. It is that way because generally, it is available for iOS, Android, and Windows. It is an app for everyone, indeed.

The old generations will be familiar with the app called Winamp. Of course, it remains in the circulation of PC music apps especially to play MP3 files. At the moment, it is one of the best music players for Windows 10. It supports numerous file formats including the old-fashioned MP3, MIDI, WAV, and WMA. More importantly, it comes with ripping and burning features for CDs. It is a handy app to transfer songs from any Audio CD to the hard drive of the computer in no time. Convenient.

Believe it or not, the so-called PowerDVD is not only capable of playing DVDs on a computer. It has become one of the most popular and top MP3 players for Windows. In other words, it seems like PowerDVD is an all-in-one media player for PC. It is even capable of providing a window to watch YouTube videos in 8K resolution. More importantly, the resume playback feature comes in handy to continue playing any active playlist without repeating it from the beginning. It simply is the best.

Another one of the top MP3 players anyone can use on any computer is Vox. It is a light music player with a simple user interface. Yet, it comes with the support of files with FLAC, APE, OGG, and many other formats of audio files. Unfortunately, it is only available for Mac and iOS. There are some equalizers available to optimize the sound output quality when playing favorite songs in it. More importantly, it provides a feature to store unlimited music and music sharing with friends at ease.

Lastly, there is the so-called Musicbee which is more than just a music player app for Windows. It supports podcasts, web radio stations, and SoundCloud integration as well. So, it provides a wide array of audio to play for whatever purpose in mind. The auto-tagging feature is beneficial in preventing the files from getting messy in the library. Moreover, it also comes with seamless integration with Android phones so that users can enjoy their playlists at ease regardless of the device in use.

Without a doubt, there are many other apps and software that can be useful for playing MP3 and other audio files on any PC. Nevertheless, those are some of the top MP3 players for different preferences in listening to the music files.

It is crucial to choose the one that meets your personal preferences and needs when enjoying your favorite music files. In many ways, those top MP3 apps are the best ways to avoid the need for paying subscription fees for the premium music streaming services of today.