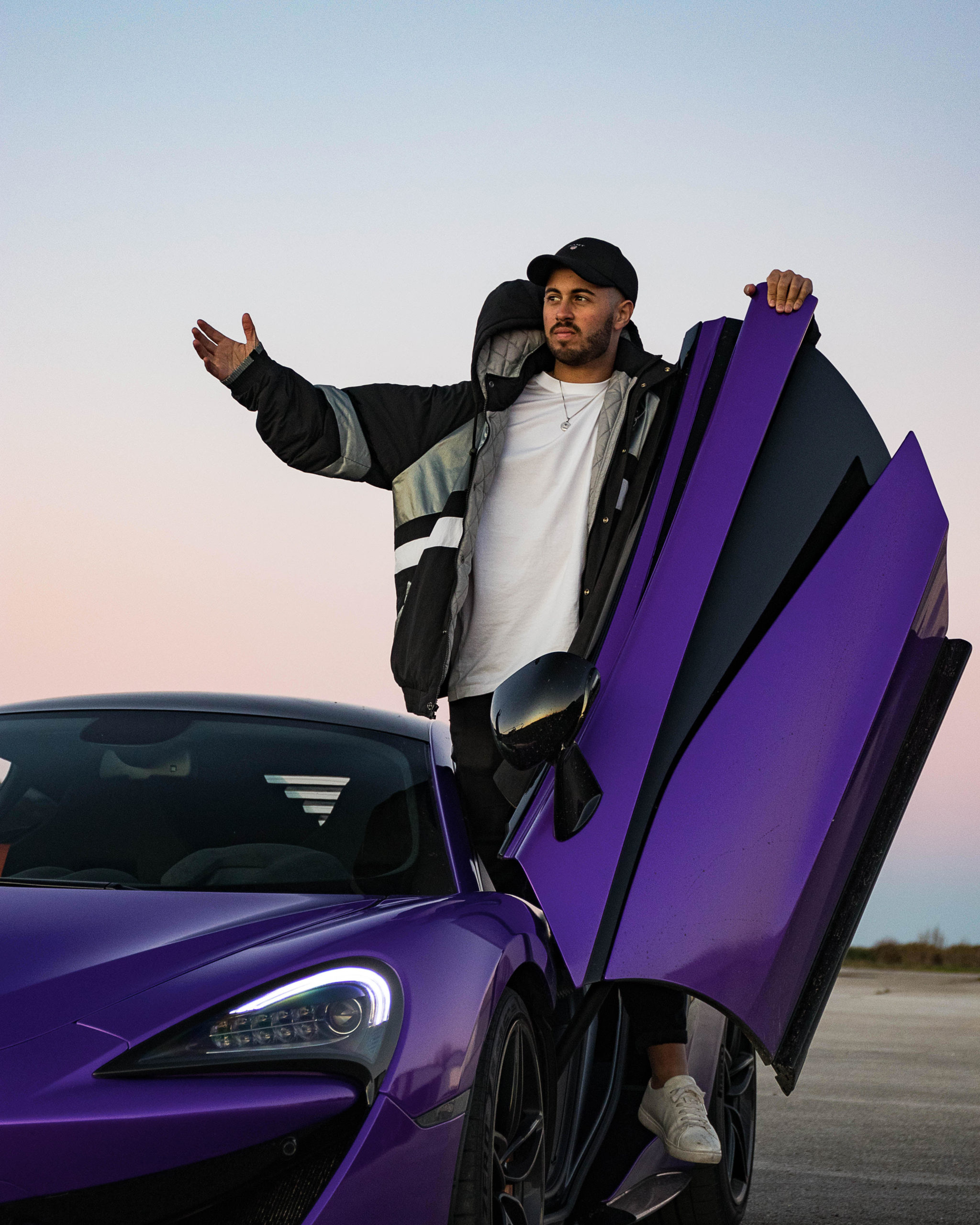 David Soares better known as DavidGYT on social media knew since he was a child that he was going to do great things. As a little kid, he would come up with business ideas and ways to get rich in his head before he fell asleep every night. Today he owns a multimillion dollar company in his home country of Portugal.

David is from Faro, Portugal, where he grew up with his parents. His father owns a small home appliances store, which was passed down to him by David’s grandfather, and his mother owns a beauty clinic and a hair salon that she fought a lot to get, as she came from a poor family.

“For most of my life, I dreamed of greater things. I wanted to get to a place where money was absolutely not a problem. Even though my life was decent and my family didn’t really have many financial struggles, I knew there was still much more to be achieved.” David shares.

But David’s parents were very strict and clear–they wanted him to be a lawyer or a doctor. When David would mention his dreams of making money and buying sports cars, they would call him crazy.

“I did end up going to law school and getting my degree with an average grade. But I never gave up my real ambitions–I was constantly thinking about ways to make money and start my path to success.” David says.

During law school, David discovered his love for financial markets. He immediately began studying them, but after he found out about the forex market and saw its potential, he started to focus only on it and gave it everything he had.

“I studied day and night and after my first year, I was already making good money.” David recounts. “After two years, I decided to start a consulting business, which later expanded to financial education as well.”

David runs Global Youth Trading, a financial consulting firm that focuses on the forex market and provides education services. It is the biggest forex consulting company in Portugal. They help people understand the market and teach them how to trade, while also sharing their side positions with their clients.

“Starting the business wasn’t ‘hard’ for us because we enjoyed what we did a lot. All the effort came almost naturally. If you don’t like what you’re doing, believe me, it becomes way more difficult.” He shares. “For example, I didn’t do that well in law school because to me, all that stuff was boring. I believe I truly found my calling in the investment world and when you’re doing what you love, it almost doesn’t feel like work.”

Moreover, for David every entrepreneur’s experience is different. This is why he believes there isn’t one piece of advice that necessarily works for everyone. What works for him might not work for someone else.

“The best advice I can give is to like what you’re doing because all the work and effort will be substantially less demanding.” David stresses.

It is also important to be conscious of obstacles that may be in your way. One of these is fear, which if you can control it, David believes it can be a good advisor, but if you let it control you, it will be your greatest enemy. He also has a few things to say about mindset.

“Mindset is a trendy concept these days, but it really isn’t expressing anything new.” David states. “If you believe you’re going to fail, your chances of failing increase. If you know you have what it takes, you’ll keep trying until you get what you want.”

But at the end of the day, real day-to-day decisions depend more on common sense than on mindset This is something that differentiates David from his competition: he has very good instincts.

“Most of the time, I can run an idea through my mind and I’ll intuitively know what aspects of it will work and which won’t. My instincts have never let me down.” David admits. “I am good at putting myself in other people’s shoes and getting a sense of what they are thinking. To know how thought processes work and how people respond to things gives me an advantage.”

This allows David to provide the services people need and are looking for, and frame them in a way that makes them more appealing and approachable. According to David, this is also a great asset in the market, since charts are basically the collective thoughts and emotions of traders represented in visual form.

This is why after five years leading Global Youth Trading, David believes he is successful, but that he does not want to stop. For him, success is a process–there is still a lot for him to do and if he stopped now, he wouldn’t feel successful anymore.

At the moment, Global Youth Trading is working on cementing themselves as the best provider for forex investment training in Portugal. To do this they are preparing something substantial to improve their education program.

To find out more about David go here and about Global Youth Trading go here.

Dan Fleyshman Is Helping Online Businesses Grow During The Pandemic