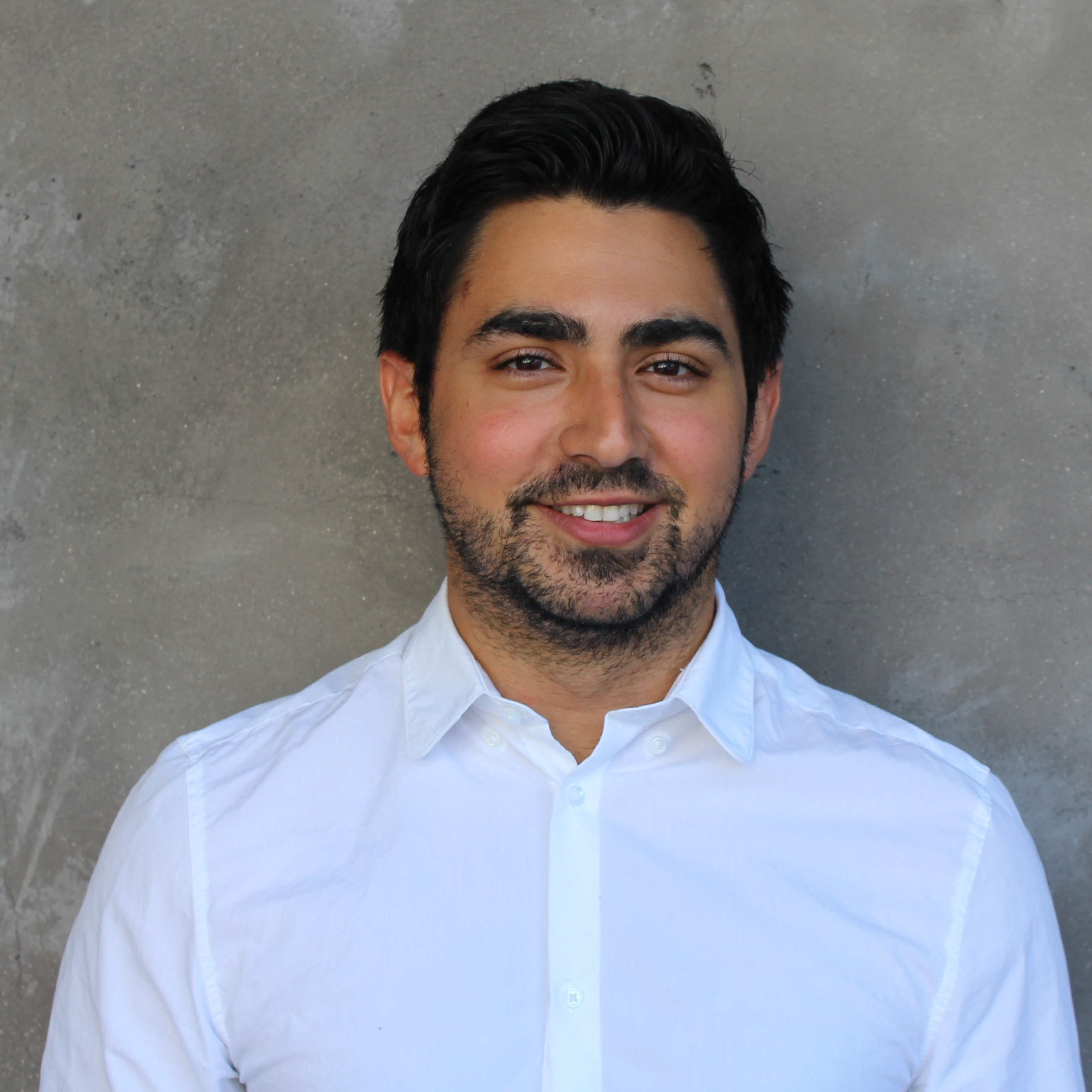 Like stories, filters, and disappearing messages, Instagram’s latest new feature was directly copied from a competitor. Introducing Reels, Instagram’s new video feature that attempts to clone TikTok, the Chinese-owned social networking app that allows users to create and share short video clips. After months of President Trump threatening to ban the app in the US and attempting to force a quick sale of the company to an American corporation, Instagram is attempting to capitalize on TikTok’s uncertain future in the US. But will Facebook, who owns Instagram, succeed in dethroning the new social media giant, as they have with MySpace, Snapchat, Friendster, and so many others before? Co-founder and CEO of Open Influence Eric Dahan weighs in on why this time may be different.

Social media platforms are generational. Whereas the Boomer Generation consumed their news through traditional newspapers, Facebook has skewed toward Gen X, Instagram is dominated by Millenials, and over 60% of TikTok users come from Gen Z. According to Dahan, this generational difference is a key factor in determining whether TikTok will survive, and simply copying certain features from other platforms will not persuade their user base to jump ship. “I do think the generational differences are pretty fundamental and will just naturally lead to different uses,” he explains. “Knocking off features alone won’t change that because you have very different networks in terms of the people on the platforms and how they’re going to use and share the features.”

Gen Z has taken to #TikTok to jokingly mock millennials, clarifying that they do not wish to be grouped with this generation. And, they have a point. Gen Zers are the first generation to be born into digital technology. They have been defined by it more than any other generation. Millennials and Gen Z do share similar viewpoints when it comes to influencer trust and authenticity, but they must be approached differently. Here are the main differences between these two generations! • #generationz #GenZ #Millennials #influencermarketing

Instagram and TikTok offer inherently different kinds of content that cater to the varying interests of their user bases. While Millenials are big on experience, exploring and food, Gen Z values frugality, diversity and social awareness, which is why they flock to Instagram and TikTok respectively. “You can even see it just going through the For You Page on TikTok. What pops up is pretty different,” he says. For those unfamiliar, Instagram’s feed prioritizes aesthetics and self-promotional content, which has fostered a “compare and despair” culture that has earned the app the title of “worst social media app for mental health and self-esteem“. With fun dance videos, hilarious skits and a sense of community, TikTok is more light-hearted and fun, offering young users a healthy escape from the societal pressure cultivated by Instagram’s picture-perfect artifice. With social psychologists and mental health experts sharing their expertise to TikTok users who otherwise couldn’t afford it, we might be seeing the exact opposite effect that Instagram has had on the mental health of users.

Could Instagram #Reels replace #TikTok?! • Our CEO Eric Dahan shared his thoughts: “With TikTok being treated as a political football, the sharks have come out. Triller, Byte, and Reels are all circling TikTok while Microsoft works to throw it a rope. The big question is whether or not the key talent on TikTok will move to another social media platform. Right now, Facebook is making a hard push for talent to create Reels to help validate Instagram and move audiences to it. Ultimately, I do think TikTok has a lot of staying power, especially with the younger generation that looks at Instagram the same way my generation looked at Facebook.” What do you think?!

“I think what makes Tik-Tok really special is that it’s centered around the For Your page and scrolling experience,” says Dahan.  As soon as you open TikTok, you’re exposed to the For You Page, a never-ending sequence of videos suggested to you based on your interests. TikTok’s sophisticated algorithm brings the videos to you, and ensures you never have to leave the page itself and find the content yourself.

Reels, on the other hand, is a confusing and frustrating experience to navigate, with many users complaining about the difficulty in locating them. On Instagram, Reels are published on the Explore tab, a collection of photos, sponsored posts and long-form videos, removing the streamlined ease that makes the TikTok experience so successful. “For Instagram to succeed, they’re going to have to put that experience front and center, which just doesn’t really work cleanly.  Users are used to the current sort of feed and how it works. It doesn’t mean they can’t learn it, but I think it makes it tough,” explains Dahan.

Instagram seemed to have made a case for replicating features from other platforms, after their recreation of Snapchat stories caused an 82% decline in Snapchat growth and ultimately its downfall. However, according to Dahan, this doesn’t necessarily mean Reels will succeed in wiping out TikTok. “When I look at the comparison of what happened with Instagram stories and Snapchat, the big difference there is Snapchat did not have an organic ecosystem of creators. Snapchat didn’t make it possible for you to discover other users so you can only connect with friends that you had specific information for,” he explains. “So I think that whole mindset definitely led to the downfall of Snapchat from an influencer perspective. Since everyone was using Instagram to drive their audience to Snapchat for this feature, all Instagram had to do was put that feature on their platform.”

However, the area in which Snapchat failed, and where Instagram is lacking, is the bread-and-butter of TikTok: the ability to make any video discoverable and widely-circulated, regardless of your follower count. Whereas Instagram is dominated by verified accounts and those with mass followings, TikTok has democratized the platform and made the quality of content the only variable for going viral. Even in its adolescence, Reels has been criticised for only allowing popular content creators to thrive. As pointed out by Vox’s Rebecca Jennings, “I don’t watch TikTok for Jason DeRulo’s thirsty attempts at viral fame, I watch it because the random nobodies who make up the For You page have built an entirely new language of comedy and video art.”

One of the major differences between Reels and TikTok is the time limit of videos. Whereas Reels are restricted to 15 seconds, TikTok videos can run up to a minute long. And according to Dahan, that time difference is a crucial factor because it affects the types of content created.

He uses Vine, a now-extinct platform that allowed users to create and share videos of up to 6 seconds long, to show the significance of time limits. “That was a really difficult format for people to create within because it’s so specific and restrictive”, explains Dahan. “It meant you didn’t have a lot of people creating content. You got a handful of people creating content that everyone else consumed.”

TikTok, on the other hand, has parameters that enhance possibility and encourage creativity. While initially popularised for its fun dance videos and humorous skits, there has been a shift towards more serious, informative videos that rely on the longer time limit. From financial advice and home improvement tips to political commentary and medical advice, TikTok has transformed into an educational space where you can discuss and learn about important and relevant issues. “It goes to show you how that extra minute is being used and leveraged way beyond the platform was initially intended,” says Dahan.

Looking to The Future

According to Dahan, the factor that will determine which platform reigns supreme is the ability to build and grow an audience. Right now, TIkTok is the go-to platform for that, but Dahan believes the ease at which TikTok creators can go viral will be short-lived. “When Instagram was first starting out, the system really heavily rewarded early adopters. That’s what’s happening with TikTok right now, it’s just there’s far less competition. The demand for content is outpacing the supply, so people that create good content are being heavily rewarded,” explains Dahan. “As the iPhone grows and more creators pile on, that’s going to decrease.” So as for who will win the battle between Reels and TikTok? Only time will tell.

10 Travel Couples to Inspire Your Trips in 2021

Why are Americans giving up on Financial Freedom?