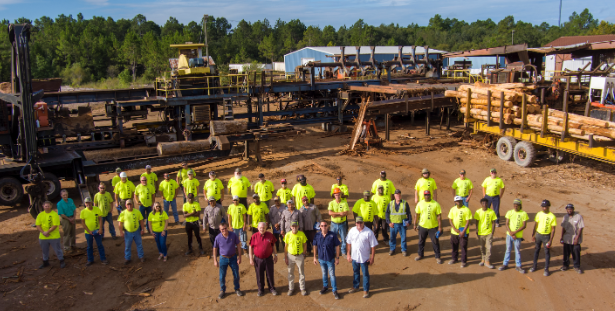 Florida has a long and old history of being struck by hurricanes due to its geographical position between the Atlantic Ocean and the Gulf of Mexico, making the state more vulnerable to hurricanes coming from either side. Hurricanes come along with colossal damage to coastlines, several hundred miles inland, and adverse infrastructure impacts. One research indicated that since the 80s, hurricanes have been making landfall stronger than ever. To date, 120 hurricanes have hit Florida since 1851, and out of those 120, only two hurricanes have been category five. Even one of those hurricanes came near Florida but failed to make landfall. Still, it brought massive destruction along its path and after making landfall.

Florida was in much need of an organization that could help recover from the post-hurricane damage. It takes months, and sometimes more than that, to recover from the devastating aftermath of a hurricane. Under such a difficult situation and need, Florida’s very own Tony Raynor is on a mission to make a helpful and positive contribution by maintaining the sustainability of the planet earth. He founded The Sustainable Green Team, Ltd (SGTM) to take the lead in helping the people and the environment to remain safe and recuperate in the wake of natural disasters like hurricanes and their aftermath. Raynor’s SGTM has contributed to alleviating environmental concerns such as storm recovery, waste management, and arbor care.

SGTM manufactures, packages, and sells mulch to landscapers, installers, and garden stores. Raynor’s pioneering vision has led to his firm partnering with VRM Biologik Group to create the groundbreaking HumiSoil® solution, which can be used to restore soil moisture in dry locations throughout the world.

The history of damages is still on the horizon

Florida as a state has been hit by some of the most devastating hurricanes holding an all-time high record of damage in the United States, causing over $450 billion in losses since the early 20th century. In addition, the insured property value in Florida against windstorm damage is at the highest in the nation and continues to rise. With Florida being struck by hurricanes, Raynor made a conscious decision in 1997 to establish tree services with his wife, Tami Raynor, in Orlando, Florida. The husband-wife duo initially worked with a Chevy Van U-Haul trailer for site clearing and storm recoveries.

Leading the tree industry in the direction of sustainability

Raynor has established himself as an influential entrepreneur and a staunch supporter of a sustainable environment. He has devoted his life to this cause and has led 25 storm recovery initiatives. With his team by his side and the wish to make the world a better place to live, he has removed more than 100 million cubic yards of debris. His contributions have elevated him to garner the attention of many and have shaped his career. His National Storm Recovery, based in Astatula, Florida, offers disaster cleanup services to both corporate and residential customers.

He has successfully managed staff teams and created innovative techniques for recycling trees and green waste. The Sustainable Green Team has grown and prospered under his direction, becoming one of the world’s leading tree and green waste recycling enterprises. SGTM provides efficient and trustworthy services and solutions to ensure the seamless functioning of transfer stations, recycling facilities, and landfills. Raynor looks forward to conserving the environment for today and for generations to come. With the ongoing recycling and solid waste needs, Raynor’s SGTM offers eco-friendly solutions to help businesses achieve their goals of sustainability.

The road to a sustainable future

Keeping in mind the achievements SGTM has attained so far, the future for the company under the wings of Raynor can be predicted as a convincing future. For the future, Raynor plans to expand its business operations across Astatula, with a 100-acre facility primarily focusing on tree-waste collection. That way, millions of cubic yards of organic debris can be stowed in a big area. This, in return, gives SGTM relief in the budget in terms of cutting the transportation cost for the debris hauling division.

The idea of having sustainable development sits well in Raynor’s mind. His is a journey of challenges where he started with a Chevy U-Haul van to eventually establish a company that can bring back sustainability. It is a definition of how one can make their dreams come true and, most notably, the dreams which benefit the whole world.

What Viewers Can Expect On Jojo Sim’s Platforms