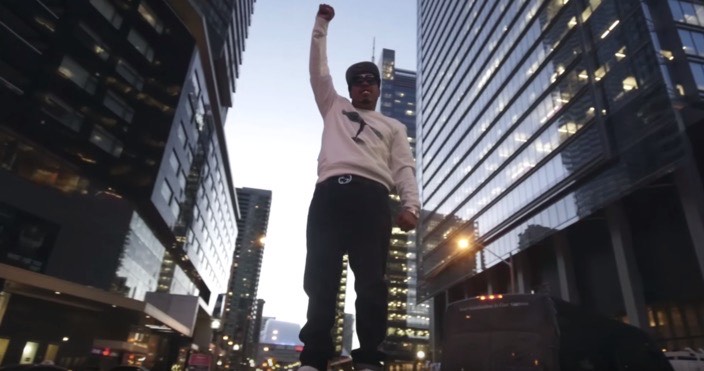 When following dreams and pursuing passions, there will always be a point where we decide whether or not we want to become the best at what we do and be recognized for it.

For Toronto native Tre Matic, who is also known as Nufftingz, the choice is pretty clear: to rise to the top of the music industry and become one of the biggest artists from Canada.

Tre grew up with no father, but he had the company of three sisters and two brothers. Now, he has two sons that he adores immensely.

He is also the owner of the company Nuff Tingz Inc. which he plans to use for the fulfillment of his dream of becoming an artist who has risen to the top of the industry.

Like many emerging artists nowadays, Tre has also taken to the internet in order to gain an audience and feature his talents so that many others can see what he’s capable of.

“I started my career by uploading my project recordings to YouTube, WorldStarHipHop, and other hip hop blogs,” he shared.

By putting himself out in the world, Tre is showing that he has the talent that’s yet to be discovered. And when the time comes that he finally gets the recognition that he deserves, then there’s no more holding back for the Toronto-based artist.

Although he has yet to become a name in the music industry, Tre is relentlessly working on several projects, grinding his way up to achieve the fame and position that he dreams of.

Some of the many projects that he is currently working on are called Trust Me and I Tried which are yet to be given a release date.

Tre has also just released tracks called Doing My Thing and Back 2 Back Freestyle remix, in line with his present goal of having way more clout than last year.

Working his way to the top may be a long and hard process but Tre has no doubts about what he can do. He advises those who share the same goal as him to focus, have some faith in their craft, and never let doubt cloud their hearts.

“I have learned to never quit because hard work pays off, believe in your dreams, and ignore the hate,” he added.

Although still a long way to go, Tre has already developed the right mindset and is continuing the hustle as he makes his way to becoming one of the biggest artists from Toronto, Canada.

So when the time comes that Tre Matic becomes a well-known name, it’s all because of his hard work, talent, and determination.

Getting Familiar with Comical Genius JRobDarcel