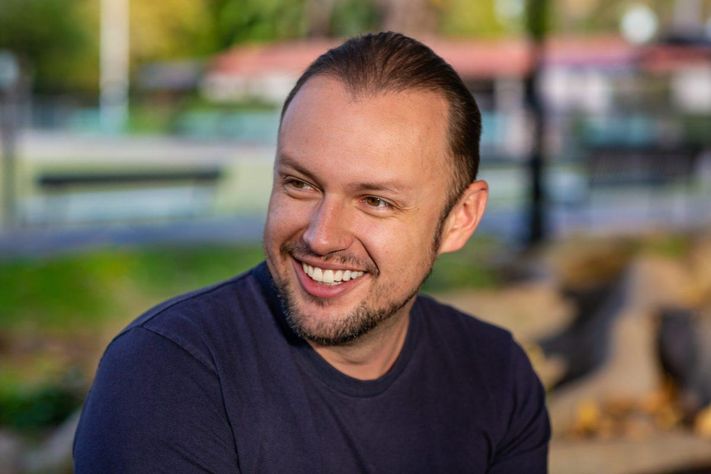 Vito Glazers, a real estate investor, media entrepreneur, former Huffington Post contributing author, and actor, is the CEO of One World Publishing. His PR company has helped over 100 people share their stories through the media. Glazers is most known for WE TV’s Mystery Millionaire and the Mancow Show. He is also the Executive Producer of the film Too Big For TV, and Chop Chop TV Show, a comedy sketch series filmed in Chicago in which he plays himself.  In addition to being a television and media personality and media contributor, Glazers was also featured in a national media campaign for DadsRights.com. He sponsored a giveaway on Kim Kardashian’s Instagram and ended up with over 100,000 Instagram followers from that. His Facebook Livestreams about Donald Trump during his then candidacy gained him a significant social media audience and regular television news appearances.

He had a diverse upbringing by immigrant parents and traveled through Central America where he learned to speak Spanish fluently from his Guatemalan mother. Glazers graduated with honors from Prospect High School in his hometown of Mount Prospect when he was 16 years old. After high school, Glazers worked in financial services and eventually attended universities studying business and economics, but he never graduated. An advocate of ‘self-education,’ Vito has also expressed his support for The Piven Theater Group in Chicago, Eric Morris Actor’s workshop in Los Angeles, and other public speaking and acting courses.

He Loves helping people and brands tell their story through news, media, and film. He pioneered a successful four part system for Internet marketing to promote and grow his own advertising networks and personal brand for over ten years. He has also used the same system to help grow a real estate brokerage, exotic car dealerships, E-commerce products, clothing lines, television & film releases, musicians, authors, actors, entrepreneurs, universities, and charitable organizations. Here is how Vito Glazers can make you an influencer.

Glazers advises that the first step to becoming an influencer in your field is not posting bikini photos on the beach trying to grow your Instagram to a million followers, but rather figuring out what audience your content appeals to, and developing a plan to use your content as a path to make money as you grow the audience. Some ways that he advises monetizing audiences are developing an offer or service, selling products, tickets to live events, or even coaching, training programs and masterclasses.

Establish Your Claim To Fame

What is it that makes your influence unique?  Vito Glazers specializes in helping people craft their claim to fame. This is what makes you appealing to the media.  It is why your brand is special.  What do you want to be known for?  According to Glazers, claims to fame can range from winning an award or accolade in your industry, to doing something controversial or that garnered a lot of attention on social media.  Your claim to fame should be supported with coverage from major media outlets.

Once you have your monetization strategy in place, and have developed and established your claim to fame, the next step is to begin selling your story.  In an ideal situation, your claim to fame is so strong and your story is so appealing that either a book publisher or even a film company want to own the rights to your story to produce into content.  If you are not able to sell the rights to your story up front, there are many other ways to sell and monetize your story.  One way that Glazers helps clients sell their story, is from the stage.  By booking stages and speaking at live events, you can sell your story to an engaged audience.  Another way is through social media.  Glazers uses the same formula for selling from the stage, to sell on livestreams and webinars as if those platforms were stages. Anywhere you can get an engaged audience that your story will resonate with, is an opportunity to lead them to your offer or service that you created in step one, and continue generating income from your story.

Once you have gotten the hang of selling your story to audiences, the sky’s the limit. Every platform becomes an opportunity to generate income from your story.  Your mission as an influencer should then be to create content on all relevant platforms that continues to draw in your ideal audience and turn them into clients.  Again, social media, webinars, masterclasses, live events, podcats, television apperances and even film give anybody with a story to tell a platform to share that story.

Without following the money first, influencers find themselves creating and promoting content with no plan on how to ever generate an income to sustain their craft.  By following the money first, it gives influencers a guide of how to create content and what opportunities to pursue, and how to monetize those opportunities, which allows them to continue creating, inspiring and influencing.