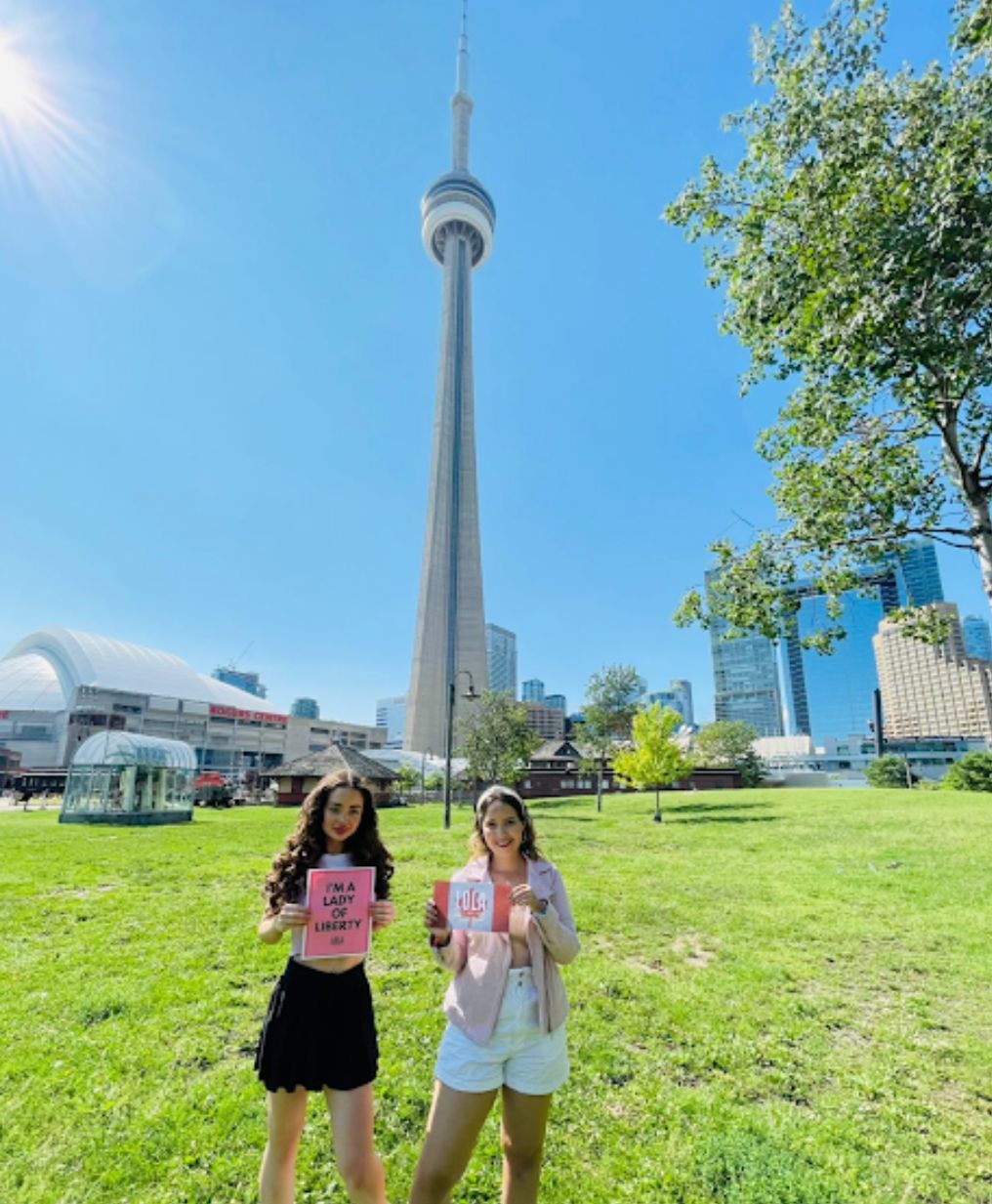 What could possibly bring together a Venezuelan immigrant and an Italian-Jew? The belief in women’s rights from a libertarian perspective. Our core belief is that a free market and individual liberty empower women. Based originally in Washington DC, the Ladies of Liberty Alliance is a non–profit that focuses on empowering and educating women leaders, with the belief that women are the best ambassadors for the libertarian movement. LOLA has more than 60 chapters in over 20 countries, andcomprised of roughly 2000 members.

The consolidation of the Ladies Of Liberty Alliance (LOLA) Toronto is the result of conversations between Ana Rizo, a Venezuelan lawyer that moved to Canada in 2016, and the headquarters of LOLA in the U.S, with the purpose to establish the first chapter of the organization in Canada. It is not an exaggeration to say that the feminist movement has been used very often by the left to push their agenda. This includes thefalse assumption that feminism cannot be possible without socialism. The unfortunate reality is that when a totalitarian government comes to power, and nations go through a political and economic crisis, women’s rights are the first ones jeopardized.

Ana
Rizo decided to move to Canada after Venezuela was going through an economic and humanitarian crisis. Waiting in lines for hours to buy basic needs only during the days that the government designated, and hyperinflation that reduced her monthly salary as a corporate lawyer to 30 USD, became Ana’s hard reality under socialism. Thus, she decided to leave her career and parents in Venezuela and move to Canada with her sister. In 2017 Venezuela started to experience the largest refugee crisis in the Americas, with people going to neighboring countries like Colombia, Peru and Argentina by foot. This experience made her realize that ideologies like socialism and, ultimately communism, can destroy a nation no matter how prosperous and rich a country is. Furthermore, consequences can last for several decades and impact future generations.

Tonya Wiseman is a Politics & Governance graduate from Ryerson University in Toronto, and she had to graduate without a convocation due to COVID-19. The switch to online learning, as well, made Tonya value in-person learning to a greater extent. It is the best kind of learning anyone can receive, especially when adults are paying large amounts of money in order toattend these post-secondary educational institutions. Being a Jewish woman, Tonya also noticed antisemtism on campus, as well as a trend of a socialist agenda being pushed by students and professors. She noticed that the push for left wing governance was not only prominent in the Sociology major, but also Politics. In politics, it is especially important for professors to be neutral in their opinions and to not teach under a biased lense. After a philosophy course in her third year, Tonya was taught the benefits of capitalism and classical liberalism. Shortly after, she became a libertarian.

Ana and Tonya met on a podcast show called The Raben Report. This show served as an open, comfortable space where students can share their beliefs and ideas amongst each other. Freedom of speech is something that Ana and Tonya will always value. Shortly after the show ended, Ana met with LOLA headquarters in the U.S with the intention to began a Toronto Chapter, and decided to ask Tonya to be a co-leader. Tonya was thrilled to receive this invitation and did not think twice about accepting the role.

Tonya values the foreign experiences of communist and socialist regimes that Ana went through first hand. Ana is a strong woman, who chose to flee her country when she noticed it falling apart. She came to Canada in search of a better future, and is grateful to be living here. Tonya was born in Toronto and greatly appreciates the safety and democracy that Canada has had in effect for years. Together, these women hope that LOLA will encourage more woman to use their voice and realize their full potential. They agree on the principle that the bigger the government is, the smaller the woman’s voice and place is in society.