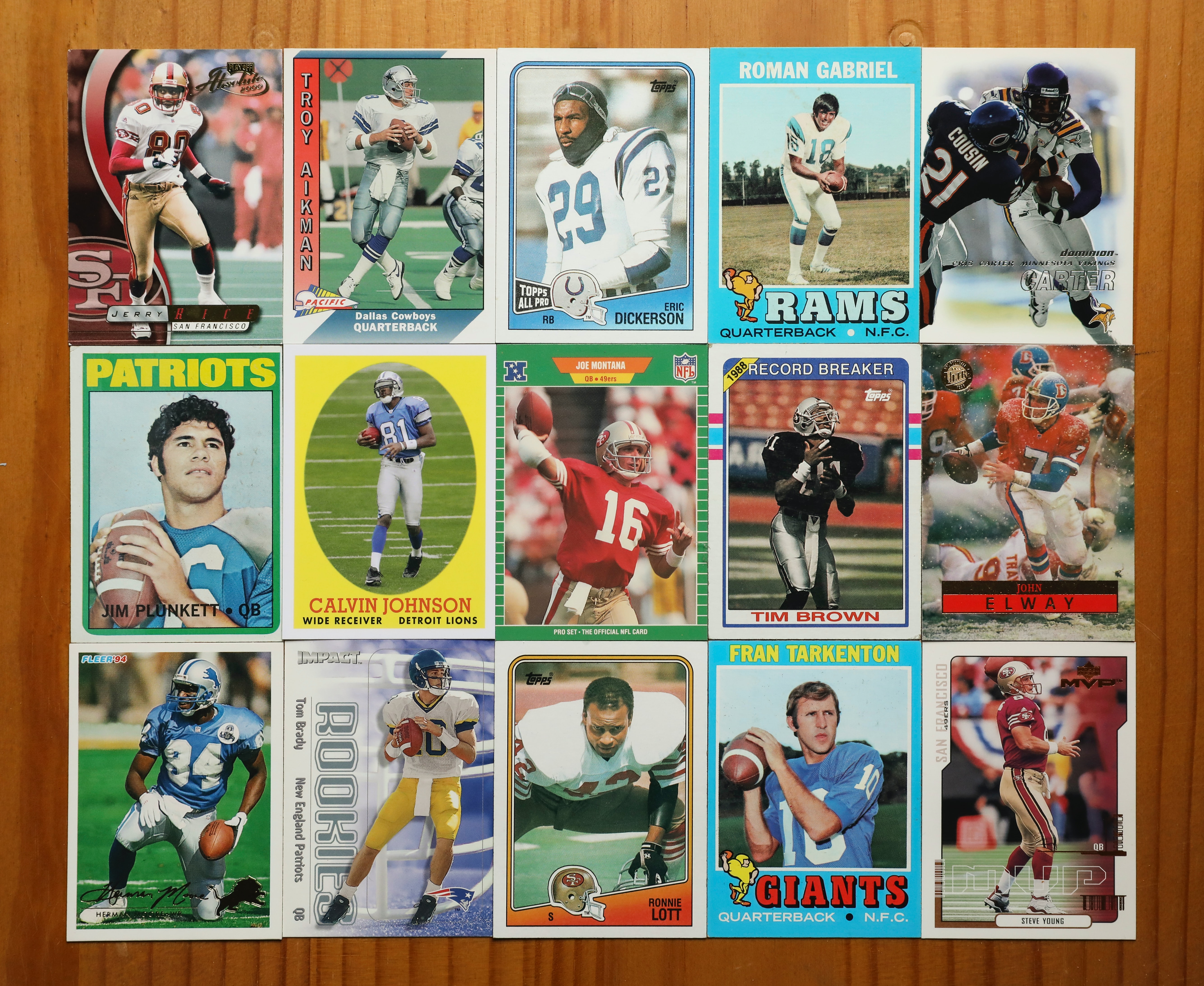 Sports card collecting hasn’t gone anywhere. In fact, this popular pastime can be a great way to celebrate your love for the game. As you acquire a little piece of sports history each time you get your hands on a new card. But while some only collect for the sentimental value it has to offer, others collect with the intent of turning a profit at some point in the future.

With that in mind, some collectors may be interested in learning more about some of the most expensive cards out there. If you’re looking to see what other cards have sold for and what made them unique and worthy of their price point, let’s take a look at a few of the most expensive sports cards you can buy.

Vintage cards aren’t always collectibles that are going to fetch out-of-this-world prices. However, there are some truly rare cards out on the market that will manage to make you quite rich if you can find the right buyer. One such card that sold for an enormous sum is the Honus Wagner T206 card from 1911.

While it’s not clear why there’s a limited run (some state Wagner didn’t like being used to sell tobacco or wanted money for being on these cards). Wagner’s career-defining 3,420 hits and 723 stolen bases got him into the first Baseball Hall of Fame class. This card sold for an impressive $6,606,000 in August of 2021!

A little bit closer to home, this card is an excellent example that cards don’t have to be extremely old in order to have immense value. Whether you’ve picked a unique or rare card shopping for a special gift or a collectible for yourself, you may just be in luck when you find a buyer that recognizes its value.

Despite only being in his fourth season and not having the accolades needed to compete with the greats, this rare Luka Doncic 2018 1/1 National Treasures Rookie Patch Autograph Logoman fetched $4.6 million in February of 2021. This was the only one created by Panini, and Doncic’s popularity made this card an excellent sell.

Are you a fan of making super bowl bets and offering exciting prizes like football cards? If so, you’re certainly not left out of the game. There are some expensive football cards alongside top-selling baseball and basketball cards.

Tom Brady needs no introduction, and this card is as rare as his talent. There are only seven of these cards in circulation for each Super Bowl he has won. Impressively enough, the Tom Brady 2000 Playoff Contenders Championship Ticket #144 /100 BGS 9 managed to find a buyer for $3.1 million. He also managed to have another card in this series that sold for $2.25 million!

Sports Cards Can Fetch a High Price, But It’s Generally After the Fact

Those who collect sports cards often do so hoping that their cards are going to fetch an enormous sum in the future. But unless you’ve been actively collecting and getting your hands on rookies over time, it’s going to be hard to find a gem.

Start your collecting journey by getting boxes and cases from high-quality vendors like Giant Sports Cards, and make sure that you’re actively collecting as more and more names begin to make their mark on sports history. The more you collect and the more you set your sights on new releases and exclusives, the better your chances of finding a card that you could potentially sell for big money decades from now.

The list above is an excellent example of just how much cards can sell for when they’re rare enough to stand out from other vintage cards and popular enough to feature some of the greats in sports, both old and new.

If you’re a prospective or current collector, use the guide above to learn about some exciting card sales and see what you need to focus on in your collection!

Kim Kaur Is Multiplying Your Finances Through Strategic Mortgage Solutions

Tess DiNapoli is an artist, freelance writer, and content strategist. She has a passion for yoga and often writes about health and wellness, but also enjoys covering the fashion industry and world of fitness.