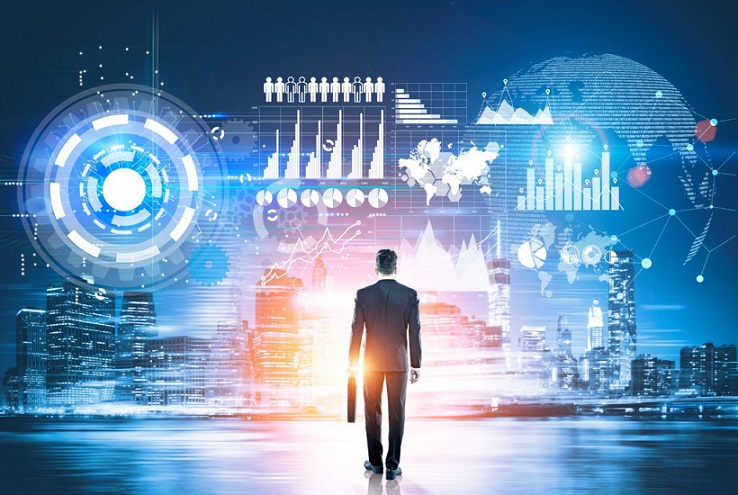 If you have spent any time in the worlds of business or economics, you will have been confronted with the term ‘digital economy’ repeatedly over the last decade. For the uninitiated, the term can seem needlessly distinct from any other kind of economic classification. After all, don’t the rules of economics apply to digital societies? The term digital economy reflects a general trend towards understanding the world through communicative discourse. We live, roughly speaking, in the post-modern era. Our reality is perhaps shifting from the phenomenal to the discoursal – or perhaps our understanding of the phenomenal is shifting. Regardless of the philosophical implications of digital technology, the economic impact is definitely clear. This article is a quick introduction to the world of digital economy and what it actually is.

The Roots of a Digital Economy

The term’ digital economy’ has its roots in the 1990s. The early 1990s was a tumultuous and progressive time in the development of new forms of communication and trade. This was largely due to the popularization and swift evolution of one thing: the internet. In 1989, while working at CERN, Tim Berners-Lee invented the World Wide Web – a completely novel and ultimately revolutionary data communication and hosting service. Innovators quickly expanded upon this early service, and the internet as we know it – a decentralized and constantly evolving connected space – began to materialize. Like the written word and the telephone before it, the invention of the internet provoked huge change.

Economists, sociologists, and business leaders were relatively quick to realize that this would change the world’s economic structures in fascinating ways. Business and trade are essentially communicative fields. The World Wide Web was a completely new communicative medium. The term’ digital economy’ was coined to describe economic changes propelled by the online communication paradigm shift. Firms and organizations that were based solely online began to flourish in the mid-1990s – proving that the digital economy was indeed dawning.

Today, the term’ digital economy’ does not just refer to economic changes brought about by the ubiquity of the internet. Instead, it is a broad term that covers economic movements influenced by artificial intelligence, big data, mass storage, online commerce, robotics, and just about any other technological business stimulus that you can think of. Understanding the influence of digital technology on the economy has become non-negotiable for modern business experts. Top business schools and universities regularly offer MSc management in a digital economy courses that allow students to specialize in subjects related to digital technology and its economic role.

Big data and artificial intelligence are two interlinked subjects that are receiving huge attention from economists and business leaders. In our highly networked world, successful economic development is projected to rely upon vast, diverse datasets that can only efficiently be analyzed by intelligent computer programs. Likewise, business strategy and economic planning rely upon successful forecasting. Big data and artificial intelligence promise to usher in a new degree of long-term forecasting accuracy – if they are used correctly.

Likewise, economists are currently putting a great deal of effort into understanding the possible consequences of large-scale digital automation. While digital automation will make businesses more profitable in the short term, the potential mass employment problems it may cause could cause great suffering and economic collapse if large portions of the population are not trained for digital roles appropriately. Unfortunately, no government has come up with a foolproof way of regulating automation or offsetting its potential impact. As a result, there is a lot of work to be done in this field.

The digital economy is not one amorphous system. Instead, it can be seen as an interconnected series of systems that exert stimulating forces upon each other. The heart of the digital economy can be divided into three main sections: the digital core, digital providers, and digital applications.

The digital core includes any economic change driven by the producers of physical technologies. This can include computing technologies, mobile phones, and semiconductors. These products drive a digital economy by providing the means to create solutions.

Digital providers are organizations that use the technology created by digital core drivers to create digital solutions to market problems. This can include online payment systems, machine learning algorithms, and any number of other services. Digital providers drive a digital economy by creating solutions that can be applied to economic or business problems.

Digital applications are the actual uses of the technologies and services provided by the digital core and providers. For example, this can include implementing a secure banking system, creating an automated logistics chain, or developing a secure cryptocurrency.

The digital economy benefits populations in many areas of the world. It does, however, mean that the gulf of economic opportunity widens between people and groups that have access to networked technology and those that do not. According to a recent report commissioned by the United Nations Conference of Trade and Development, less technologically developed countries can be left by the wayside in a completely digital economy. For this reason, a great deal of international development effort is being put into the creation of digital parity in less wealthy communities and countries. Knowledge is power, and in the digital economy, knowledge of networked practices and computing is one of the most potent forms of power.

Cryptocurrencies are big news in the 2020s, but they have a history that can be traced back to 1983 when the first (unsuccessful) digital currency was launched. The first truly huge player in the cryptocurrency world was Bitcoin, which emerged in 2007, having been developed by an anonymous and highly mysterious cryptographer. Cryptocurrencies are an unavoidable part of the new digital economy. They rely upon blockchain security to ensure that their value reflects the actuality of the market. Students studying management in a digital economy need to get to grips with the ins and outs of cryptocurrency – it is here to stay, by the looks of it.

Should you discuss sexual problems with your partner?