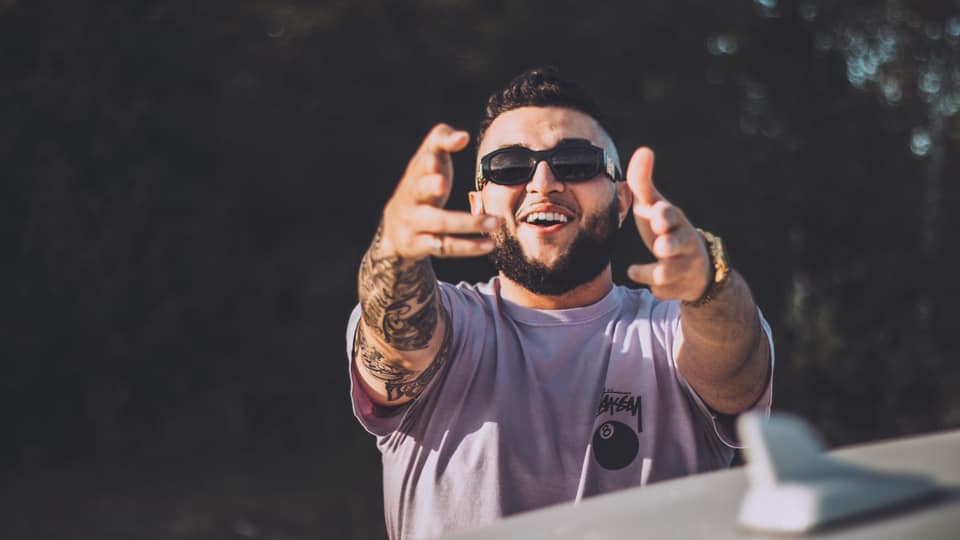 If you haven’t listened to Sam’s music yet, do yourself a favor and check out his rap. Sam Hoss moved from Tehran to Canada in 2004, when he was only 10. It was not an easy process to adapt to the new culture and to learn English from scratch. He had to face somehow the new challenges and slowly but surely, Sam found a refuge in music. He started to learn the language by listening to rappers and this is how he found his passion. Throughout his journey, he has the whole support of his family as his father was himself a singer and his aunt a published poet.

Inspiration is driven by experience

When it comes to inspiration, we can say that Sam Hoss was driven by his own experience. He had to face the huge language barrier and this was the first challenge accepted. His music comes from his heart and soul. Once you work so hard for something, it is impossible not to commit 100%. Rap is his passion, his definition, his life. This is the main reason why Sam believes that music is not defined by money and making music is something much more than making business. Moreover, Sam Hoss was inspired by famous rappers such as Russ and 50 Cent.

It is often said that working hard for something is not in vain and this principle applies to Sam Hoss as well. After a while, his work paid off and he was able to happily enjoy his huge success. The fact that he worked with Rick Ross and Dillin Hoox is something to take into consideration. Future projects are coming up with Busta Ryhmes and Lil Wayne. Moreover, he works for the owner of Hip-Hop Canada, debuting on the 4th of September 2020. Well, clearly all the effort was worth it. When Sam Hoss was asked what his biggest success is he answered: “Being able to share my energy with everyone around the world ad knowing that it’s bringing hope to some who are going through really dark times. Especially nowadays with everything going on.”

We can agree that the journey to a successful career was not always easy for Sam Hoss. There was a lot of work involved, passion, and of course consistency. His experience tells us today that no matter how hard the times are, eventually, they will always get batter. This is the motto that keeps Sam Hoss on track and on a successful pathway. A good musician cannot deliver positive energy if he is surrounded by negative people. Sam realized that there will always be people ready to criticize and to make you lose your hope. As long as you ignore their attitude and leave them behind you can work in silence on your dream.

Family was an important pillar in his career, as they were always there to celebrate Sam’s success and to encourage him. When life does not get easy, don’t give up!

Even though Sam Hoss is a successful rapper, this does not mean that he will stop working on bigger dreams. At the moment, he plans on expanding his professional career and on working with famous artists. Also, Sam wants to give a chance to new musicians who would like to start a career in music. The main plan is to further develop his studio and to discover new talents.

Advice for the young entrepreneur

Sam Hoss is a living example of a musician who followed his dream at any cost, even when the times were not as easy as expected. Convince yourself that with hard work everything is possible and go listen to his music. To sum up, read below Sam’s advice for you:

“Hustle in silence. A lot of times we have a great idea and as soon as we share it, some people make us think twice about it. But when you do your thing then show the final product, they love it. Don’t let anyone get into your head and listen to your gut.”

Follow this young music sensation on Instagram now @mrsamhoss
And listen to his new released track and album:

CBD Creams- How it Can Work Wonders?