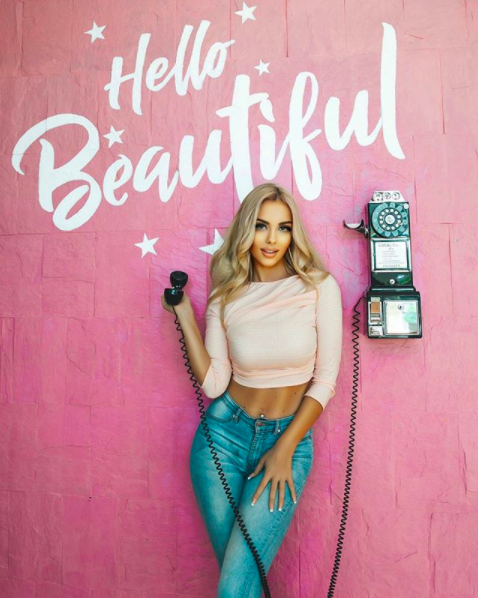 Sasha Ray has made quite a bit out of her time on this earth. Singer, model, restaurateur, and entrepreneur Sasha Ray has worked her way from Ukraine to Dubai, founding a series of successful businesses and brands along the way. Now based in the city of Dubai, Sasha hopes to leverage her influencer status while revamping successful ventures in music and hospitality.

Born Alexandra Vovchenko, Sasha changed her name soon after entering the public eye as a singer. “I created my public name when I started my singing career,” she explains. “Sasha is a short version of my name Alexandra, while Ray stands for a ray of light or sunshine, describing my personality.” Yet Sasha’s business success is what has really landed her in the spotlight.

Sasha’s journey began soon after she finished her first Master’s degree in international business in Kiev National Economic University.  Discovering her passion in hospitality, the young entrepreneur decided to pursue a second Master’s degree and traveled abroad to study luxury management at the EM Lyon Business school and at the Institute Paul Bocuse and Ecole Hoteliere de Lausanne. She also completed a semester in China East Normal University, before pursuing internships in some of the most luxurious hotels in the world, including the Burj Al Arab and London’s Berkeley Hotel.

It was during one of these internships that Sasha’s career as a singer really took off. “In between my internships, one of my university mates came to me with a proposal to try my luck in the music industry. She had been working with one of the best Ukrainian music producers out there and at that time she was searching for new projects. We recorded my first single «Боль- Любовь» (Love is Pain) and it was a hit!”

When pushed further on her music career, Sasha admits that it had always been a dream of hers growing up. “Deep inside I had always wanted to try myself in show business. Even being a little girl I remember how I was begging my parents to buy me a piano so I could learn how to play it. Later on I’ve never missed a chance to take part in different TV shows and shootings. Since releasing my first single, music has always been a part of my life, no matter how busy I was with my other projects. It has always helped me to feed my soul.”

Now, however, Sasha’s career has expanded far past her early dreams of being a singer. Soon after completing her second Master’s degree in hospitality, Sasha moved to Dubai to pursue her passion for business full-time. It was in Dubai that Sasha created her first restaurant brand, Vesna (which translates to “Spring”). The restaurant blended Ukrainian, Russian, and contemporary themes, offering a full service of amazing food and entertainment. Catering to travelers from the former Soviet bloc and locals alike, Vesna was one of the first restaurants in Dubai with karaoke.

Success came at a price, however, and the economic crisis soon proved that no business venture can exist without its own set of challenges. “After some time, the financial crisis hit the markets in Russian and Ukrainian and we lost quite a few customers,” Sasha recounts. “I never lost faith, however. We soon rebranded the restaurant and that’s when my brand ‘Maison Rouge’ came to life. This time the concept was very international and it was the first place to offer cabaret shows in Dubai.”

Maison Rouge proved to be a huge success and has since brought Sasha a huge amount of influence and followers in the Russian and Ukrainian media, as well as internationally. Sasha now considers herself a full-time influencer, as well as entrepreneur. Being involved in such a highly social business helped her build up a social media following of at least 1.5 million and she now works with some of the top brands worldwide and is often invited to highly rated events.

Leveraging that level of influence with her business success has not all proved smooth sailing, however. When asked about her greatest fears, Sasha’s reply is simple: “I’ve chosen to be fearless in my life. Fear is the biggest obstacle in being successful not only in business but in life in general. Yes I’ve had many fears in my life, but every time I went towards my fears I realized a simple thing… That it was all just in my head.”

Sasha keeps her future plans largely shrouded in mystery, although she has alluded to “future pursuits in the fashion industry, as well as new music releases and other developments within my music project.” For the time being, however, Ukraine’s woman in Dubai offers this bit of advice to hopeful entrepreneurs: “Be curious! Learn as much as you can, talk to people, meet new people, build right connections. If you are willing to build partnerships for your business you are willing to succeed!”

From Broke To Private Jets With Multi-Millionaire Gabbo Cosentino

Indira De Fodor Was One Of The First Wedding Planners In Latin America: Now She Is Expanding Her Business Into The United States