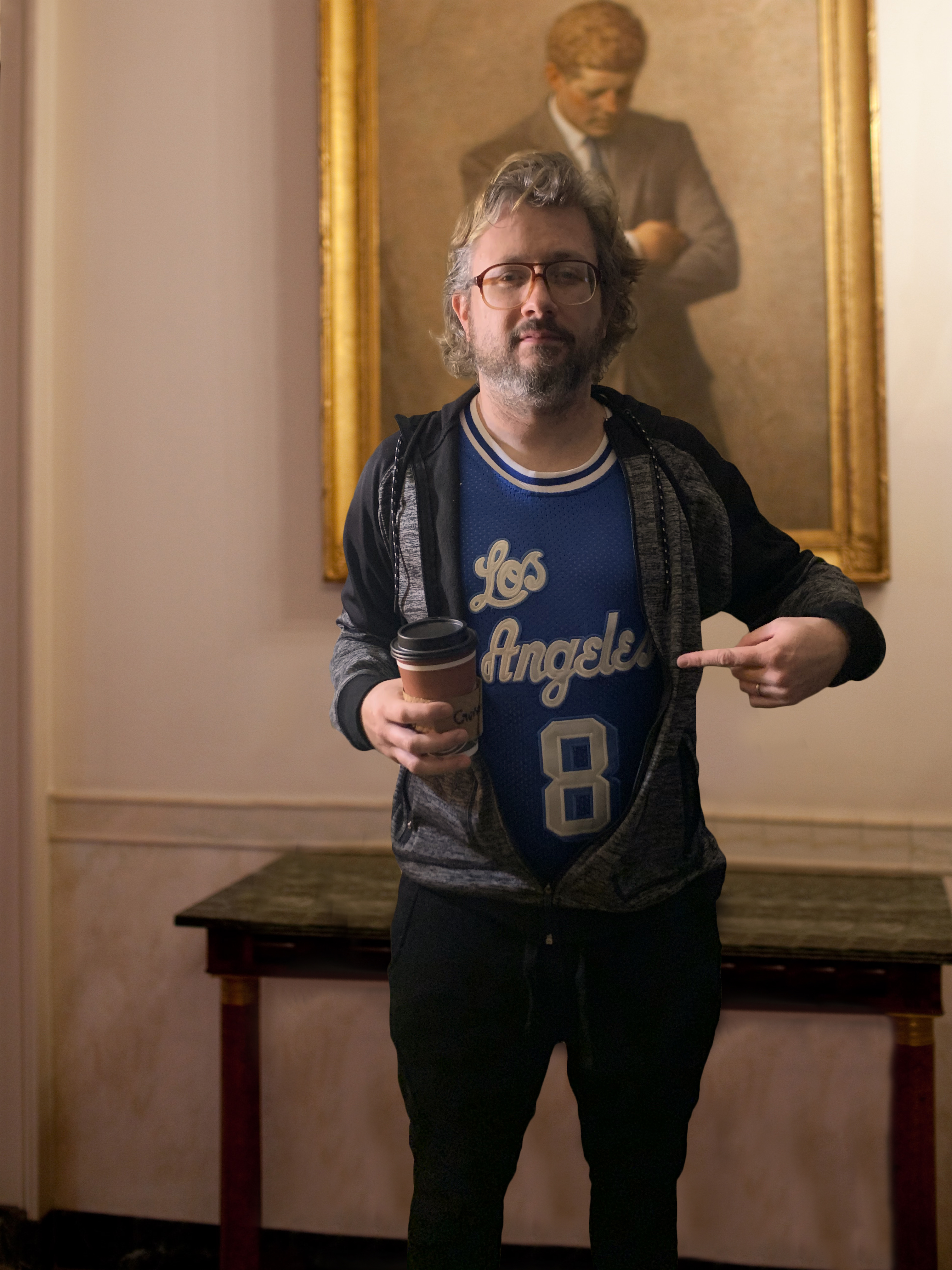 The newly released posthumous memoir from former Rolling Stone contributor Gunner Bush, titled “Suicide Notes to Kurt Cobain,” takes the internet by storm and is one of the year’s best reads. The 484-page memoir ranks above memoirs from political heavyweights Barack Obama and Melania Trump. SNTKC is going viral for many reasons, but the main reason is that so many are wondering, who in the hell is Gunner Bush?

Bush temporarily worked in the White House in January of 2021, writing and self-publishing a rogue blog that gained steam on social media sites such as Reddit and Twitter because of his liberal takes and riotous nicknames that he continues in his memoir. (Calling Rudy Giuliani, Julie Awning has to be my favorite.) Bush grew up in Louisville, Kentucky, attending college at Indiana University, and moved to Washington D.C. to cover politics. Still, we know little about him outside of winning two short story contests.

We also know Gunner Bush is in the Mueller Report, but this turns out to be a moot point. (More on that later) Bush’s position at Rolling Stone is also a moot point until we find out the two are connected. (Spoiler alert!)

The number of people who knew Gunner Bush before the release of SNTKC could all gather together and not get the local fire marshal concerned, but somehow, Gunner Bush is trending and climbing the ebook charts online. It is all a puzzle to be investigated, but after reading the memoir, we understand why.

The opening chapter takes us back to October 2016, Bush is on assignment for Rolling Stone magazine, and we rapidly learn that any assignment Gunner Bush is on is really for Gunner Bush. Bush is an opportunist, working as a crass journalist, making him an ideal fit to follow around narcissistic politicians. Still, this memoir isn’t about politics or the egoistical world of politicians despite having shades of greatness in those areas.

The political realm might only be a sidequest, but Bush delivers a modern fear and loathing into the dark side of America. The only problem with this dark side is that it is America, and Bush shows us how the “bad guy” won by being a bad guy and a savior. Bush shows us that dark side, but he does it by showing us a side of the working class unseen in literature since 1972. Bush’s honesty about the folks in the flyover and their love for their guy isn’t just eye-opening but jaw-droppingly scary, and that truth-telling is the allure of this memoir. (It is writing that we haven’t seen since prime Hunter S. Thompson.)

SNTKC is powerful, but the trick is that it isn’t about what it appears to be, and Bush pulls the wool over our eyes with beautiful precision. It is a Houdini-esque sleight of hand, but the escape is even better. The escape takes a while to happen, and it helps that Bush is snarky, conniving, and at times, hilarious.

The pull of this memoir appears to be the centerpiece of the 2016 election, and of course, Bush’s involvement with the Mueller Report, but the book barely touches on the subject despite devoting one-third of its pages to the topic. The last segment of the memoir, Mueller Knocks, brings us full circle without answering the questions we wanted to be answered before opening the book. The question of who Gunner Bush was, becomes a moot point too by the finale because the memoir isn’t about what it appears to be. (Yes, it is all primarily moot before opening and reading.)

SNTKC isn’t about the election cycle or the Mueller Report.

Instead, the three-part memoir uses the 2016 election as a timeline and white noise, but the real hidden message is in the characters. This isn’t to underscore the election as a focal point, but it isn’t the centerpiece. The real messages are more profound and darker, touching on more American subjects like mass shootings and suicide. The memoir is open about taboo topics like the “rightening” of America, brainwashing, and cult tendencies. It mixes in the subject of alcoholism, and we realize it is about friendships by the end of it. (It also provides a glimpse into how Qanon came to be!)

Sure, Bush runs through Hunter S. Thompson-style rants on the candidates, but those messages only take away from the book’s real message. Bush shows us the dark side, but he does show us a light at the end of the tunnel.

Wo was Gunner Bush? On the surface, the noise might outweigh the substance, and it all becomes a lost-in-translation moment that isn’t needed to enjoy the memoir.

The success of “Suicide Notes to Kurt Cobain” is because readers are figuring out this memoir isn’t a destination; it is a journey. The friendships made along the way are essential, and we have to go through the dark to get to the light.

The reader goes into the memoir wondering who Gunner Bush is, but that question doesn’t even matter when completed. It, too, becomes a moot point just like the Mueller Report and the election results since we already know who won. Gunner Bush isn’t the question, and the answers are in the journey.

This memoir is a journey and a chance to travel back to the Fall of 2016. It takes us back to before the pandemic, before the Trump presidency, during a time when “hopium” was still alive. (Even if that hopium is only for a horrible Democratic candidate and the Chicago Cubs.) And that is what makes it such a great read.

Gunner delivers a masterpiece; buy the book, take the ride.

“Suicide Notes to Kurt Cobain” won the 2021 Book of the Year from Cush Jar Magazine and is considered in the running for the Pulitzer Prize. It is available to read online on Amazon and Barnes and Noble:

Fitafy Has Emerged As the Best App for Fitness Conscious People