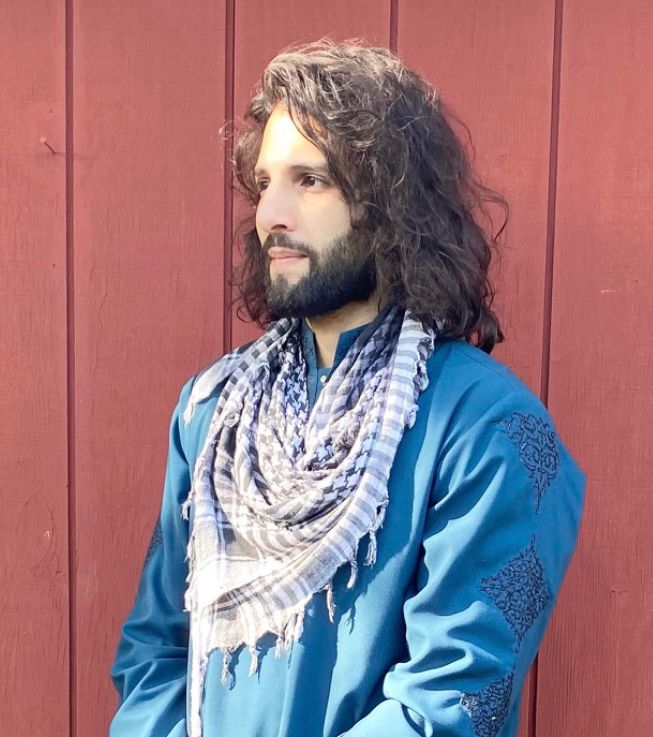 When we think about art, some of the most common forms that come to mind are paintings, sketches, and sculptures. Some of the most famous and controversial pieces are made using these art forms.

But art doesn’t have to be limited to the conventional. In fact, the more unusual the medium, the more attention it demands from the audiences.

This is why collage/mixed media artist Citizen Raja, born name Shahzaad Raja, from Chicago, Illinois uses scraps and images from magazines, newspapers, and books to create pieces that reflect the current political and social environment.

“This is an avenue for me to express my take on the world, raise awareness around important issues, and give back to communities in need,” he said.

Citizen Raja shared that he didn’t have any formal background or education in art. Rather, he had always been inspired by other artists.

“I’m completely self-taught through experimentation and influence from other artists who have a political message behind their work,” he shared.

By 2018, Citizen Raja started creating his own art after he went to the Camden Market in London where he came across a collage artist who was selling his work of celebrity portraits made from collage.

Seeing the unusual yet creative art, Citizen Raja became intrigued about the process and the amount of detail that goes into collage art.

“When I came back from the trip, I wanted to give it a shot with a stack of magazines, newspapers, and some Elmer’s glue. I had no idea what I was doing but I knew that there was a message that I wanted to put out to the world so my goal was to have that reflected in the art,” he said.

As he became more well-versed in creating collage art, Citizen Raja discovered that this was a way for him to help people and give back to the community.

For his next pieces, Citizen Raja will be focusing on significant social issues such as police brutality, gun violence, the COVID-19 pandemic, and tension in Palestine.

“I created new pieces each month with no plan or intention of putting them out to the public. After about a year, I realized that most of the pieces highlighted important societal issues that I thought people should be aware of and that’s when I decided to start posting them online,” he said.

Through his unconventional art, Shahzaad Raja, or Citizen Raja, is proving that he’s a citizen of the world whose goal is to raise awareness about social issues and ultimately help people along the way.

Master numerologist Claudiu helps you to understand your destiny, to evolve spiritually and to let go the things that generate problems in your life.