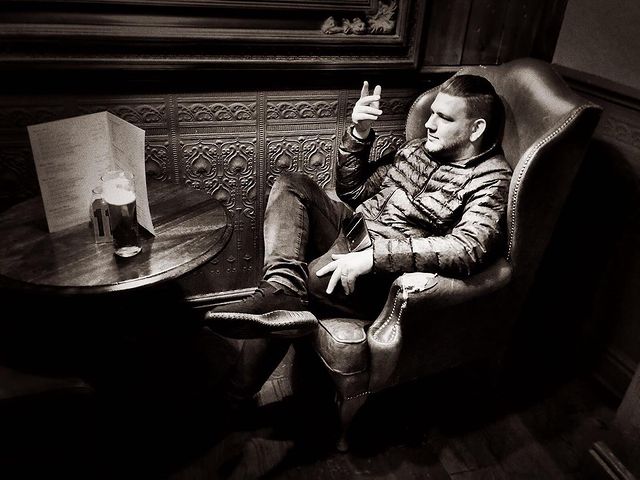 “Success is a journey, not a destination. The doing is often more important than the outcome” – Arthur Ashe.

Liam Dineen is a successful artist and music producer from Birmingham, UK, currently living his dream. Liam is widely known for his unique mellow approach to music, which is often coupled with his distinct piano sound. As a producer, Liam is also excellent at playing other musical instruments, but the piano remains his favorite tool. Many in the industry know him as the go-to producer capable of replicating any sound via plugins/VSTS and having it still sound like a live band.

Liam has also gained a massive social media presence with over 8 million followers throughout his music career, most of whom are his loyal fans.

But what keeps everyone talking is his decision not to become complacent despite his massive success. He continues to put in the extra work and commitment as he aspires to unlock even more. According to Liam, “Focussing on the journey paves the way and shines the light on what else you can do.” This remains his key mantra as he vows to continue mapping out new goals.

As an artist and producer, Liam emphasizes the need to be willing to learn and constantly perfect your trade. After spending a few years off, he had to make a comeback into the industry to catch up with what was happening. Liam’s humble attitude and desire to always be a better version of himself makes it easier to keep learning. Besides, he wants to brush up on his skills and learn more about the new sounds and music software.

This is unlike what many people would do if placed in his situation, but Liam seems to have a different understanding of the situation. He is currently on a mission to achieve more success through new goals as he embarks on his next phase.

The ambitious artist is working around the clock to keep his fanbase thrilled with more content every day. He has resolved to independently release an album by the end of 2021, a project right on course. Liam promises the album to be a one-of-a-kind music collection that will feature a few big artists to add sauce to the project. Though he has not revealed the names of who he is working with, you can be certain that it features other top talents. His unmatched creativity and music-making skills are reason enough to make anyone want to work with him. So, you better be on the lookout for its debut slated for release before the year ends.

To young and upcoming artists, Liam’s advice is that you have what it takes to conquer the industry. He believes that you don’t need a record label to showcase your talent. Gone are the days when record labels held the key to the mainstream, as that has since changed. The rise of social media has somehow made things easier. Liam trusts that all you have to do is research, do a background check, and avail your music to your fans and followers. To him, anything is possible, and all you need is to believe in yourself and your craft.

How Dr. Kerry Mitchell Brown Is A Pioneer In The Diversity And Inclusion Space