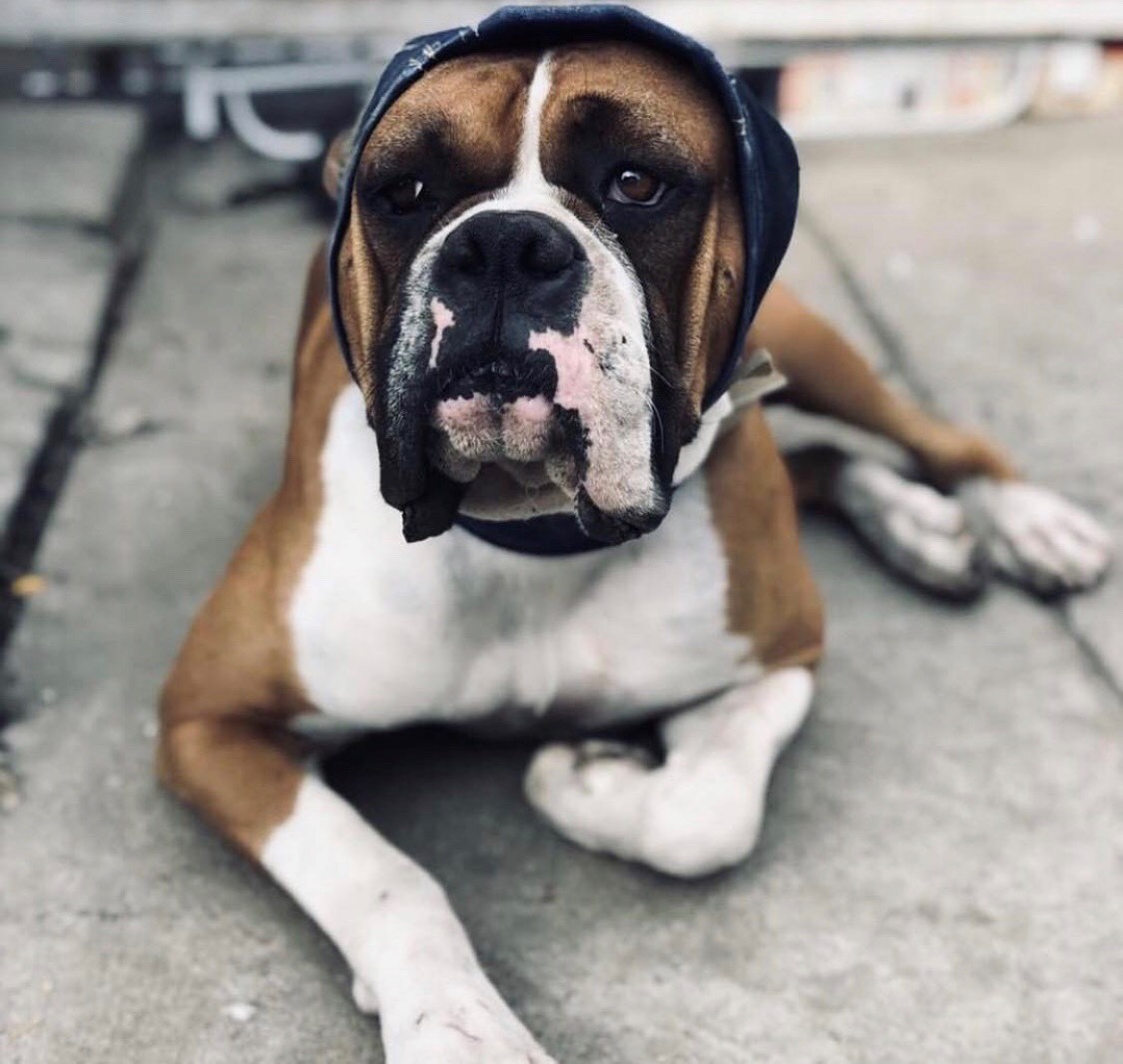 Founder and inventor of No Flap Ear Wrap, Julie Haught, has changed the way dogs recover from ear injuries. Haught’s dog Archer, one day had an ear injury so the vet gave him a vet wrap but he could never sleep properly in it and he always found a way to take it off. That is why she designed and sewn a dog ear wrap from some fleece and velcro. Her vet was so impressed by it that she immediately applied for a patent. Now, No Flap Ear Wrap is a family-owned business that has sold over 65,000 ear wraps to help thousands of dogs from all over the world. Here are Haught’s future goals.

When was the first time you tasted success?

It all begins at the end of 2013 when we accidentally rescued a boxer named “Archer”. The first person who noticed my accidental product was Archers Veterinarian Dr. Davis. After surgery on his pinna (ear flap) that required 11-12 stitches, we were constantly having to have his ear re-bandaged as he could easily escape the bandages and E-collar. After going to have him re-wrapped either every day or every other day, I asked her, what was the most important thing we could do for his ear. She said, “We just need to keep his ear from flapping. (hence the name No Flap Ear Wrap) We must keep it wrapped to stop the flapping motion from forcing blood into the ear flap which in turn forces it to find an exit.”  I went home knowing he would eventually escape the bandaging again.

I started thinking about how the bandaging worked and how the sticky tape was not beneficial to Archer’s fur. I had some fleece fabric, Velcro and a flexible cutting board. I knew I needed something that would attach around his face, that was not just a tube shape. It would need to attach around the face, around his neck and it would need support to keep it from slipping back.  I designed and sewed a wrap. It still had some bugs to work out so, after four tries, I landed it. Try as he might Archer could not get it off. He tried and tried but finally gave up.

We didn’t see Dr. Davis for at least a week. We walked into the office for our re-check and of course, everybody stared. The Vet Techs, in the office that day, asked us where we got the wrap. After seeing Archer, Dr. Davis was pleased with how well and quickly he was healing. She asked me if I could wait in the waiting area until she was done with one more patient. I said yes and was more than puzzled. She came into the waiting area and sat down. She was amazed at what I had created. Her advice to me was to get a patent attorney immediately as there was nothing like it on the market or in the Veterinary world. I sat there dumbfounded. Archer and I laughed all the way home. As did my husband when we told him.

Why do you want to be successful and what’s your ultimate vision of success for yourself?

We hope that we can affect the industry at the protocol level. We would like to be the first-line protocol treatment for ear injuries (as opposed to an alternative solution). We have already achieved that with several animal hospitals, but we would like to achieve that with the bigger chains (VCA, and Banfield Animal Hospitals).

Any last words of advice for readers?

If there are other accidental inventors out there, don’t leave your work sitting in a closet. Share it with others and see where the road leads. Spend the money on a patent attorney. It is worth it. Lastly, always remember that you can’t succeed if you don’t even try.