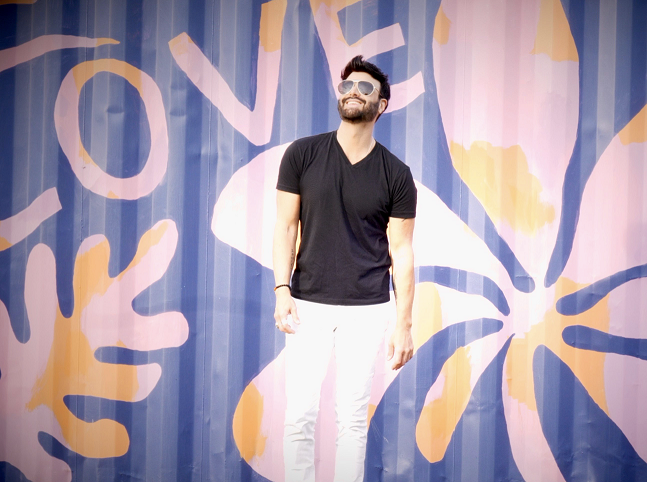 [New York, NY]-  New York-based musician Adom is gearing up to release two more singles in late October simultaneously. “Tonight” is an instrumental track that caters to the sync and electronic world in the likes of Massive Attack and Hans Zimmer. The second track is a pop R&B track fit for pop radio platforms.

As a solo Artist, Producer, and all-in-one inclusive musician and performer, Adom composes songs in many genres. “In today’s music, I truly believe you have to be more diverse in your writing and producing because there are so many talented artists doing the same, even more, talented than myself,” Adom tells us.

Adom recalls the music he wrote for the band Boston early in his career was a particular genre that related to a specific demographic. His new projects and independent record label allows creative freedom in his music and to step out of box with a specific direction. “The song’s focus is determined in early development, not by a genre.”

New York-based musician ‘Adom’ has taken his career from writing and producing for other artists to craft his signature sound. The multi-instrumentalist’s career started at an early age writing songs for BOSTON, one of the top-selling rock bands with over thirty million records sold.

While he was a child, he used to understand the song patterns of some of the major artists, including Peter Gabriel, Pink Floyd, and Def Leopard with their well-produced sound. He also studied the music of James Brown and Michael Jackson, and how they become one with the groove and vocalists like Bono of U2 that can sing from an Intimate soft vocal to a passionate cry and chill maker moments.

Adom was surrounded by music his entire life. His father Fran Cosmo was the lead vocalist in the band Orion the Hunter (Epic Records). He was also a member of the band Boston.

With a passion for songwriting running through his veins from an early age, Adom’s catchy chord changes and melodies expose an authentic artist whose diverse vocals have the power to provoke a profound response.

His first instrument was the guitar. He learned how to play right handed and then realized he played better as a lefty.

Leonardo Prakash’s award-winning instrumental music has traveled the globe. Now, he debuts his first album of songs with “Dry Leaves”

Music Industry’s Biggest Icon Yet: Why Singer-Songwriter Moxie Knox is an Unstoppable Force