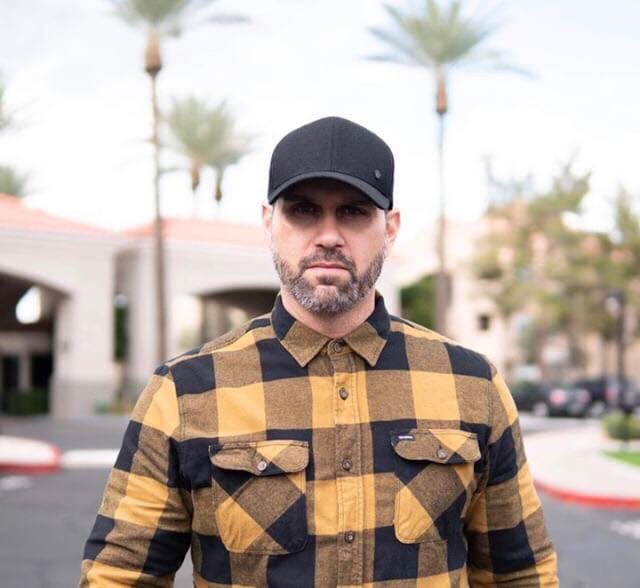 How did you get started with your career?

Rio Osoro: Since I was young I always wanted to have my own business, most my family worked in the copper mines in my home town and even though I spent quite a few years there, I always knew I wanted more for my life.  Not sure where my drive for entrepreneurship came from because no one in my family is an entrepreneur or ever had ambitions to be. I think in a lot of ways as well I just wasn’t built to work for someone else.

What are some of your major accomplishments?

Rio Osoro: My biggest accomplishment is my wife and children, after getting married and divorced at a very young age I was determined to make sure I found a woman that would support me on my journey, because I knew that this journey wouldn’t be easy. Lucky for me I hit the jackpot with my wife Jill. In terms of business I would say the first $20k month I had. It’s funny how most people think that life will change so much when you start making big money, but the truth is when I hit my first $20K it really didn’t feel that amazing. I was really proud of myself because I literally went from making nothing the month before to $20k, honestly not much changed until I hit a few more of those months then learned how to scale from there.

What differentiates you from others in your field?

Rio Osoro: I think my biggest differentiation is just that I’m different. I have my own vibe that is true to who I am and I’m not trying to fake it or fit in like a lot of people out there. I will say that I feel like it’s a lot harder to discover who you truly are these days because of the influence social media has on people.  I really feel like some change is needed in the social media space.

What is the best advice you have for someone wanting to become an entrepreneur?

Rio Osoro: My best advice for someone that wants to become an entrepreneur, would be “DO IT SCARED”, I know so many people who want to be an entrepreneur but are so afraid to put themselves out there and risk failure or risk having small minded people say I told you so just because the first thing they tried didn’t work.  My journey into entrepreneurship has literally been 80% failure, if I quit after my first or even twentieth failure I’d have never made it to where I am now and I’m just getting started. So, I’d say if you’re scared then Do It Scared. Fear never goes away so stop thinking it will and instead focus on how you can harness that fear and use it to your advantage.

Why do you think social media is so powerful?

Rio Osoro: Social media is so powerful right now because that’s where the people are.  So, any smart business owner should be going to go where the people that buy their products. Oddly their are still so many businesses that aren’t on any social media platforms, which is why Social media marketing agencies have blown up in the past five years.

What tips do you have for networking?

Rio Osoro: The best tips I have for networking are to go to events where their are like minded people and the biggest tip I have that changed my life is “ask better questions” when you are networking with higher status people that you’d like to work with or potentially partner with. Most people go to networking events and ask the same lame questions that everyone else does. Don’t be that person, if you know someone that will be there that you’d like to talk to, do some research about them and their business go read their bios. This way you will be prepared with better questions and have better odds of getting their attention and building a relationship

What do you see most people doing wrong when it comes to social media?

Rio Osoro: The thing most people are doing wrong on social media is not being social.  Most people are just worried about growing there following and less concerned with actually connecting with people.  If you want a more engaged following then here’s my recipe: Post once a day not 2,3, or 4 times like most gurus say. Then spend the rest of the time liking, commenting and DM’ing people that you’d like to connect with.

What is the biggest entrepreneurship lessons you have learned

Rio Osoro: The biggest lesson I’ve learned in entrepreneurship is that I can’t do everything and expect to get anywhere. Do what you’re good at and either hire or partner with one or two people to do the rest.

Are there any other entrepreneurs that inspire you and why?

Rio Osoro: One of the first people that I met when I finally decided that i needed to start branching out and connecting with other people is John Malott.  He’s a first class man and a great mentor to me. The best part is that using the things I mentioned above and being consistent and building a relationship with him has lead to building a partnership with him.  So I know what I’m talking about when it comes to this stuff because I’ve actually lived it.

What is the best way for someone to reach you if they are interested in working with you?

Rio Osoro: The best way to connect with me right now is through Instagram @thehustlementor.  I’m always looking for new strategic partners and I’d love to hear anyone’s business ideas and potentially help you bring it to the marketplace.

An inspiring journey of Yana Saikouskaya