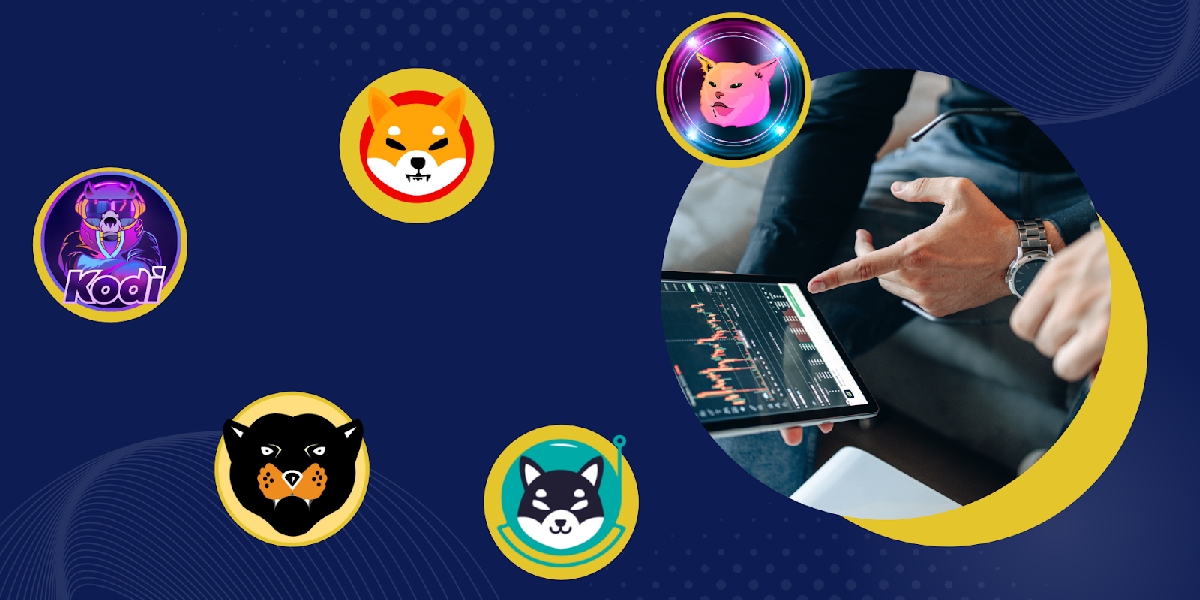 Meme coins can often get a bad rap, and let’s be real—your grandfather’s financial advisor would never. But yet, real people made serious profits in the space in 2021, making it clear that there is more to meme coins than meets the eye—if you back the right horse. Or dog. Or cat.

With over 13,000 meme tokens out there, aspiring investors are saturated with choice in a market rife with fraudsters and short-lived, pump-and-dump schemes. Due diligence is key; savvy crypto experts know that a long-term strategy, reputable team, thriving community, rewards program, and a detailed whitepaper are all hallmarks that separate a success story from a flash in the pan.

Let’s look at 5 meme tokens with the potential for growth and longevity in 2022.

A meme token that began on Ethereum and then recently added a bridge to Binance. An active community of devoted crypto cats enjoys frequent innovations like Farms, a DAO, and a charity app. Pussy Financial was founded on the idea that building strong community foundations and goals are the fundamental building blocks of any token, and their impressive roadmap indicates big moves ahead.

SafeMoon blends both crypto and gaming and offers NFTs and reward points to its growing community.  With a relatively low market cap of $25 million and a supply of a trillion SMI tokens, SafeMoon recently grew to $0.000026 over the course of just seven days. At its core, SafeMoon Inu is a community-driven meme & gaming token.

A bear-themed meme-coin that touts itself as the first-ever crypto-based entertainment network. Kodi also has a subsidiary marketing agency called ‘PITCH,’ which encompasses a use case that will directly benefit $KODI holders. Key features include a buy-back utility and a gaming metaverse which is in development.

While the canine scene seems played out (or too expensive to get in), it’s hard to ignore Shiba’s trajectory, having grown over 11430362.4% since inception. A token built on the Ethereum-blockchain, Shiba aims to be the ETH-based alternative to Doge. Because of the exponential growth of Shiba to date, another boom seems skeptical; however, recent projections expect to see a 200% increase by 2025.

Wakanda Inu ($WKD) launched in late 2021 as the world’s first African meme token built on a mission for charity works. This is not your ‘typical’ meme token; its goal is to represent people making a difference in both the crypto space and the world in general. Upon launching, it generated a diluted market capitalization of more than $300 million, with 80,000 $WKD holders in just one week, and continues to grow rapidly.

Disclaimer: This is not financial advice. As always, do your own research before investing and never spend more than you can afford to lose.