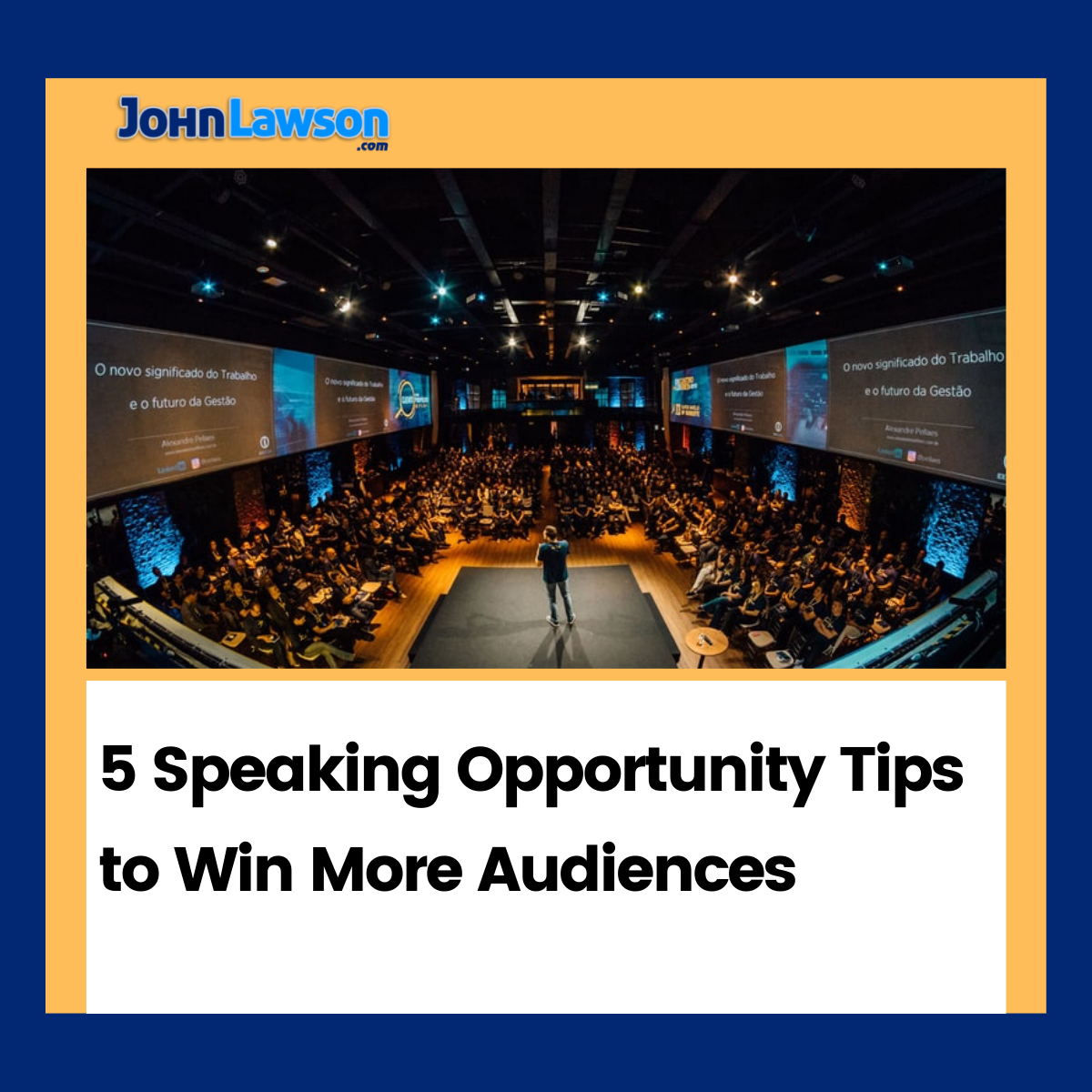 Speaking engagements and presentations are a great way to get your message out there, but they can also be a lot of work. There is the preparation, the presentation itself, and then all of those follow-up emails you need to send afterward. Five tips that will help make the most of your speaking opportunity!

Speaking engagement works best if you are speaking to an audience that you know. Research who will be attending your speaking, so you can tailor the content of your speech accordingly. This is a great way to win more audiences because they see how much you care about them and value their time.

Speaking engagements take a lot of time and effort. If you want to give your speaking opportunity the best chance, start as early as possible. That way you have plenty of time to make sure everything is perfect before the speaking engagement even happens. Give yourself enough time that you know it will be done right – not rushed or haphazardly thrown together at the last minute because there wasn’t enough time (and then having something go wrong and losing part of your audience forever).

Share a blog or LinkedIn article ahead of time to build up excitement, and follow up with weekly social media posts about where you’ll be speaking and when the event will take place. If you have any, offer discounts to your followers and friends in order to attract new people. Follow the event’s hashtag to get involved in the discussion.

Being a speaker isn’t just about speaking, it’s also about interacting with the audience. That means you need to be interesting and engaging in order for your speaking engagement to go well. Keep the speaking engagements short and simple so that they are easy to follow along with without getting bored or overwhelmed. If it gets too long, your audience will lose interest quickly.

Make sure you leave enough time between speeches as well – if all of them run very close together people may not come at all because they won’t know who is speaking.

When preparing for your speaking opportunity, first focus on two things:

While speaking engagements are wonderful for putting your message out there, they can also be tiring. After speaking at an event or conference it is important to have time afterwards where you aren’t just sitting around waiting for the next speaker to come on. Instead, use this opportunity to network with other speakers and attendees by organizing a post-session meetup.

This allows people who may not have had enough time during the speaking engagement itself to really get some one-on-one interaction in, which is great because it creates real connections that might lead into new opportunities down the road. This will help win more audiences as well because now everyone knows what you do outside of speaking gigs – even though after speaking all day long sometimes that’s all others think you can do, but having a speaking engagement doesn’t have to be the only thing you are known for.

At this event, people will get more interested in your speaking engagements because it is less formal and they will feel free to ask questions or talk with others first if they aren’t sure what to say. They won’t just sit there wondering how awkward the situation will become. If someone starts talking about something that isn’t related it’s also not as big of a deal since everyone else at least knows each other on some level now.

Afterwards, use social media to thank those who attended or contributed by sharing photos from the meetup. This is another great way publicize yourself outside of speaking opportunities – many people still think once you speak you can’t do anything else. You’ll attract more speaking opportunities if people know what else you are up to and this is a great way to show it off.

Last but not least, thank everyone involved – sponsors, attendees, speakers – for their time and participation! You might even want to provide some special bonus content after the speaking engagement has taken place (like an exclusive blog post on a particular topic) as a way of saying thank you again.

7 Ways on How To Ask For Higher Speaking Fees