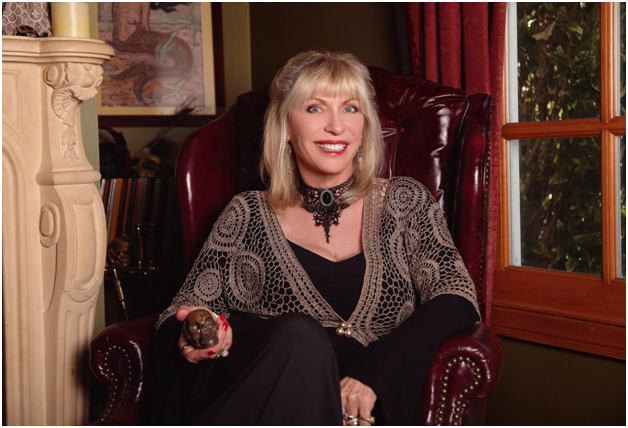 As we move towards an increasingly technological age, the public’s interest in the supernatural has shown no sign of waning. There is a persistent demand for psychics, mediums, ghost-hunters, and spiritualists, as well as for books, movies, documentaries, and TV shows about their explorations. As celebrity psychic-medium Patti Negri points out, the rise and continued popularity of paranormal and ghost-hunting content in popular media shows that the general public is still passionate about exploring the realm of the supernatural and the metaphysical.

Patti is also an owner and partner in Paraflixx.com, a streaming service dedicated exclusively to paranormal content. This gives her an inside look into the paranormal community. “The paranormal community is passionate about the way their interests and beliefs are portrayed in the popular media. This has become important to me over the course of my career; I want to show the public that magic and spirituality are not scary or evil; instead, the supernatural is a fascinating area of exploration and self-discovery.”

A Psychic Medium in the Supernatural Spotlight

Patti Negri is an acclaimed psychic-medium and “good witch.” She is perhaps best known for her recurring role on the Travel Channel’s hit show Ghost Adventures. Patti has graced the covers of magazines, contributed to over 20 books, and led seances on radio, film, and TV with a multitude of A-list celebrities. Patti’s body of work includes appearances on such shows as Master/Chef, America’s Got Talent, WipeOut, and Jeff Lewis’ Flipping Out.

Patti has a popular weekly podcast called The Witching Hour on the My Paranormal Network, where she meets with guests to discuss topics such as witchcraft, tarot, spiritualism, mythology, paranormal history, and many more topics. She can also be heard on nationally syndicated radio with Adam Corolla, Jason Ellis, Mancow Muller, and Coast to Coast with George Noory.

In an international competition by Times Square Press, Patti was voted #1 psychic, medium, trance-medium, tarot-reader, witch/magical practitioner in the world. In 2019, she released her book Old World Magick For The Modern World: Tips, Tricks, and Techniques to Balance, Empower, and Create A Life You Love. The book quickly became a bestseller, introducing thousands of readers to another side of spirituality.

Patti is not just a TV personality. She is a practicing psych-medium with years of experience. She has worked with a wide variety of clients to assess and address their spiritual needs. In her private practice, she offers one-on-one sessions, coaching, seances, mediumship galleries, interactive workshops, and energy clearings. She typically performs blessings and clearings on houses, but she has cleared a range of locations, from office buildings to entire cities.

Bringing Magic into the Mainstream

With her books, podcasts, speaking engagements, and TV appearances, Patti wants to bring magic into the mainstream and build a positive reputation around the supernatural in the eyes of the public. Eventually, she intends to develop a television show where she can bring her uniquely whimsical guidance on witchcraft and spirituality to an even wider audience.

Over the course of the next few years, Patti hopes to expand her support staff to accommodate her growing business. Between managing her private practice, writing books, appearing on TV and radio, hosting her podcast, and public speaking, Patti is staying busy. She hopes that her work can serve as an inspiration to aspiring witches, spiritualists, metaphysicians, or occultists in their exploration of the supernatural.

You can learn more about Patti Negri on her website. Her book, Old World Magick for the Modern World, can be found on Amazon. The Witching Hour podcast is available on MyParanormal.net. Visit Paraflixx and University Magickus online.