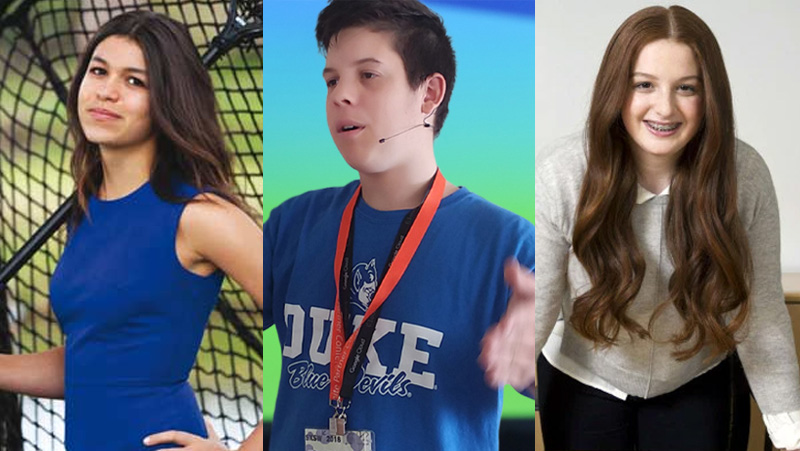 Anyone who is passionate enough to start a business is looked highly upon. However, whenever you hear of teen entrepreneurs starting a business you are even more impressed due to the fact that they are so young and establishing a business. That takes so much courage and dedication to establish a startup, especially at a young age. Let’s take a look at 5 different teen entrepreneurs that started their own businesses and became extremely successful with it, and find out their reasons for doing so!

Ben Pasternak had enough of school and had dropped out at 15. Not because he didn’t want to learn but it is because he had other plans, and had a strong passion to help other teens. He established his own buy and sell app that is geared for teens called Flogg. He also created a video platform for teens called Monkey and in no time, he earned $2,000,000 from both.

That meant instead of Ben finishing up high school, he went on to turn himself into a multi-millionaire instead, by establishing his own start-up companies.

Noa has been a very observant and understanding child because she grasped early on that it was hard for parents to find the best caregivers or babysitters. That is why at age 12, Noa found it in her to establish Nannies by Noa, which is a Tinder-like platform for parents looking for babysitters. And with this nanny matchmaking service in existence, it became very hot quickly and Noa became extremely successful.

Noa became quite known very fast because she was one of the youngest entrepreneurs to become successful in no time and she has been featured on many podcasts, in magazines, and in other forms of media. However, in 2015, she had to hire a CEO that had a lot of experience because she was not able to juggle her business and school at the same time.

The fact of the matter is that people who are vision and hearing impaired have a difficult time getting around on their own. That is why 17-year-old Richard Black established Halfcode, which is a company that provides gadgets to help those who are hearing and visually impaired to become independent and to help them get around more without having to rely on others. And Richard applied the latest AI technology in his products. What a thing to do to help those who have these disabilities gain their independence and Halfcode has made that possible for these individuals.

Rachel Zietz has always had a passion for sports and had a desire to do something to turn her passion into something that could help others and to make income at the same time. That is why at the tender age of 13 she founded Gladiator Lacrosse that sells sportswear online and in 2 years after that she became a self-made millionaire.

Rachel has been featured all over the media and has been traveling around the world to give talks and to make special appearances. In 2018, she enrolled in Princeton and is studying economics.

Mikaila Ulmer was stung by a bee when she was very young but that did not stop her from carrying out her passion. Because she made an astonishing $11 selling lemonade at the age of 9, she wanted to carry out her passion further and established Me & the Bees, her own lemonade brand at 13 years of age. She ended up making deals with large corporations and donated a lot of proceeds to charities, and has been all over the world to go on different speaking engagements.

These 5 teens are quite inspiring and the next time you don’t feel you can do something, you can look at these 5 teen entrepreneurs because they do show you how anything is possible.

Screw The Side Hustle with Kevin Mills