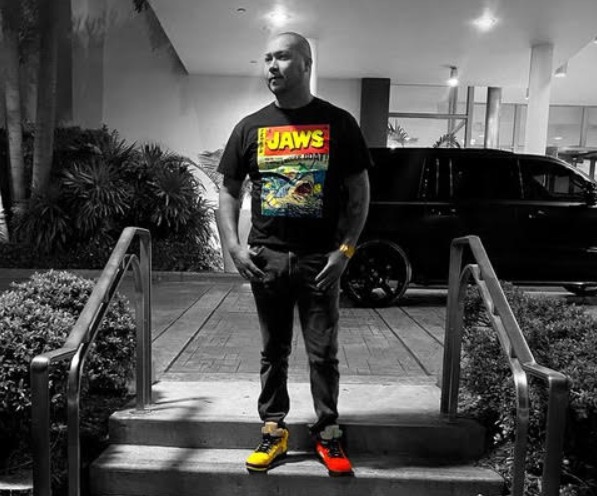 A disruptor is someone who can turn disaster into something advantageous; someone who sees the proverbial chessboard a bit differently and finds openings where others will say there aren’t any. 8roke is a Disruptor in the truest sense. He’s making his way into the music industry through nontraditional means and found a way to see exponential growth during a pandemic that found many others expecting a handout. This is the fabric of the American dream. I will always respect that level of hustle and resolve which is a big reason I’m supporting his endeavors as a music producer. The Miami by way of New York transplant has a penchant for grinding intelligently and surviving through adversity. He had a rough childhood and has said that he’s very much in this to make his family’s life better, namely that of his mother. I wish more artists had this as their driving source of motivation as opposed to clout and material gain.

A legitimately successful entrepreneur from humble beginnings and owner of Custom Autoworks Automotive Center, 8roke saw his business thrive during the pandemic which he parleyed into jumpstarting his music career. The two businesses are kindred spirits in that all of that time spent learning the car and bike game made for a lot of listening to music while he worked. I feel like once one listens and becomes passionate enough about the music itself, that pursuing the craft becomes much more natural. Couple that with a knack for entrepreneurship, and it makes for a recipe that’s quite conducive to success. Now more than ever, it’s vital for independent artists to be resourceful and to have their own knack for business. Labels are no longer the end-all-be-all and you can very much avoid the machine if you deploy enough savvy and are willing to do the work that most others are not.

8roke is very much about making a lot out of a little and his belief in self was vital in getting him here. 8roke’s production reflects his positive mindset; “Feels Good” very much lives up to its name and provides a soundscape bright enough to improve one’s mood. I feel like true mood music is more vital than ever when a pandemic has separated so many from their loved ones and forced them to spend time alone. We are consuming media at exponential rates and relying on it for our dopamine, so when depression has become an artistic aesthetic, it’s crucial that we’re taking in the right stuff. 8roke has seen an overwhelmingly positive media response to the single, released by way of Sony’s “The Orchard” Distribution Leg. 8roke is cutting his teeth as a producer right now but potential permeates the already dope record; I strongly suggest you check it out as soon as possible.
Running with a prominent circle that includes famous friends like Floyd Mayweather, Dexta Daps, Friyie, and others, 8roke is associated with the type of name brand notoriety that will undoubtedly assist him in making waves in an industry that is often tumultuous to navigate. Pairing famous cosigns with real talent and someone who is tremendously humble and authentic while in entertainment for the right reasons is what makes 8roke so easy to root for. I’m not for the pretentious or for people that are fly by night with music, and I feel tremendously confident in saying that “Feels Good” is just the tip of the iceberg and that you’ll be hearing from 8roke for years to come. Now is the time to get on board and you can do so by giving him a follow on IG at the link below:
https://instagram.com/8roke
Related Topics:
Up Next

Cate Farrow Bags Awards For Her Role In “Station To Station”

Dealing with challenges: How artist REMIRAY made a name for himself in the music industry