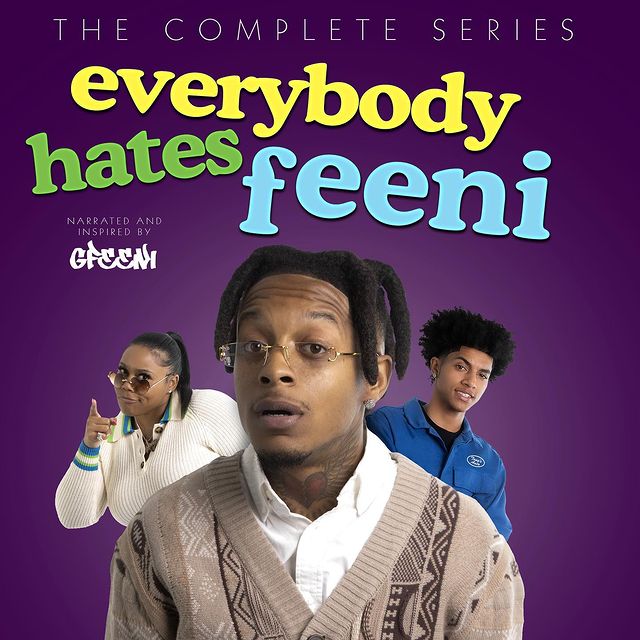 The San Diego music scene has been brewing up some of the toughest talent that the city has seen all 2022. GFEENI comes in to close off the final quarter with his 12- track collection “Everybody Hates Feeni”. Contrary to the projects title, GFEENI has very effortlessly become one of our favorite voices to come out of San Diego in 2022.

Joining GFEENI on the tape are some of our previously highlighted artists including EkillaOffDaBlockk, KT Foreign, 22Gfay, and Flashy B.

There are also a couple of repeat collaborations on the project, inclusive of “All Nighter” with Baby Stone Gorilla’s EkillaOffDaBlockk and “Dawgshit” with fellow hometown stars 22Gfay and Flashy B.. Two tracks that are well-equipped and can set GFEENI on the right pace to secure high profile colleborations in the future.

Along with the project GFEENI unleashed a brand new music video for track “OnnaG” featuring K.T. Foreign directed by Day One Films.

With only a year under his belt, GFEENI has hastily made waves in the rising hip-hop scene on the West Coast. The melodic and introspective artist flexed his humorous and tough bars in his December 2021 release “Resume Program,” a 14-track collection that put the artist on his way.GFEEI followed up with a second project, “Still Programing,” which featured similar artists EKillaOffDaBlockk, Toolie Trips, ProjectBabyTwin, Banzo, Flashy B, SieteGang Yabbie, and Tr3yway6k. The artist’s most successful song, “Shivering,” currently holds a considerable 25k streams on Spotify and over 125k views on the YouTube platform alone.

What artists did you listen to in your youth?

When did you release your first song?

What message do you wish to send out through your music?

“Anybody can prosper depsite the circumstances and remain authentic.”

Who are your musical inspirations currently?

If you had to introduce someone to your music what song would you show them and why?

“‘She Got Lucky’ –probably because of the transition between R&B and Rap.”

Do you remember the first hip-hop artist you admired outside of your city?

“To be honest, I’ve never admired anybody from my city I had a few I came up working with tho.”

What artists and producers have you collaborated with so far?

What artists do you wish to collaborate with in the future?

“I need a Rihanna verse forsure.”

What are your plans for your music walking into the new year?

“Double down on everything. Studio Time, shows,mainly visuals, and avoiding the negative distractions.”

Mr.Reaper, shines light on how his hard work is leading to success in the music industry