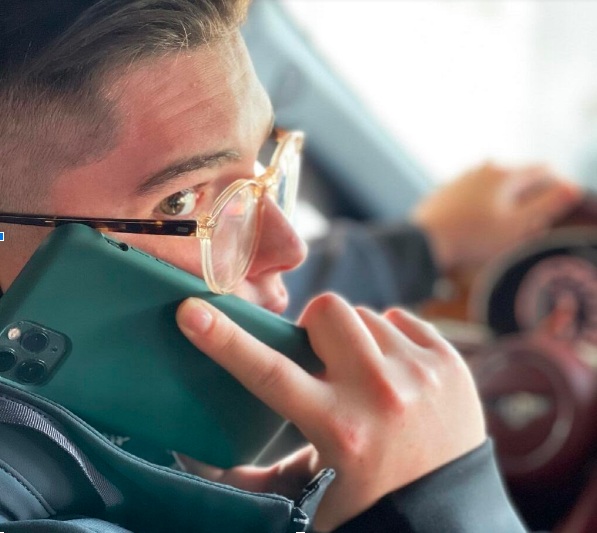 The Hip Hop scene is steadily expanding; unlike in the past, there are now rappers in little pockets all over the world trying to infuse a fresh aesthetic into their work and build a name for themselves in the cutthroat music industry. A new generation of hip-hop musicians can be seen emerging, defying many of the industry’s long-held conventions. These budding rappers and performers have risen to prominence thanks to social media platforms. But gaining short-term fame and having the true talent of maintaining that stardom is a completely different thing, which can be predominantly seen in Giorgi Okuashvili, popularly known as Geo Oku.

He is a 21 years old independent artist hailing from Tbilisi, who has notably contributed to creating a versatile music production environment and mastered rapping. Oku is also an entrepreneur and the proud co-founder of G. Squad Productions, a leading music label that he established with his friends. What’s surprising is that at such a tender age, Oku has not only managed to achieve stardom for himself but also become a  beacon of inspiration for others following his lead.

To look back to his formative years Oku was heavily impacted by great hip-hop musicians Eminem and 50 Cent as a child. He spent most of his time honing his style, and in order to do so, he relocated to London when he was 14 years old and took a music course to establish a solid foundation before going on his career path. Oku during his college established  G. Squad Productions in 2016 and has even released a couple of songs that are well-known for integrating an energetic style and catchy beats.  Some of the recent compositions by Oku are Own That, Take A Trip, Lifestyle, and PayDay to name a few. Oku’s company has been dedicated to helping emerging talent obtain attention and promoting underappreciated musicians in the community, particularly those with a hip-hop background, since its inception.

Having made a career for himself, laying each brink consciously in order to have a solid foundation, it can truly be said that Oku is not only going to achieve the dreams that he has laid out for himself but also disrupt the entire industry as a whole with his work. It is people like Oku who deserve a lot of consideration and leeway for growing up during a time that is just completely unique and without much precedent and still managing to make the most of it both for themselves as well as for the community.

Aakansha Jangir : a journey from an unrecognized face to famed personality