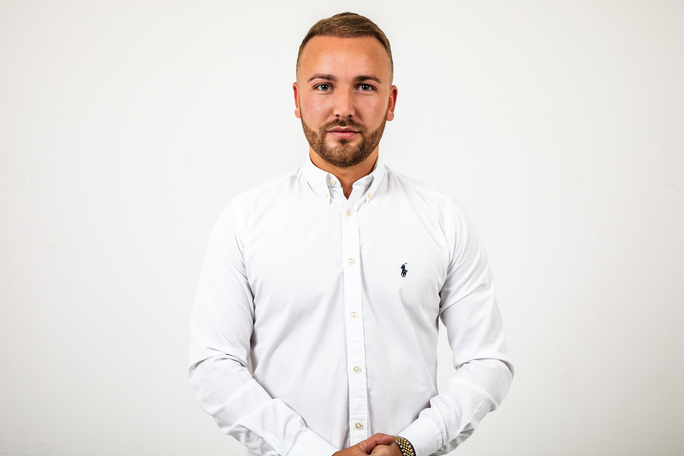 An author and a digital marketing expert from the UK, Jordan Platten is a hugely successful young entrepreneur with a marketing agency that reached 6 figure profits in 3 months when he was just 23 years of age. Having quit the usual corporate jobs, Jordan is on a mission to help people through their journeys to an improved life.
He has already mentored thousands of aspiring entrepreneurs, including students, job seekers, office-goers, and even stay at home moms to fulfill their dreams following Jordan’s successful business strategies. Here is all you need to know about his journey and work model.

Coming from a family of 6 in Norfolk, UK, Jordan spent an ordinary childhood. He had everything that he needed, but not everything he wanted, which taught him from a young age that he needed to work for everything that he desired most. During the school day, he grew interested in Drama, so enrolled into a local acting class, which he followed until the age of 18. The years he spent in those classes taught him how to diversify his social skills and captivate the attention of an audience.

At 21, whilst attending university, he developed a great entrepreneurial spirit and co-founded a nightclub events company. The late nights made it hard to attend lectures regularly, and as a result, his tutors removed him from the program two years into studying. Having bounced back from a very rough few years – a failed business, a ton of uni debt and a series of unfulfilling job roles, Jordan decided to start out on his own.

He initially came across the concept of social media marketing through a friend, followed by which he indulged himself in researching about the same. This involved investing all his diminishing savings into online training and mentorship. Two weeks later, he managed to quit his job and then witnessed an income of six figures less than 90 after that. In order to give more people the opportunity to create their own successes and launch their very own marketing agencies, he decided to launch an online training business.

How He Developed the Business Model

Initially, Jordan started building a list of prospects containing all the businesses in his local area which took his interest the most. He then fine-tuned a cold calling script based on his experience in corporate sales, which he has since made available for free inside his book, The 15 Minute Agency. His 3-step meeting strategy was the key to closing clients, which consists of ‘the discovery stage’, where he would build a basic relationship with his prospects, giving them the opportunity to voice their current issues. ‘The presentation stage’, which was used to build authority and teach businesses exactly how he could help them, laying all cards on the table. And finally, ‘the close’, which was used to seal the deal with a signature and arrange the first payment.

Once he closed a client, he immersed himself within their industry, learning the business model and their most proven marketing strategies, further adapting those strategies for social media and getting large returns on investment. This resulted in amazing testimonials and referrals, thereby making it easy to scale and sign new clients.

It wasn’t long before Jordan started receiving a ton of questions from others in the same industry struggling to scale their agencies, which is when he decided to start teaching his techniques. He began through a YouTube channel and 6 months later, launched an online marketing school, taking on his first 10 students. Today, the school has over 1,000 students enrolled, while his first book “The 15 Minute Agency” gets hundreds of copies shipped around the globe every week.

Currently, Jordan’s primary business is his marketing agency that delivers paid ads management to companies worldwide, generating hundreds of thousands in ROI’s every year. The second most rewarding model is his online training course, The Social Media Marketing School (available at https://join.socialmediamarketing.school) where he teaches aspiring entrepreneurs how to replicate their business model. Apart from that, revenue flows through personal mentorships, consultations, Jordan’s book “15 Minute Agency” and more.

Jordan was just 24 years old when he made a quarter of a million in his first year of business. In 2018, he generated over $500,000 in extra revenue for clients, he personally helped over 100 people quit their jobs, of which 7 people hit 6 figures. Over 1,000 students enrolled in his programs, while his book witnessed a sale over 2,000 copies just in the launch month itself.

Guiding and mentoring people from all spheres of life, Jordan believes that all it takes to succeed is the correct will and mentality. Helping like-minded people to travel the path that leads them to the life of their dreams is his mission. It’s amazing how dedicated Jordan is to committing his time into guiding his students to turn their lives upside down for the better. It’s the success of others that truly drives this inspiring young entrepreneur.