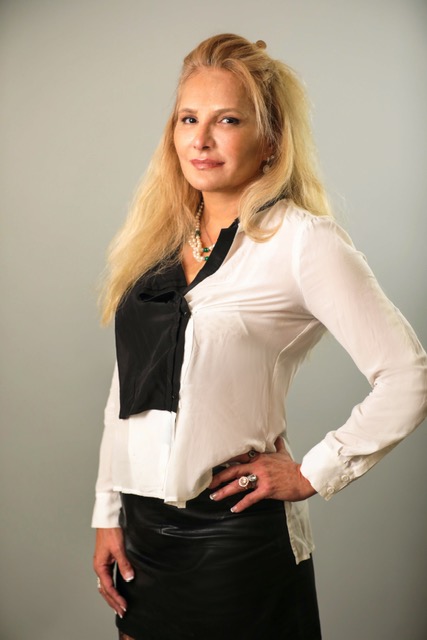 Sometimes, the stars align and, magically, everything falls into place. That’s not really how life works, but for a rare group of people, it actually does. That’s the life story of media dynamo Elle Ullmann, who single-handedly made her own mark in the world of technology and media with her knack for connecting people and building strong bonds between them.

Music and Entertainment: Her First Love

When people say that it feels as if Elle Ullmann was born to conquer the media and tech industry, they aren’t exaggerating. The truth is, Elle, traces her talent and passion for the media sector all the way back to her childhood, when she was just a little girl with big dreams attending the Buckley School, one of the most prestigious prep schools in California, where she met the biggest media moguls of the world today. Due to this early exposure to the entertainment industry, it wasn’t too hard for Ullmann to fine-tune her skills and adapt this knowledge in several entrepreneurial ventures that established her reputation.

Because she felt at home in the entertainment industry, Elle Ullmann decided that her first ventures would, of course, be related to that field. This intuition led her to invest in several music and entertainment companies, like The HashLife Company, Hashtag Board Co., and RU3 Performance.

Ullmann has also participated in a music marketing agency called SULT, with DJ E-Feezy. This partnership has created what is now known as the “first meta-label” that promises to work for their clients and not the other way around. SULT offers services to musicians, music executives, and even record label managers who want to make a dent in the music industry without having to sell their freedom and give up most of their profits. In other words, SULT offers to be a humane agency, amidst the growing number of music agents whose intentions are just to cash in on the hard work of their talents.

Dipping Her Toes Into E-Sports and Technology

For a woman such as Elle Ullmann, SULT is just not enough. She has to do more, reach more, and be more. That’s why she also founded another digital media company called MELT Music and Media Agency that caters to budding artists and celebrities who want to expand their audiences. MELT stands for Music, E-sports, Leadership, and Technology. MELT MMA is a culmination of all of Ullmann’s strengths and experience, as well as the innovations brought to the table by her business partners and reliable team.

Aside from music and entertainment, Ullmann also quietly observed the trends of the gaming sector as one of the early female investors in the field. That’s why she has even partnered with industry leaders Greg Selkoe, Wil Eddins, Clinton Sparks, and Marco Mereu to invest in Team XSET, a group of veteran gamers who are bonded not just through their love of games, but through their dedication to promote inclusivity and diversity.

Across all of Ullmann’s businesses, she has proven that she doesn’t just have the talent to work in such a high-pressure environment, but she also has the heart for it, too. Her ventures all have something to do with advocating for equality, fairness, and authenticity, which is a bit lacking in the often-believed superficial world of celebrities. Elle has made it her personal goal to help like-minded young entrepreneurs make their marks in the world at an accelerated pace, so she started the Reel Heroes Mentorship series under MELT MMA to give as much information as she could about the industry that the next generation could use to further improve the business.

Innovation, authenticity, and passion. These are the three words that best describe Elle Ullmann’s life work. It speaks of a strong woman’s strength and determination to make a mark in the entertainment industry. Her heart of gold and her passion for what she does make her an industry leader and, at the same time, a game-changer across the technology and media landscape. Hopefully, more big names of the entertainment industry emulate Ullmann’s dedication to bring authentic experience to the audience and fair contracts to creatives. Clearly, humanity deserves more of that.