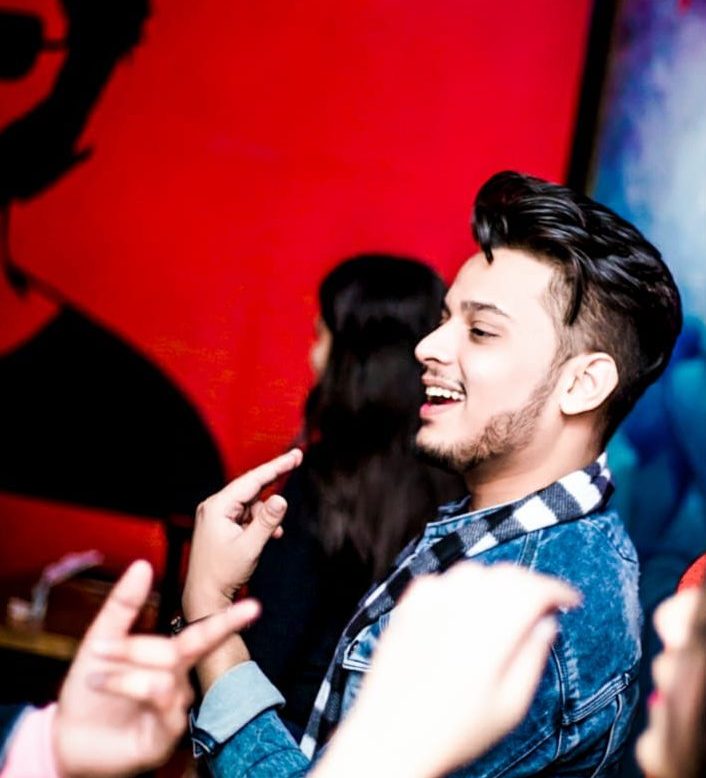 Everyone wants to make their own identity at some point of time in their life and many of them also achieve it, but doing something extraordinary at such a small age, Aakash Kumar Jha proved that Age is just a number.

Coming from a middle-class family in New Delhi, he was never a bright child in terms of studies but was never on a wrong foot as he was very innovative in terms of extracurricular activities from his childhood and was very much into technology. From the beginning, he has this quality of leading from the front which helped him in achieving the title of Head Boy of his school.

As he completed his schooling upto 10th, he joined an IIT Institute to prepare for IIT exam but he was never into it. After he completed his two years coaching program from Institute and also completed his 12th at the same time, he wanted to do something else other than Engineering. Then he chose to join the aviation sector and got himself trained to work in this sector. He also got placed in renowned airlines Emirates as CSA but even working with such a big brand he was not totally satisfied. He always wanted to be a Boss himself rather than working for someone else. For a while, he thought that joining this aviation field was his biggest mistake, but no one knew that this was the silence before a storm.

Being a Tech. freak from his childhood, he then took a chance and came into the digital marketing field. It was a huge risk for him as he was settled in the aviation field and taking this decision at such a young age would have a life-changing decision in both positive and negative ways. But as everyone knows, the name comes from taking risks and did so and became India’s youngest entrepreneur at the age of 18.

He started from Flying Digital, a digital marketing company which provides SEO, Websites, Press Release and different digital services to many international celebrities and other social media influencers. He has developed over more than 100 successful websites on his own. He is also gonna start his youtube channel soon. On his Instagram account, he has more than 14K of followers.

Aakash believes if you don’t start learning something, you can’t end it being successful. He learned all these digital marketing and entrepreneurship skills by following and getting inspirations from some famous personalities in this field like Digital Pratik, Sorav Jain and many others. All these things he managed to learn just by watching videos on youtube and other social media platforms.

He is also a social worker and he always wants to do something for the poor society of our country and also loves to protect our nature and animals. He is such a pure soul that he even has an organization named Flying Hand Organization for social causes. This thing just boosts up his personality to the next level and all his hard work pays off.

His journey from a normal guy in the aviation field to becoming a brand in the digital marketing field and being a huge entrepreneur in just the age of 19 is one to look at. He inspires us in many ways such as how no dream is big or small, you just need to keep hustling to make your dream true in real life.

Related Topics:Aakash Kumar Jha
Up Next

K.O. Mason Uses Struggles To Push Him Forward With Music