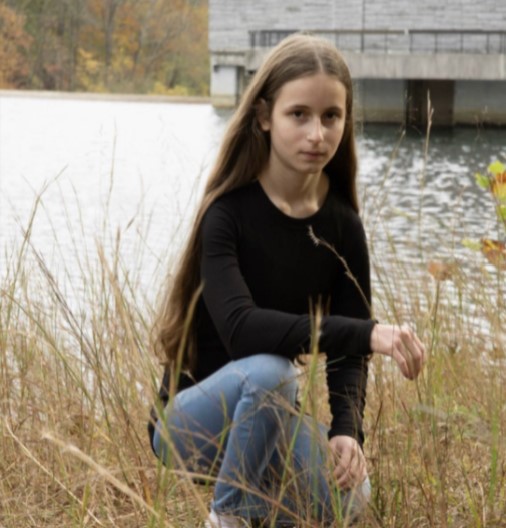 Alyssa Oster is a teen with impeccable strides in acting with bright dreams and a future ahead. She is a lady who has beaten social pressures, especially at her age, by sticking to her values and existence. She has been toughing out social pressures, as they can highly diminish one’s goals. Oster, now a fast-rising and noteworthy star in the entertainment industry, has continued impacting her generation positively, while presently attending high school online.

But the high-schooler isn’t a stranger to the challenges the COVID-19 pandemic has brought her way, yet has continued to maintain academic honors and excellence.

“The pandemic was a huge challenge for me, because…it caused panic, fear, and uncertainty,” Oster told Disrupt Magazine. “I don’t like a lot of change, so it had a major impact. Traveling was stopped, school went virtual, and it impacted my social and family life. There was a lot of uncertainty in the world and it changed my outlook on life.”

In five years, Alyssa Oster says she sees herself attending a college with a good theater and arts program. “In the future, I would like to write my own screenplay and producer/direct my own work.” With many rising artists, education is often seen as a distraction for purposes of growing his/her/their entertainment career, but not to Oster, who believes that pursuing an education will make her a “well-rounded individual” while also helping her with her business and acting decisions. “I feel that it will also give me something to fall back on if for some reason I can no longer perform in the industry.”

She recounted a particular college university she came across during her college search, called Theatre of Arts in Los Angeles, and described a course it offered, called Motion Capture Acting. “I was intrigued by the acting and the special effects that could be done; it seemed like a lot of fun.”

Taking the pandemic into consideration, Oster said the biggest challenge for her as a rising actress, was the entire industry shutting down. “It just came to a halt, where in-person auditions were stopped, which limited my ability to obtain roles.” But the actress is confident the industry will continue returning to some semblance of normalcy.

For others who are close in age to Alyssa Oster, who may be susceptible to social pressures, Oster suggests to try and tough through it. “Social pressures can be very stressful and you should always remember to stay true to yourself, and your values.”

The young actress hopes to see herself in a starring role in a television sitcom or drama, while continuing to give back to the community with her activism in combating brain cancer, something which hits close to home for Oster.

In a previous interview with True Hollywood Talk, Oster revealed that her passion and activism in support for Brain Cancer Awareness and eradication stemmed from her mother’s triumph as a brain cancer survivor.

“Learning that my mother was diagnosed with brain cancer had a major impact on me,” she told True Hollywood Talk. “At that time I was unsure of whether my mother would survive as she needed urgent brain surgery to try and eradicate her cancer. Due to my age, I was not permitted to visit my mother after her surgery. I could only find out information from my father and family members as to how she was doing..”

“Her surgery was a partial success, but she would still require treatments. During her surgery she suffered a major stroke and I was privileged to see her fight and her determination to recover and eventually go back to work teaching full time; a personal goal of hers. I watched as she endured chemotherapy and Proton Radiation Therapy to attempt to remove the remaining tumor left behind from her surgery.”

It is important to stand by causes and movements that help to empower others, particularly those who may be treated differently, or as marginalized. On Tuesday, the U.S. criminal justice prevailed as the trial of former Minnesota police officer Derek Chauvin came to an end, with the jury returning a ‘guilty’ verdict on all three counts for the murder of George Floyd.

By the hour, it becomes ever-more increasingly important to ‘be kind,’ especially in an industry that is already facing backlash of abuse power. “I think that it is very important that everyone is kind to everyone, and that everyone’s voice should be heard equally,” Oster commented. “We are one race, the human race.”

Currently, Alyssa Oster is waiting to resume her role in Toll House Horrors, while continuing to audition for various roles. Toll House Horrors, directed by Larry E. Johnson, was postponed back in February 2020, due to the pandemic. The film, according to IMDB, tells the story of two sisters who are caught in the grip of Demon Trollers, in an unimaginable afterlife of terror and disorientation, where life, death, and love is not what you might imagine. Oster has a leading role in the upcoming film.