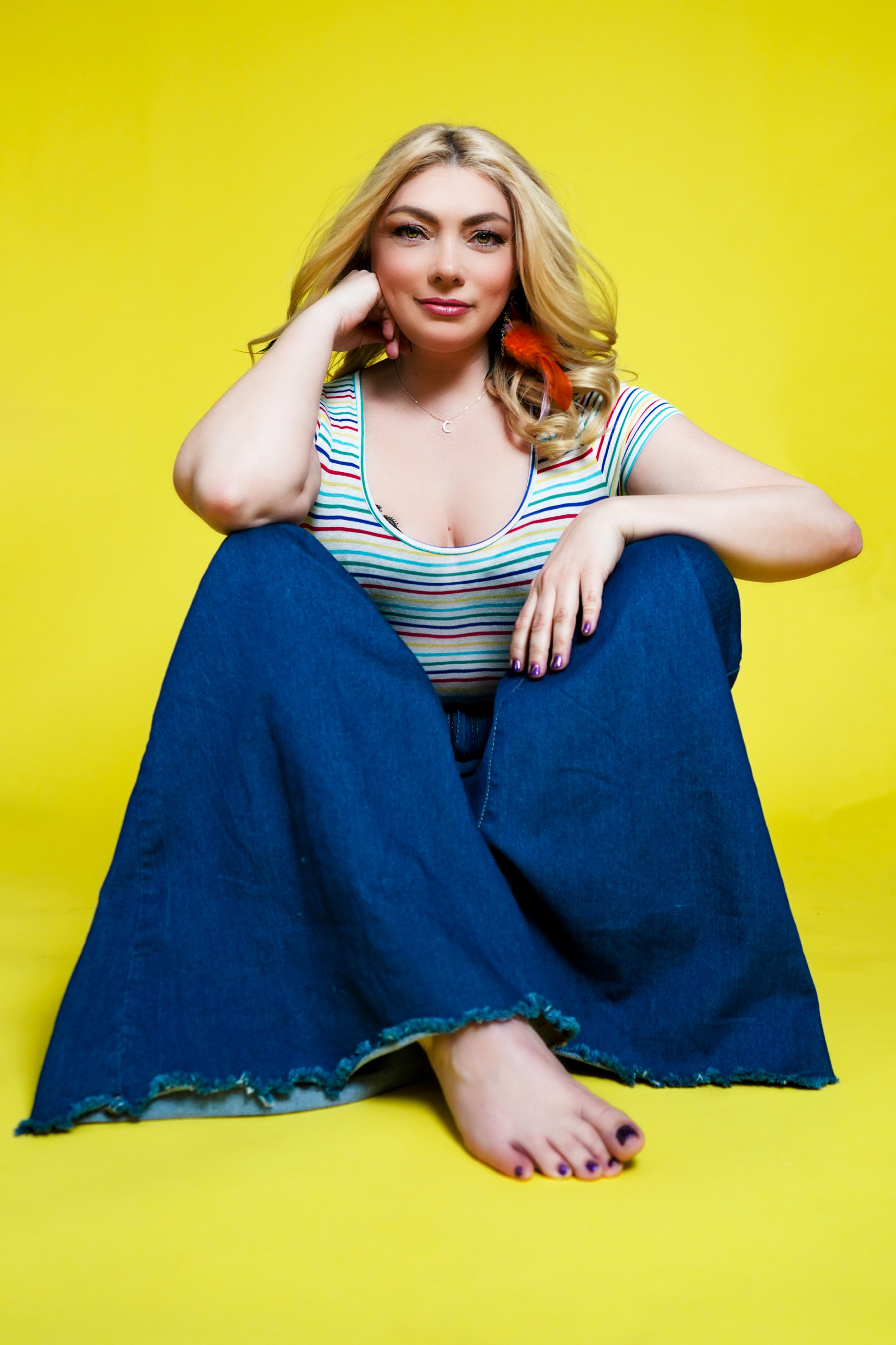 Diane, tell us more about how you got started in acting & directing.

I grew up the youngest in a family of six and I always kid that I got into entertainment because that was the only way anyone would pay attention to me.

The truth is, is that I had all older siblings so I was passed around and taken care of extremely well.

I naturally became an entertainer, singing and dancing from as long as I can remember.

My family has always been extremely supportive of my artistic endeavors and since, I had shown a liking to the arts (and not so much the sports that my siblings were involved in), my sisters and mother entered me into “The Little Miss Union” contest in my hometown when I was 8.

I won the contest by performing a dance to the song, “I Wanna Dance with Somebody” by Whitney Houston.

That put me on the fast track to taking lessons in a formal dance studio and getting my feet wet acting in tons school plays and regional productions.

All of which eventually led me to pursue acting very actively starting from high school.

In my senior year, I received what is to be considered the “Tony Award” of High School Musicals called, “The Rising Star Award” from the world renowned Papermill Playhouse in New Jersey for Best Actress.

I was nominated alongside and won against my rival Anne Hathaway (Les Miserables, Devil Wears Prada) who at the time was a friend and fellow conservatory member.

Winning that award gave me the confidence I needed to actually pursue entertainment as my career.

I did some commercials, a part on Law and Order SVU, and off broadway plays in NY including, “Hats Off to Liza” playing Young Liza Minnelli and “Six Goumbas and a Wannabe” being featured as 2 parts with most of the cast of “The Sopranos” and the lovely Katherine Narducci of “Bronx Tale” fame.

Thats when my eyes were set on the City of Angels.

I set off at 21 years old to Los Angeles, knowing absolutely no one.

I quickly landed an original spot in the burlesque variety show, “The Pussycat Dolls” at the Roxy in Hollywood that would become the ultra successful girl group of the same name.

It was my first job in LA and it was filled with celebrities.

I was thrusted right into it and loved every second.

From there, I worked in several music videos and then fully became involved in independent film.

My partner, and husband at the time, and I, created a film that was the 2005 Official Selection of the TriBeCa Film Festival titled, “IOWA”, starring myself and Rosanna Arquette and John Savage.

We also made a documentary called, “Dying For Meth” that won and was nominated alongside CBS and NBC for the Prism Awards for outstanding community service.

After my divorce, I started studying at the Beverly Hills Playhouse and created relationships with people I’m still making films with to this day.

Most recently, I produced, “Before The Dawn”, which was written by and starring Alana DeFreitas and directed by Jay Holben.

It is my fourth feature film as a producer, and my first after my divorce.

I got the opportunity to work with rock legend, Glenn Danzig, on his first music video for his album, “Black Laden Crown”, starring in the music video for the song, “Last Ride”.

Glenn then casted me as a supporting role in his feature film debut, “Verotika”.

In 2018, I launched my own production company, WallyBird Productions.

I started the company so that I could use my experience and voice to create teams of filmmakers and put an emphasis on gender equality and racial diversity.

Under the WallyBird banner, I directed my first music video featuring the enormous talents of the artist, Juno and Aina Brey’on, with their collaboration of the song, “Let me Love you.”

I’m very proud to say that every single one of WallyBird Productions projects has ensured gender equality and racial diversity in front and behind the camera.

We have only just begun!

What is the most difficult aspect about starting a career in entertainment?

Getting used to hearing the word no and not allowing the rejection part to get the best of you.

In reality, most of the things that you’re going to go out for whether they are auditions or meetings, you’re not going to get them.

But, if you continue pushing and not allowing the “no” to get you down, eventually you will get in those rooms and book those jobs that you actually want!

Who are your biggest influences in acting and why?

WallyBird Productions has a short film, “Make A Wish” currently dominating the festival circuit that was directed by Dinh Thai, written by Dinh Thai, and Ivan Tsang, and produced by WallyBird, myself, and Edward Hong, and Josephine Chang.

Another short film, “SHIRi”, written by and starring Grace Yee, directed by Micah Coate, shot by David Rivera, and produced by myself, and WallyBird, is currently awaiting festivals.

And the film, “Dissonance” written and directed by Rafi Jacobs, shot by Kaity Williams, produced by myself, WallyBird, and Rafi Jacobs, just finished post production.

I’m currently writing 2 television shows, one by me and one with four other writers, and writing my first feature film as writer and a book!

Being a DJ is in His Blood: How Alex T, AKA Alex, Took His Spot at the Turntable

How Mari Baby Is Disrupting The Music Industry Like A Pro

Mojomora is an American entrepreneur, journalist and Juris Doctor (J.D.) with a legal specialization in Intellectual Property. He is also the Founder and Editor-In-Chief of Dark Magazine and director of 6-part docuseries 'After Dark.' His digital magazine covers have gone viral across social media after gaining the attention of major influencers including Lexy Panterra, UFC Fighter Alex Perez to "The Fault In Our Stars" actress Emily Peachey, 2x Emmy Award Winner Theresa Broadnax and Emmy nominated recording artist Nevrmind.