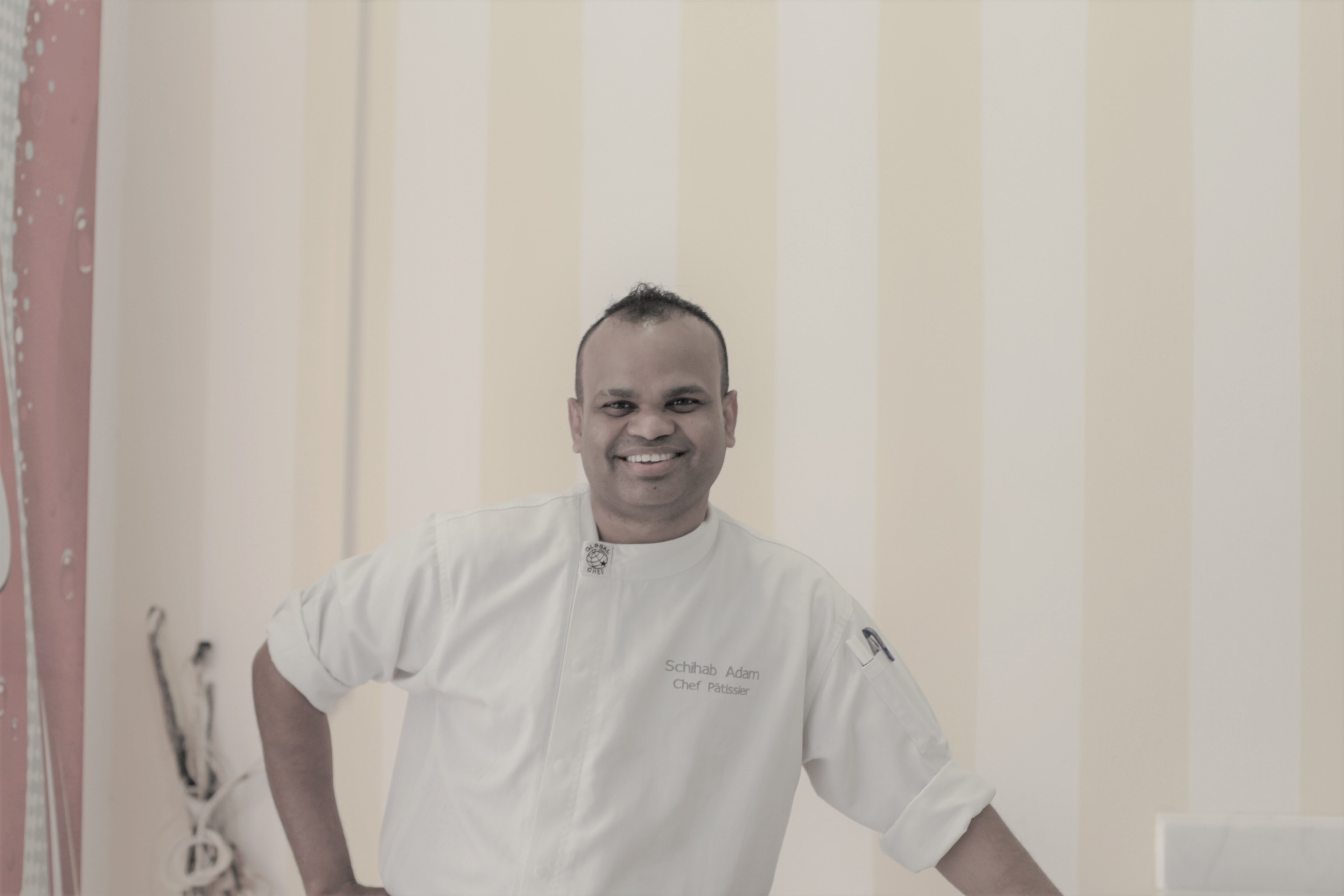 Adam Schihab was born in the Republic of Maldives and at only 38 years old, he became one of the most renowned and most influential chefs in the Middle East.

Schihab is a name that anyone in the bakery industry would recognize, having worked in over ten countries all over the world which include Italy, Egypt, Indonesia, Australia, and the United States, just to name a few. This unique international experience allowed him to work and cater in the most renowned five-star hotels and resorts, such as Four Seasons, Waldorf Astoria, Conrad Hilton Dusit Thani, Ritz-Carlton, and Relais & Châteaux.

With a wonderful career that has not only limited itself to making delicious food and pastries, Schihab has also garnered the titles of entrepreneur, author, and food influencer. He is the author of The Islander Chef, a Recipe Book that features his best recipes, sharing his culinary secrets with the world and encouraging everyone to try some of his best and most innovative recipes. Schihab’s love and devotion for the culinary world are highlighted in one of his most inspiring phrases: “I don’t do my cooking or baking for the sake of money I do it because it is my passion.”

Adam Schihab’s impressive career of over two decades and his immense talent granted him the honor of winning the Difaya Culinary Award in 2005. He became one of the best chefs in the Middle East, his delicious pastries and food having a unique and special flavor combining the styles of both Mediterranean and European food, winning the hearts of everyone that tastes his food.

Schihab shares his best pastries and artisanal food as the executive chef of the brand new Vanille Restaurant.

The Vanilla Group of Saudi Arabia, one of the leading pastry and catering brands in the entire Middle East, partnered up with Schihab, choosing him as executive chef of their new restaurant Vanille, located in Al Khobar, Saudi Arabia.

With Adam Schihab on the lead, Vanille has become one of the most delicious restaurants in all of Saudi Arabia. The passion Schihab and the Vanilla Group have for providing the best pastries and mouthwatering food makes visiting this restaurant an experience no one should miss.

Schihab’s love for artisanal food has inspired him to become the first person in Saudi Arabia to import a Mock Mill from Germany, a machine that allows him to mill his own flour to make the best fresh artisan bread, which is not only delicious but is also free from bleaching and chemicals.

As a food influencer, Schihab has over 82,000 followers on Instagram, a number that has been increasing at a rapid pace as he shares with all of his followers the best culinary tips and photos of his most mouthwatering pastries.

Related Topics:Adam SchihabEntrepreneurfood
Up Next