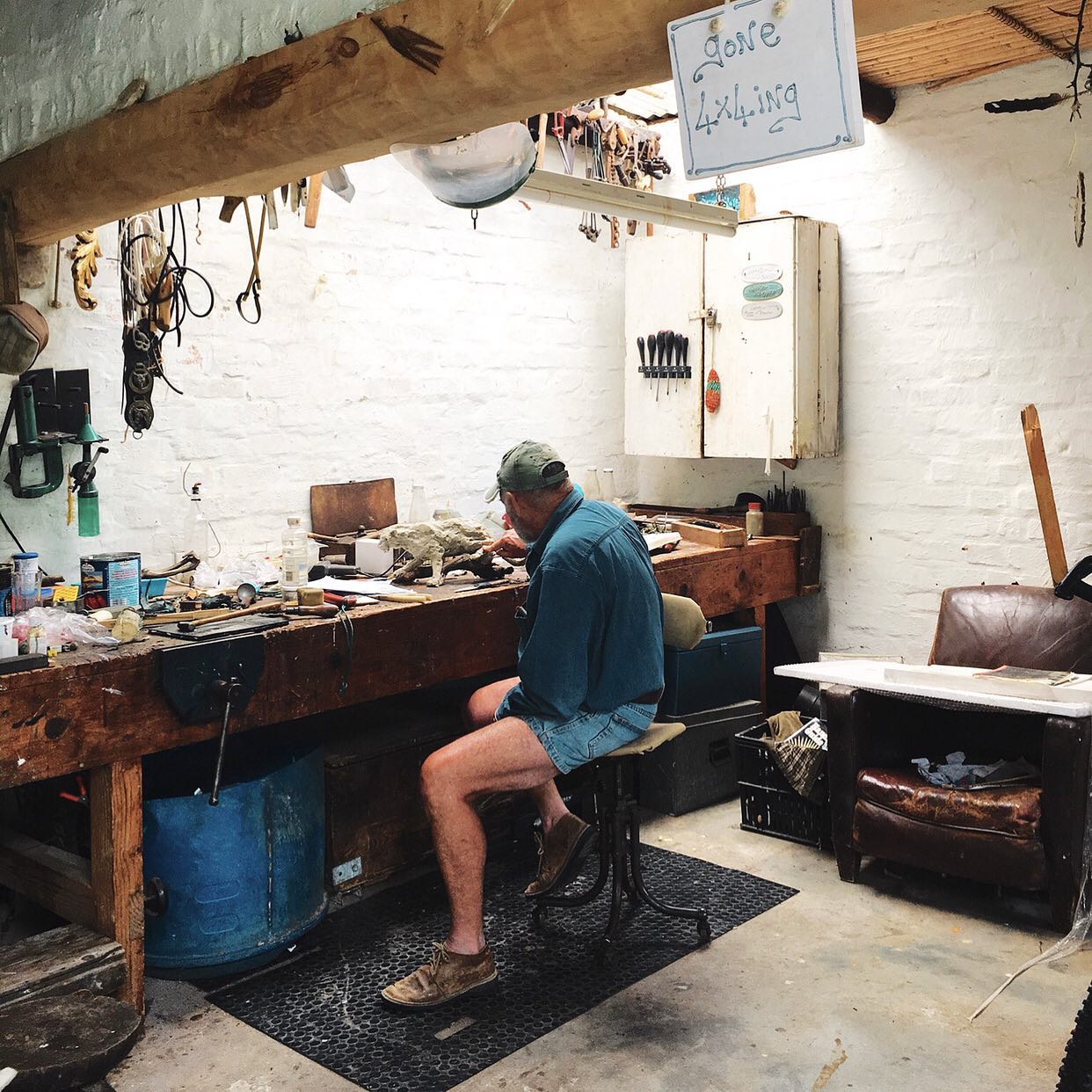 Alastair Barnes is a well known and highly respected artist. Alastair’s works have been recognized and displayed by some of the art world’s most prestigious venues in London, New York, South Africa, Miami, and this fall will be keeping it weird in the Lone Star States Capital: Austin, Texas.

Alastair Barnes was working out of an artists studio during the pandemic in East London and is one of South Africa’s most acclaimed artist and sculptor. His ability to sculpt and paint what he experiences draws art connoisseurs from around the world to his shows. Alastair Barnes is preparing to launch a new show. He’ll be coming to Austin, Texas this November to present the art world with his latest and greatest creations followed by a trip to the biggest art event in the country Art Basel in Miami, Beach.

Alastair Barnes draws crowds and this is a big draw as Austin is known as an indie art scene showcasing street art all over but has yet to evolve into a city that has a major art museum and exhibits.

His life has been just as interesting as his art. Living on the Border of the East Cape in South Africa he enjoyed an adventurous life filled with hunting, fishing, and enjoying the local beauty with his homelands rolling green hills and exotic native animal species, Barnes is living the fantasy of every young man growing up across the pond and then making it big in the art world in America.

Barnes work is growing in popularity with the elite upper class of Texas, England, and South Africa. His works appear in many different well-known high end galleries across America, Europe, and South African galleries. Alastair takes commissions from interested parties and is well-known for his ability to craft the perfect sculpture. He takes commissions for portraits, too.

Much of his sculptured works are of wildlife. He can craft a unique piece that displays intricate details. His ability to capture the expression of a bird within his sculpting is one of the talents that makes his work stand out. His bronze casting work provides an ideal example of style and magic that makes a unique gift excellent for that art lover for whom you care so much.

Alastair’s paintings often are mixed media art. Alastair likes to use acrylic and oil paints together. His natural talent for art and his eye for color makes him easily one of the top artists of the decade in South Africa.

Coming to the United States, this November, Alastair Barnes will be exhibiting some his most anticipated works since pre-covid in Austin, Texas. Art enthusiasts from around the world are purchasing their tickets to fly into Austin, Texas now that the worst of the pandemic is behind us and we are ready to return to normal life without covid-19 being a distraction but rather an inspiration that can be put into artists works.

The Importance of Managing Your Time When Running a Business

How to write a PR for your brand new eCommerce store