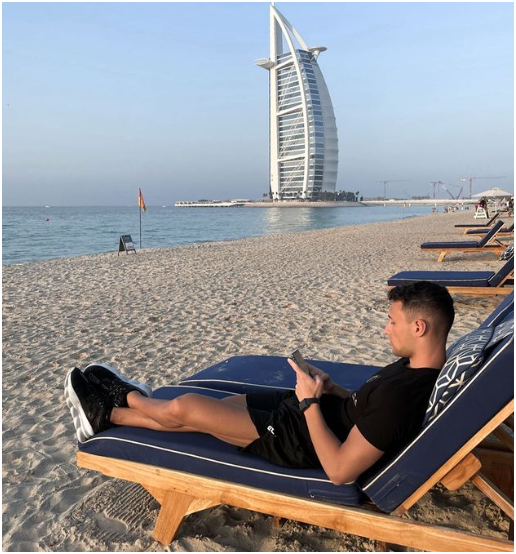 People often say Hard work beats talent when talent fails to work hard. Hard work is more important than talent because, if someone has a talent, proudness will take it away, and hard work creates talent.If you are at the right place in the right time, it can definitely boost your chances to hit the bullseye without even putting much effort however sometimes even after being at the right place in the right time some people mess It up because they are not prepared for it. It’s not just about luck, it’s about hard-work as well. Consistency and discipline are the most important factors behind every successful individual. Amongst such hardworking individuals there is a very prominent name ‘Alessandro Lamburghini’ who started small but turned out to be an unforgettable success story. He was born in Rome, 1997 and since childhood his dream wo to become a successful entrepreneur because he never had a mindset to work for anyone else. However, as they say, the beginning is always the most difficult part of any story so initially he had to work small jobs but he was so efficient in them that he collected a good amount in a very short time to start his own business. He believes that there is always a room of improvement but at the same time he is a quick learner too. Alessandro has a massive fan following over social media, and with over 1 million followers on Instagram, he is all set to be one of the top entrepreneurs in 2022.

Alessandro started his company named “Lamburghini Consulting” that creates and launches online business from scratch. Regardless of the niche, they assist clients and work with them in order to establish their brand successfully in the market.Alessandro graduated from the High Artistic Audio Visual and Multimedia. A well-educated person needs to be able to admit any wrong-doings and learn from their mistakes, regardless.  For an individual to be considered a leader, one needs to have a thorough understanding of themselves and their fit in the outside world because if you don’t understand yourself, the chances are others won’t understand you either.

A good and quick learner needs to have some sort of creativity sense, problem-solving methods, ability to accept mistakes and to be able to learn new things and manage themselves all throughout life no matter how hard life could be. The reason of Alessandro’s success in such short period of time is his ability to listen and understand, he is patient enough to deal with all types of clients that’s why his private mentor membership is one of his most profitable businesses. Being an entrepreneur is not easy at all, it comes with a lot of responsibilities, whether the business is good or bad, you need to have enough patience to overcome the hurdles and move forward with a positive mindset and never giving up attitude.

1KSpin: An Artist Ready For Mainstream