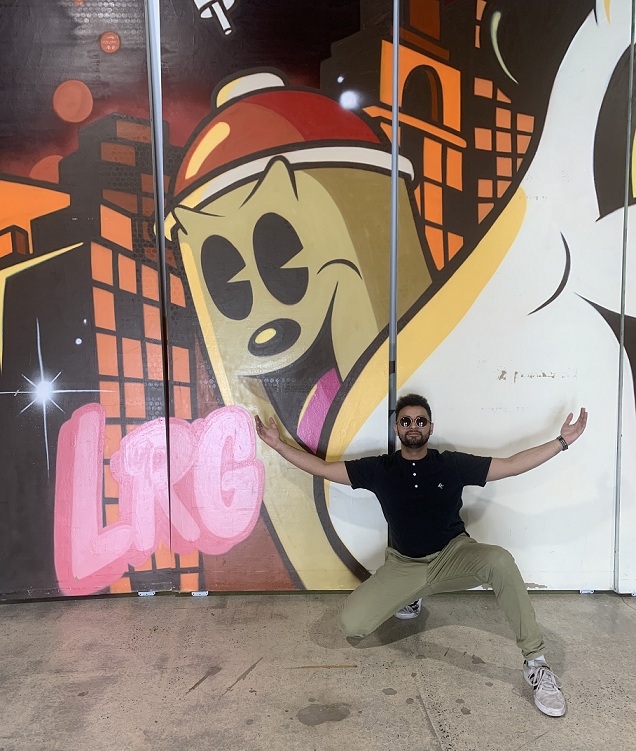 Things weren’t always easy for Ali Samad, Owner and Creative Director at YOUNGMUZZY. To get to where he is now, he’s had to go through some extraordinary life-changing experiences. After speaking with him, I’ve come to notice he’s a bit different than others. His way of thinking seems to have gotten him to where he is now, and let me say it’s been quite the ride.

For starters, Ali, also known as Muzzy, was born in the major Mediterranean city, Alexandria. He and his family moved to the states when he was only 5 years old. Since the start of his brand in 2016, Ali has managed to sell out every collection he’s released; starting with his first drop in 2017 which sold out in less than 2 days. Guided by an “ancient royalty mindset” and leading his design process with psychology rather than art, YOUNGMUZZY gained tons of recognition in the coming years. The brand was later seen on VICELAND and WorldStarHipHop. Since the debut, Ali has been invited to some of the most exclusive fashion events in the world. He’s made custom pieces for notable artists including Playboy Carti and Just Juice. Soon after, Ali was noticed by a notable fashion insider who gave him his first experience as a VIP guest to NY and LA Fashion Week.

In late 2018, Ali decided to take a leap of faith and moved to the West Coast to propel his brand. With just $200, he ended up living out of a rental car for some time before his first opportunity presented itself. 2 months later Ali had become the executive assistant at the fashion manufacturing giant MadEngine, global leaders in licensed fashion and accessories manufacturing and owners of the globally known brands, LRG and NEFF Headwear.

“I worked my a** off at MadEngine, about 60-70 hours a week, getting paid close to minimum wage. I had to put aside YOUNGMUZZY and make some sacrifices to get the position. It was difficult and I thought it would pay off, but unfortunately I didn’t feel valued and forced myself to depart after 9 months.” He says.

After departing from LRG, Ali began losing sight of his vision. Fortunately, a few months later Ali rejoined with some childhood friends, which introduced him to the stock market. After dabbling in some stock options with a starting investment of about $1,000, He ended up making 3 times his annual salary at MadEngine in just 4 short months. Excited with his earnings, Ali instantly moved to Miami and started preparing the relaunch of YOUNGMUZZY globally.

He says, “My experience is proof that we are never in control of what happens to us. Everything is in God’s hands. You might think that what’s happening to you is a bad thing, but it might be the best thing to ever happen to you. Leave things to God, and trust his plan. He is the best of planners.”

Follow the brand on Instagram at @youngmuzzy or visit their website at www.youngmuzzy.com to learn more about what the brand has in store for the future.

Struggles That Entrepreneurs Face: The Life Story of Vince Pitstick, Metabolic Mentor, and a Trailblazer in Functional Nutrition Industry