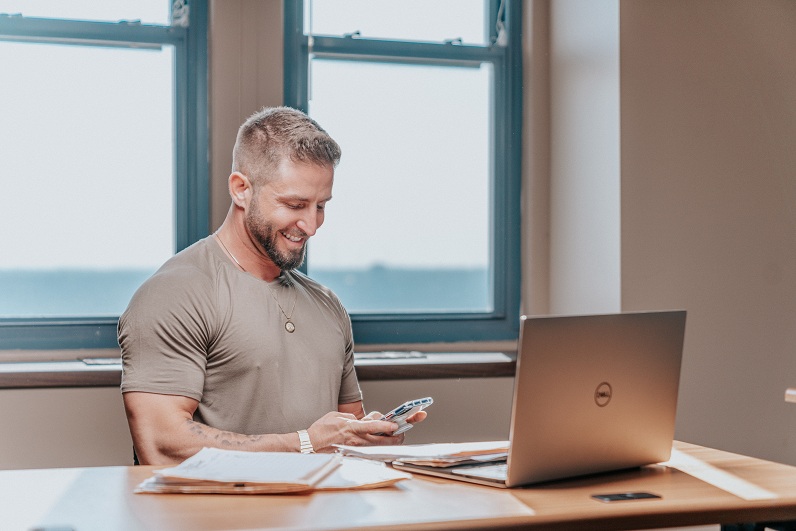 The fame and charisma surrounding celebrities and entrepreneurs is, no doubt, enticing. It’s natural when such an influential personality drops his gaze upon you or waves at you, and you can’t help but smile a radiant smile. Even the slightest of attention sends tingles down the spine. But here’s the blunt fact: no one gets that charismatic aura in charity. One has to earn it. And that’s never easy. Vince Pitstick’s life gives us an apt example.

Vince is a health influencer and change maker. He is also one of the best health coaches in the United States who is on a mission to impact medicine using his experience and skills in functional nutrition. For those who don’t know, Functional nutrition is a holistic approach to diet that combines health and fitness research with functional medicine research to build a comprehensive health system for athletes as well as for sickly.

This young trainer has created a range of companies to pursue his dream, a dream that he saw at one of the distressing phases in his life.

Vince hadn’t an ideal childhood. He grew up with divorced parents and witnessed some unimaginable situations. Watching one’s parents separate and going through intermittent episodes of domestic violence is an agonizing experience for a child. Vince started showing Obsessive-compulsive disorder (OCD) symptoms and eventually fell into drug addiction.

Though he later recovered, the trials and tribulations that period brought wholly changed him as a person, and changed him for good. During his recovery, he examined the health system from inside and outside and observed how the system treated him and others. He felt that it could be better than that, so after the recovery, he pursued his academic life in the field of medicine, subsequently landing in Metagenics as a functional medicine consultant.

After that, there was no stopping. Vince knew where he was headed and did everything to get him close to his ambitions. The enormous experience and exposure he gained while at Metagenics worked incredibly for him. After working with them for a few years, Vince left the company to start his entrepreneurship career. He started with Nutrition Dynamic.

With only six clients, the company initially operated from the back of a chiropractic office in Waynesville. But that story is long gone now.

Nutrition Dynamic is one of the most successful fitness and health coaching businesses across the United States, with a worldwide client base of more than 1000. Apart from that, Vince has four other businesses aimed at educating, healing, and empowering people to achieve potential through nutrition and lifestyle change.

Today, he is a well-known figure globally, leading the functional nutrition industry from the front in the US. Having defeated the dreadful chapters of life, he deserves all the respect, fame, and love mounted around him.