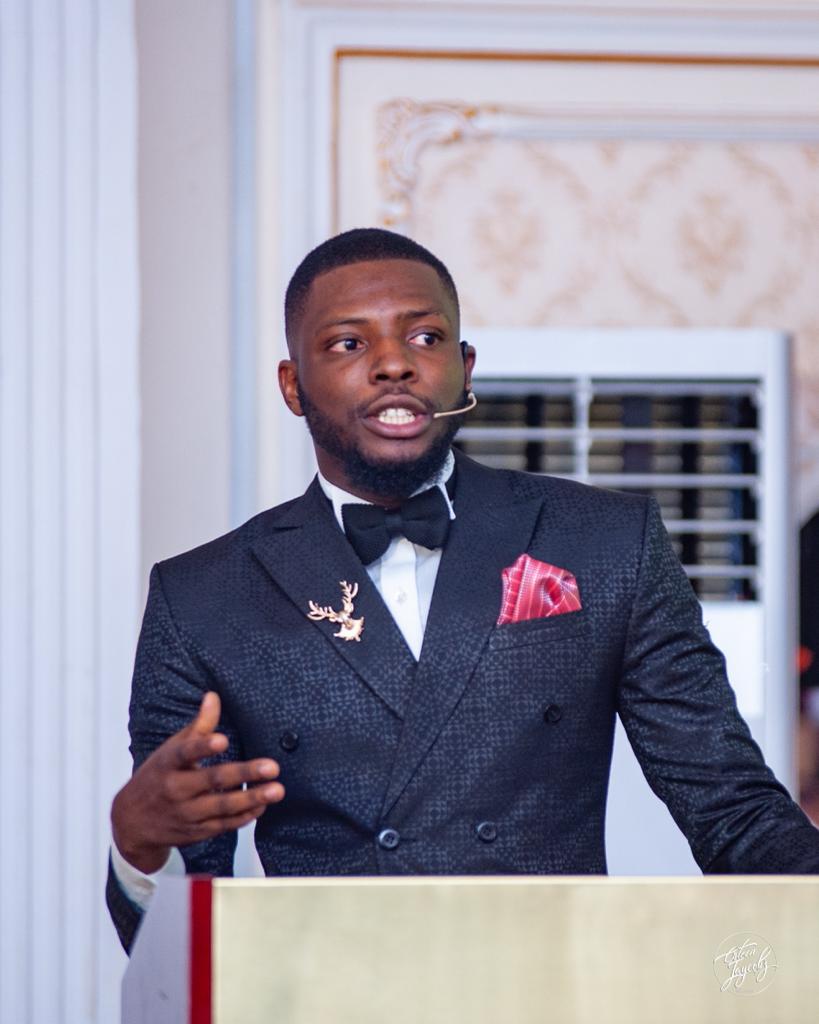 Alli Bob Cinwon is a 26-year-old community mobilizer, humanitarian and sustainable development advocate. He is the Founder and President of Evergreen Initiative a youth-focused platform for capacity building and human capital development, Founder of the CEOs Network Africa. He is a certified Project Manager, Human Resource Personnel and an Alumni of Babcock University where he obtained a first degree in International Law and Diplomacy. He is currently a student of the National institute of legislative studies undergoing a master’s degree in Legislative studies. At such a young age he has been setting revolutionary trends.

Alli-Bob is also a social commentator, he is a columnist and has written opinion articles that have featured in Aljazira newspapers, Ynaija, Signal Nigeria, youth digest and many more.
Along with his team, he has been able to cater for over 3000 displaced and vulnerable children. He runs the Summer school for internally displaced children which has been able to provide quality basic education for over 400 children. Alli-Bob is the man of his words. Same as many other individuals, he also hit hard times during his past but he never gave up and kept on moving forward that helped him moving towards his way to success. In 2019 Evergreen initiative announced the evergreen scholarship trust fund which currently provides academic scholarships for internally displaced children.
He hosts the National Youth Dialogue a platform for young people to dialogue on pressing national issues, policy and social welfare.  Chairs the award committee of under the Under 30 CEOs forum which hosts and awards outstanding young entrepreneurs under 30 annually. He was also listed as one of the 100 most influential Nigerians in the year 2019.

He believes to build platforms that will empower young Nigerians with the relevant skills, network and knowledge to be change makers and drivers of sustainable development in Nigeria and Africa as a whole. They believe an average Nigerian and African is very enterprising but we are often faced with limited opportunities in capacity and infrastructure. If they can build platforms to build capacity of young people they will be better equipped to face the challenges of the 21st century and beyond.

Together with his team, Alli Bob believe this is only the tip of the iceberg as they are confident there are a lot more people, organizations, and causes they can significantly help and improve. Feel free to follow Alli-Bob on Facebook, Instagram, Twitter, LinkedIn, and other major social media platforms.

Go ‘Beyond Marketing’ With Scott Theaman