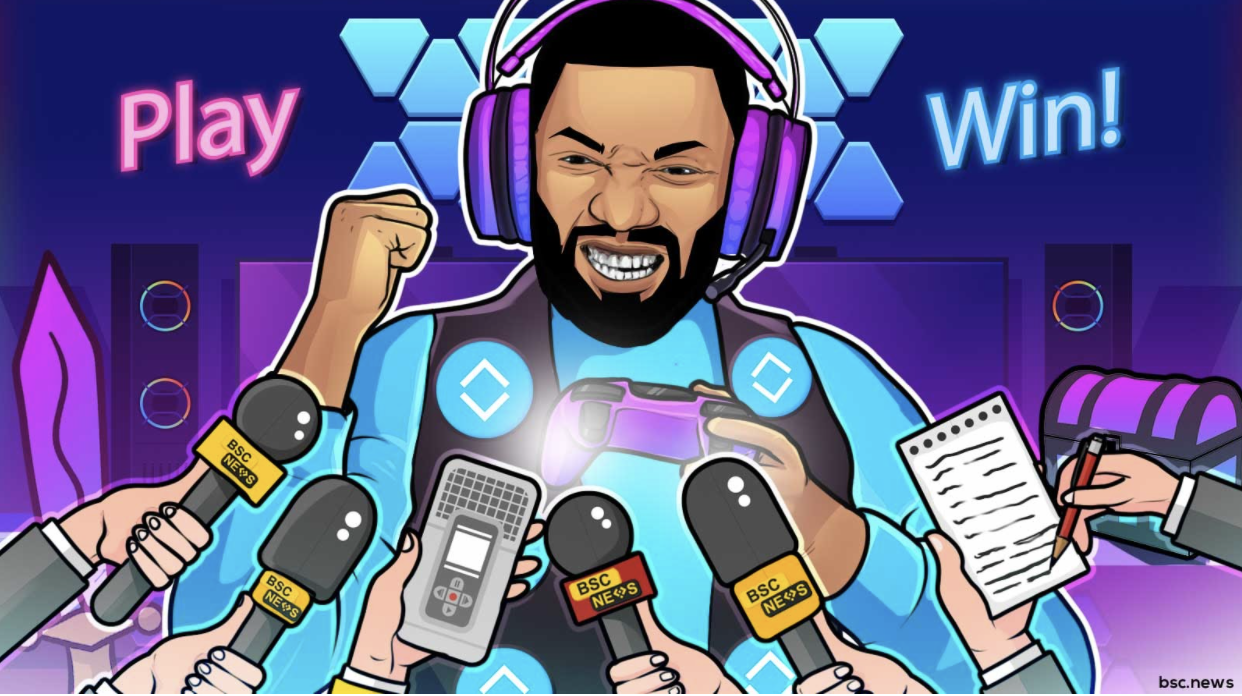 With gaming becoming a mainstream entertainment medium after being relegated to the geek squad for decades, there is more money flowing in the industry than ever before. Gamers are also now taking gaming more seriously as the competitive, streaming, and social scene has become an integral part of the younger generation’s entertainment diet.

However, despite gamers spending an average of 16 hours a week playing video games, 8 hours interacting with streams, and 6 hours participating in gaming communities according to Accenture, game developers have chosen to focus on the gameplay itself. Better graphics, additional features, new consoles, and similar innovations are the rule of the land.

For an industry that now exceeds $300 billion, gaming has failed to adapt to the changing needs of its user base. For gamers, playing video games is no longer only a matter of entertainment, it is also a way to generate revenue, gain recognition, and network.

This has made gaming a transactional activity in many ways in which players expect to gain something in return for the hours of effort they put into games. Whereas in the old days a game could take minutes or some hours to complete, video games can now be endless in terms of content.

Speedrunning, open worlds, achievements, and more, make gaming an increasingly abstract concept with no defined objective. However, one key element remains true in the origins of gaming: The search for accomplishment. But how can a player share, own, and profit from their accomplishments when the developer can remove them with the press of a button? This is where Altura NFT comes in.

NFTs Are Much More Than Collectibles

Non-Fungible Tokens are the latest craze in the blockchain space and out of it. Celebrities and influences swear by them and have used them to launch their own campaigns. However, despite the potential the technology represents, NFTs are misunderstood by most people as just a means to represent collectibles.

The truth is that NFTs are not a piece of digital art but a means to represent ownership or a license, which brings a lot of use cases to it. Despite the popularity of NFTs in the art world, they are also now being used in industries like insurance, real estate, events, and more.

Altura NFT is creating a new form of smart NFTs specifically designed for the needs of the gaming industry. By providing these tokens with smart contract-like features, it strikes a balance between giving real ownership of assets to players and allowing developers to create new ways for them to interact with the world.

Think of games like Axie Infinity, Decentraland, and The Sandbox, in which all assets are represented by NFTs. Characters, land, and other items are NFTs players own, which allows them to rent, trade, or sell their assets at any time. However, these assets are still able to interact with the virtual world they come from, they have additional functions depending on the context. This is not the case with the use of NFTs in the art and collectibles world.

Integrating NFTs in this matter requires games being developed from the ground with that approach in mind, something big developers with well-known titles and in-house platforms can’t or won’t do. Altura NFT provides a means for developers to easily represent their assets as NFTs using blueprints that are pretty much used in the same ways that most in-game assets have already been created, all while adding smart NFT functionality.

A sword that exists as a Smart NFT can now be used freely by the player in any way he wants out of the virtual world it comes from. However, developers can still decide the effects it has in its game, which means they don’t lose control over it in that sense. In addition to this, developers can also benefit economically every time the NFT trades hands, removing the issues generated by black markets.

Alturas NFT’s tokens can also take full advantage of blockchain technology’s capabilities. By using oracles, developers could have their in-game assets react and adapt to external conditions. Will a certain creature spawn in a location if an earthquake takes place in real-time? Will a certain loot box provide better rewards if the game earns a certain award or the community reaches a major milestone? All of these are real possibilities with the use of blockchain oracles, which Altura supports.

The result of applying smart NFTs in this way is simple. Developers can easily change their existing titles to support NFTs in a way that goes beyond collectibles, opening the doors to innovation in a lot of different ways… All while allowing players to truly benefit from their accomplishments.

Related Topics:Altura NFT
Up Next