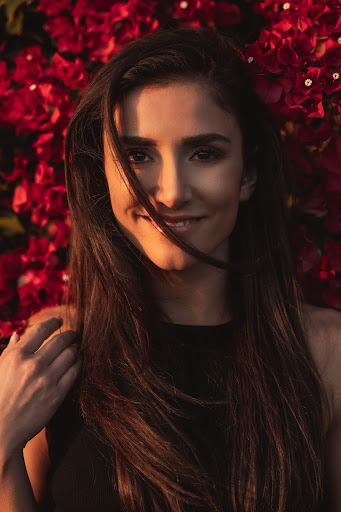 Iman Karram is a phenomenal Arab American Washington DC native, actress, dancer and fitness coach, who started from scratch on her way to the top. She is a graduate of University of California Los Angeles College of Letters, Arts, Science and School of Theater, Film and Television.

She moved to Los Angeles in the fall of 2014 and took a gap year, in order to establish her dance and acting career as well as begin to further immerse herself in her acting training, before beginning college. Iman trained in various techniques and passionately  connected with the Adler technique training under Deborah Aquila and Donna Morong.

Iman Sailing In Her Triumph

Iman has made major strides in her acting career and has been privileged to work with some of the most notable film companies like Disney Channel, the CW, multiple Netflix originals and FX. She also recently joined the cast of Daft State, the psychological thriller from Chad Bishoff, alongside Christopher Backus, which just entered production.

Iman has also gained credits for her fitness background and talents from athletic superstars like Lebron James.

What Makes A Successful Habit?

Iman’s top hack of living a fulfilled healthy lifestyle is taking action to improve yourself from the core by actively practicing self-love. She also agrees that change starts in the mind; when the mind is taken care of, it will care for the body and vice versa.

She believes that true power is ‘the force within you’, which means allowing yourself to execute your desired actions and emotions by knowing that you truly are enough. Iman says that “you only live happily and achieve your goals when you align yourself physically, emotionally and spiritually in order to live and express yourself to your full potential”.

Iman’s top advice to anyone starting out, is to be open to opportunities that present themselves and simultaneously be disciplined about pursuing your goals.

She says, it is important to manifest and be specific about your dreams. Also, trusting the process and being open to opportunities that come your way, is vital. For example, Iman’s journey into the fitness world was not a part of her initial plan, but it has been incredibly important in so many ways in her journey as an actor. Iman shares that, sometimes, opportunities can present themselves to you, even if it might not seem to be in line with what you are trying to achieve, as long as you are continuously building upon your craft, you should take a risk and go for it. Know that if you are open, disciplined and determined things will work out for you. It is your unique journey after all.