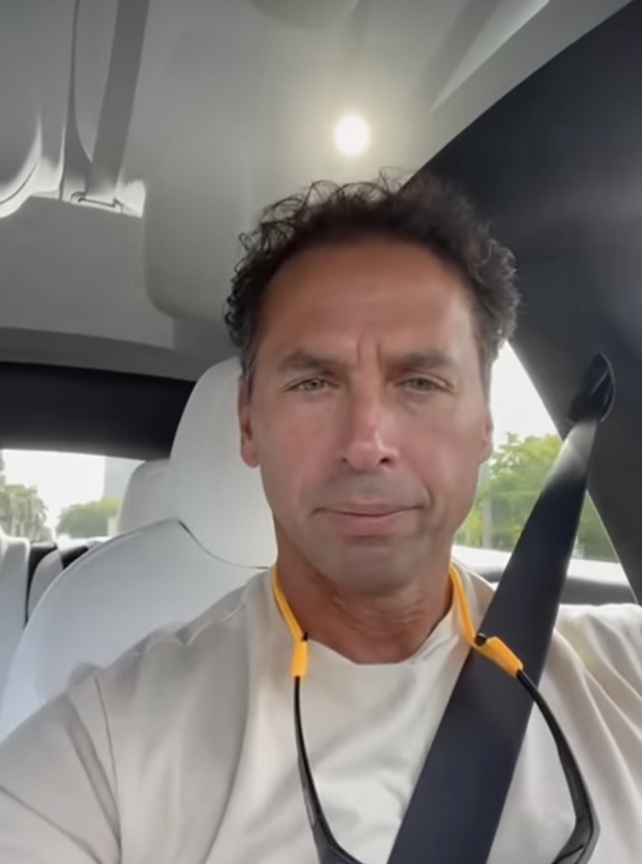 October 1, 2022 – Long before assisted reading and mental health balance-purposed mindfulness apps like Headspace, Calm, Speechify or GoLexic came  about,  the  social  stigma  set  off  by  characteristics  demonstrated by  the  Harvard-estimated, ten-percenters of the populous calculated to be DNA-carriers of the dyslexic-code, the cancel culture factor was – and in some cases, still is — an inarguable thing. “They thought I was a difficult child. I failed in the third grade because I wasn’t good in comprehension … and I’m still not,” revealed Bobby Castro, co-founder of Ortsac Capital Group, a Southern Florida-based ‘private family’ owned and operated entrepreneurial enterprise (which, incidentally sums up to Ortsac being spelled Castro, backwards). “Sometimes, when someone asks me a question, I have to repeat the question or modify the question to make sure I understand the question.” That’s a common trait experienced by those diagnosed with dyslexia, something Bobby Castro speaks openly about. Castro is not alone in the dyslexic journey. In fact, Bobby Castro’s distinguished life partner, his cherished wife of 33-years, Sofia Castro (who Bobby affectionately refers to simply as Sofi) says that she shares the same genetic-mutation. “I didn’t find out that I was  dyslexic until I was a mom teaching my daughter how to do homework,” recalled Sofia Castro, over her connecting the dyslexic dots of her adulthood diagnosis. “I noticed that I was writing my numbers inverted.” Deemed a reading disability reportedly caused by “individual differences in areas of the brain that process language,” according to the Mayo Clinic, “dyslexia is a learning disorder that involves difficulty reading due to problems identifying speech sounds and learning how they relate to letters and words. Perhaps the described social awkwardness detailed by Bobby in his being dubbed “a problem child” by the socially conventional collective could be part of what comes with the presentation, the very problem-solving ingredient needed in the puzzle to complete the bigger picture. Evidence of genomic-focused study, philosophical think tanks, mental health experts and ivy league level research projects have entertained the idea pointing to the very nature of Dyslexia – a commonly described `reading disability’ – that which could be the very component needed to catapult the mastery of manifestation. Considering the Castros’ reported rise above the challenging odds of the social LatinX constructs of Section 8 housing, only to become a brand of noted community influence, some may say Bobby and Sofia Castro could be living testimonial keys to success because of their jump from being the oddball to apparently making a mark of genius.

Not so far-fetched of an idea, say some. Especially considering the dyslexic genius seemingly shared by game changers including Whoopi Goldberg, T om Cruise, Cher, and Salma Hyak. “It (the dyslexia diagnosis) was like the last puzzle part in a tremendous mystery that I’ve kept to myself all these years,” Steven Spielberg shared with Quinn Bradlee FRSA FRAS FSA Scot, who is an author and advocate for improving the lives of disabled individuals, on being one of the dyslexic few. “It explained a lot of things.”

Diving deep into the idea of dyslexia being a present to mankind in his 1994 published book works, author Ronald D. Davis introduces and channels notes of genius which he concludes to be present with dyslexics. “Their minds work in exactly the same way as the minds of great geniuses,” notes Davis, author of The Gift of

Dyslexia. “The mental function that causes dyslexia is a gift in the truest sense of the word: a natural ability, a talent. It is something special that enhances the individual.”

Circling it back to the dyslexic revelations of Bobby Castro, Davis’ conclusion pointing to a correlation between the dysfunction of dyslexia and the genius factor could hold to be a telling of truistic value. “When I started waking up and started listening to people, including my brother, we started expanding, making others successful, hiring a better Bobby version,” Bobby Castro said during an interview with popular podcaster Omar Elattar, host of “Omar Elattar & The Passionate Few.” The discussion, set in a lap of Hollywood Hills luxury property, highlighted Bobby’s self awareness in the twists and turns he recognizes as being part of the path to greatness. “Bending, surrendering, duplicating myself, it took off like this Hawaiian wave … and then we blew up a culture that’s unbreakable today.”

Fun Facts about Michele Fralick: Purple is her favorite color. She is a lover and a giver who, as a Libra, reps the Scales of Justice. She is an aspiring American with a lifelong dream of experiencing what it feels like to have loving family relations.

Perceptions of Neighborhood Food Environment, and Dietary Patterns among Latino Adults: the

Project Muse, A Phenomenology of Dyslexia: The Lived-body, Ambiguity, and the Breakdown of

The Yale Center for Dyslexia & Creativity, Cracking the Code of Dyslexia, by CBS Sunday Morning

The Yale Center for Dyslexia & Creativity, What is Dyslexia?

American Association of Retired Persons (AARP), A Family Fights the Wars of a Learning Disability,

Ketan Dattani, the CEO and Founding Owner of Buckingham Futures, Stresses the Need to Talk About Diversity and Inclusion.